A new twist on the Japanese business hotel

The Japanese business hotel experience is fairly universal. Anyone who spends time in Tokyo can at least recognize them from the outside; in fact one could argue that the speckling of blue neon Toyoko Inn signs are what make Tokyo’s night time skyline what it is— they’re everywhere. The beds are hard, sitting adjacent to a desk on one side and a relatively small bathroom on the other. Wi-Fi strength varies, but aside from that not much sets one Japanese business hotel apart from the next.

You will find the exception in an alley near the northernmost tip of Honshu at the Aomori Art Hotel Color in Aomori-Shi, Aomori, a ten minute walk from Aomori station in one direction and from the port in the other. There you will be greeted most immediately not by a hotel employee, as at more up-scale hotels, or by a sign pointing you to check-in, as at other business hotels, but by a face, highly made-up eyes and mouth painted around a bright red nose made out of the fire alarm, surrounded on the wall by pink and blue dots and blotches, suggesting that this hotel could be the most fun accommodation you’ve ever had. Adjacent walls are no less colorful, varying in design from abstract to apples, the prefecture’s native fruit.

True to its name, the lobby of the Aomori Art Hotel Color boasts little red, yellow and blue leather stools, and wooden tables that look like they have been colored on with crayons in the cute-but-not-childish way.

The rooms fit the business hotel mold: the walls are bare not painted, the fire alarms faceless.

But the next morning the breakfast buffet will break this mold again. This is partly because apples themselves, red or green, often seem to burst with color, and here paper apples and apple trinkets decorate the entirety of the room, while the buffet offers everything from apple butter to apple juice to the forbidden fruit itself. (It also includes a lovely assortment of breads and an elaborate guide on which ones taste better toasted, as well as traditional Japanese breakfast options).

For me, the Art Hotel Color Aomori reversed what I experienced in Tokyo, where the Toyoko Inns are the least colorful part of the dizzying kaleidoscopic skyline. In contrast, Aomori is a grey city; even its night time sky is quiet and mostly monochrome, and this business hotel alone provides all the color the city could need. 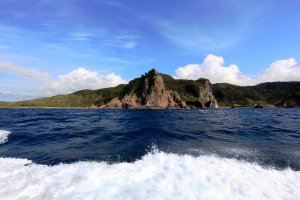 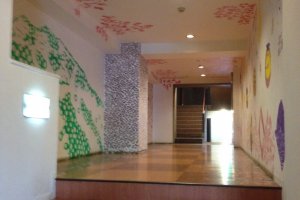 Bonson Lam a month ago
This almost reads like a movie plot, full of twists, and that is the adventure in going off the beaten track.
Reply Show all 0 replies

Elena Lisina a year ago
I liked the latern festival, and the hotel is beautiful, too.
Reply Show all 0 replies