Tachikawa City has a lot going for it and with many places of interest, the city's major natural spaces to stand up well under the spotlight. A massive memorial park set up for an emperor, a environmental strolling path and a jack-of-all-trades open space lead the way. Here is an introduction to some of the natural spaces of Tachikawa and how to reach them.

A green path that extends to follow along the Zanbori River, walking the Negawa Greenery Road allows you to take in the atmosphere of local ponds, canals, seasonal flowers and foliage as well a lot of wild birds and animals. Close by is the Kiro no Hiroba mist square where water showers spray out a fine mist of water, making a play date with the kids a great idea in summer.

An 8-minute walk from Shibasaki-Taiikukan Station on the Tama Monorail Line.

While the city has plenty of tiny public parks, nothing in Tachikawa can compare with the city's section of the massive Showa Memorial Park. Set up in honour of Emperor Showa's 50th year on the throne, the park is crowned by the sophistication of its memorial museum and bonsai museum. The park's seasonal gardens, picnic grounds, groves and walking trails make it an everyplace for everyone.

A 2-minute walk from Nishi-Tachikawa Station on the JR Ome Line.

Sitting along the northern banks of the Tama River lies the rather extensive Tachikawa Park. A curious conglomeration of athletic and sporting tracks, baseball fields, futsal courts and even a dedicated bicycle obstacle course, the park turns out to be a bit of most things for almost everybody. A feature is the Negawakaigarazaka Bridge connecting the park to the neighbouring city of Kunitachi.

A 10-minute walk from Shibasaki-Taiikukan Station on the Tama Monorail Line. 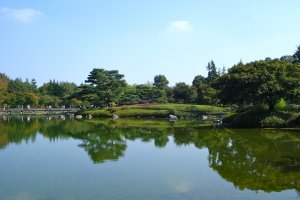 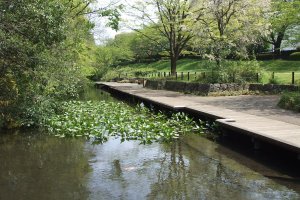 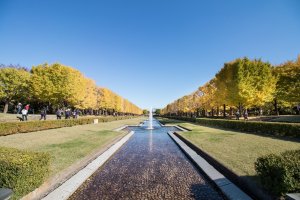 Bonson Lam a week ago
I feel like a king of Versailles strolling down these graceful gardens.. Just need a horse and open top carriage.
Reply Show all 1 replies

Elena Daurtseva 2 weeks ago
I love Japanese parks, it is idyllic and calming.
Reply Show all 2 replies

Sleiman Azizi Author 2 weeks ago
To be fair, there are a lot of very plain empty spaces in the suburbs but they really are overshadowed by the quality of the good parks - which are everywhere!
Reply

Elena Daurtseva 2 weeks ago
Yes, I love how Japanese care about every single bush and tree, that's why it is so nice walking around and see all the those picturesque gardens, parks, alleys. Gorgeous!
Reply
5 comments in total
Back to Contents