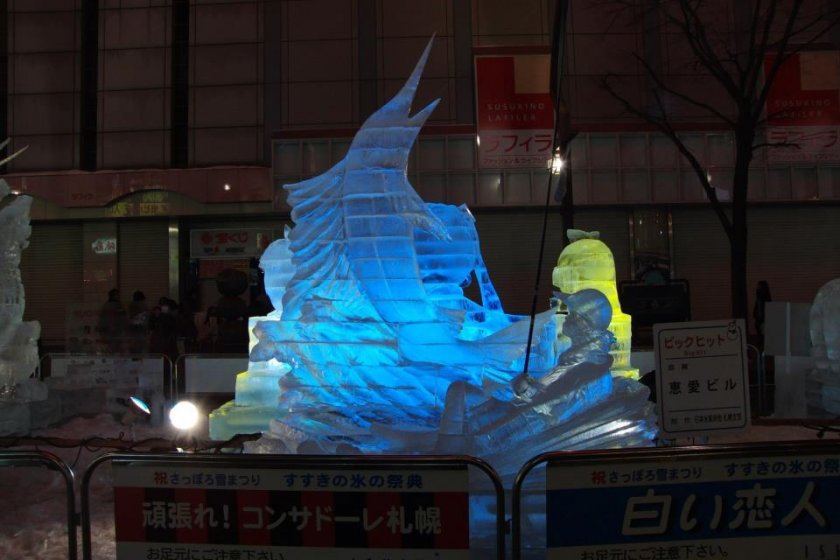 Lit up sculpture in Susukino

The best time to visit the Ice Festival is in the evening after the sun has gone down. Susukino comes to life with the neon lights of the izakayas, hostess bars, and karaoke buildings. The ice sculptures are lit up and tourists crowd along the streets. Some of the artwork featured in 2012 was frozen sea life like crabs and octopus frozen within blocks of ice, a sculpture of the computer animated pop-star Miku, and intricate dragons and horses. If you’re looking for something besides sculptures, ice bars are scattered along the street with everything carved from blocks of ice, from the seats to beer mugs. There is also a beauty contest called the Susukino Queen of Ice where you can meet the contestants before the event.

I should have been prepared since I knew Susukino is a red light district, yet I was still completely shocked to see the amount of hosts and hostesses wearing thin suits and miniskirts in the dead of winter. I was wrapped up in layer upon layer, my scarf covering most of my face, and heat packs in every possible place. I couldn’t imagine the cold they had to endure as they tried to bring punters to their bars. I found it difficult to walk a block without finding shelter in the warmth of a department store. I had a system going on: walk the block, go inside a store to warm up, go a block, and repeat.

After half an hour, I couldn’t bear to be outside any longer. I went to Daruma, a famous chain restaurant where they serve traditional Hokkaido food: Genghis Khan (ジンギスカン). Named after the Mongolian warrior, it is lamb barbecued on a dome-shape skillet with leeks and onions. Smoky from the sizzling barbecues, Daruma was a perfect escape from the cold. 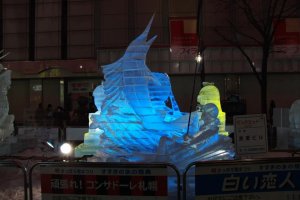 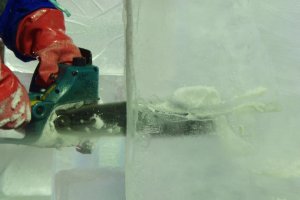 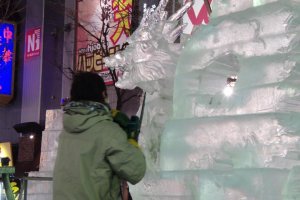 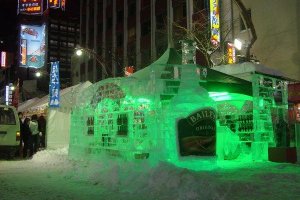 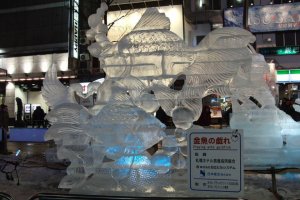 Catherine Hagar Author 8 years ago
Yes, Susukino is definitely the clubbing area of Sapporo, so it's always crowded. Luckily, the Ice Festival is free of charge, just as the Snow Festival in Odori Park.
Reply Show all 0 replies

JapanTravel Guest 8 years ago
Been to suskino for drinks and having a good time -- my understanding is that it's basically the Roppongi of Sapporo. Never knew that it had its own snow festival. Is it all free of charge?
Reply Show all 0 replies
2 comments in total