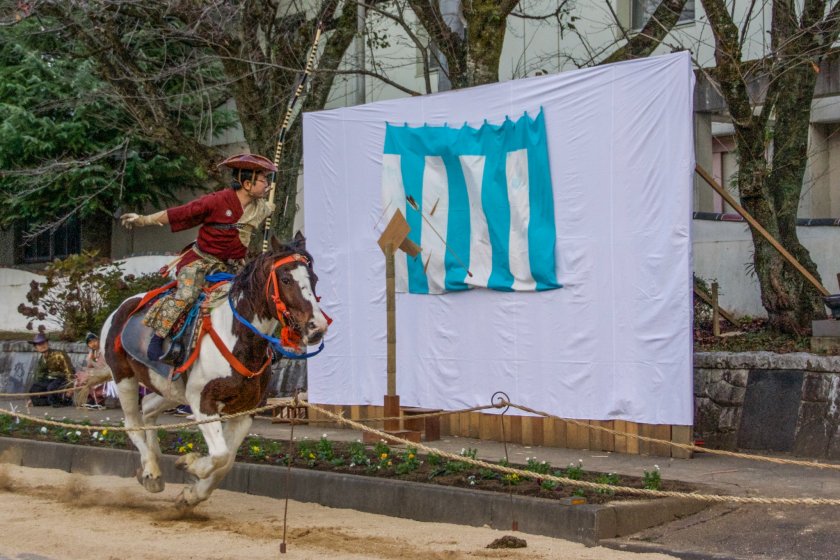 Every year in Kasama, on November 3rd, there is a performance of yabusame, or horseback archery. You can watch this unique and exciting ritual at a school that is a short walk from Kasama Inari Shrine. Yabusame is a ceremonial form of archery and this is one of the three major performances in the Kanto region.

A yabusame archer rides a galloping horse along a 255-meter (about 836 feet) track and tries to hit three targets equidistant from each other. This is an incredibly difficult task and only a few are honored by being selected to be a yabusame archer. It is so difficult to even hit one target that it is rare, and considered a great accomplishment if the archer hits all three. Although one might think that this is an easy task, it is not. The yabusame archer uses both hands to ready his bow and shoot all while controlling the galloping horse with his knees. While the archer shoots you will hear them shout “in-yo in-yo” which means darkness and light, similar to ying and yang.

The yabusame archers look impressive, dressed in medieval hunting outfits astride their horses. Their outfit usually includes a reed hat, cloak, arm guard, and a deerskin over their legs. Watching them really takes you back to medieval times. In fact, in medieval times, the bow symbolized power, and the ability to shoot an arrow accurately was the ultimate mark of a true samurai. Minamoto no Yorimoto created yabusame in 1187. According to some sources, he felt his archers lacked adequate skill and that yabusame would be a form of training for samurai.

The archers that are chosen for yabusame compete for honor, not money. In fact the yabusame teachers are not even paid for their efforts. Instead they believe in the importance of passing on their skills and increasing the popularity of yabusame.

If you like medieval activities, samurai, archery, horses, or a spectacular show, I highly recommend seeing a yabusame performance.

I am a 20 year old student living in California, USA. I am in my third year at college pursuing an economics major. I have been traveling since I was just a few months old. So far, I have been to 35 countries, on every continent except Antarctica. Some of my favorite places and experiences are Kenya, France, playing the guitar, camping, exploring, and meeting new people. 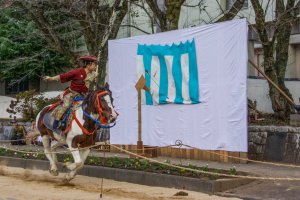 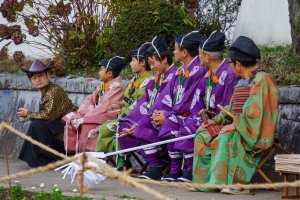 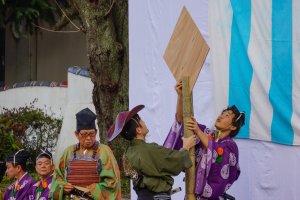 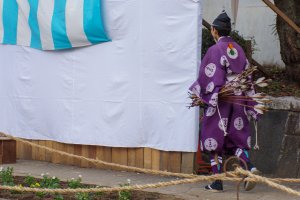 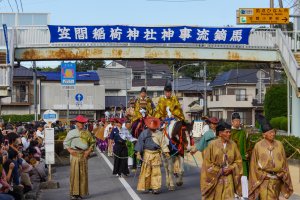 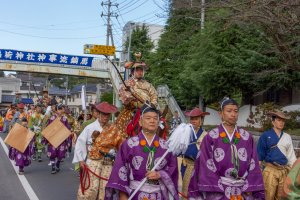 Justin Velgus 5 years ago
I love the colors of their costumes!
Reply Show all 0 replies
1 comment in total