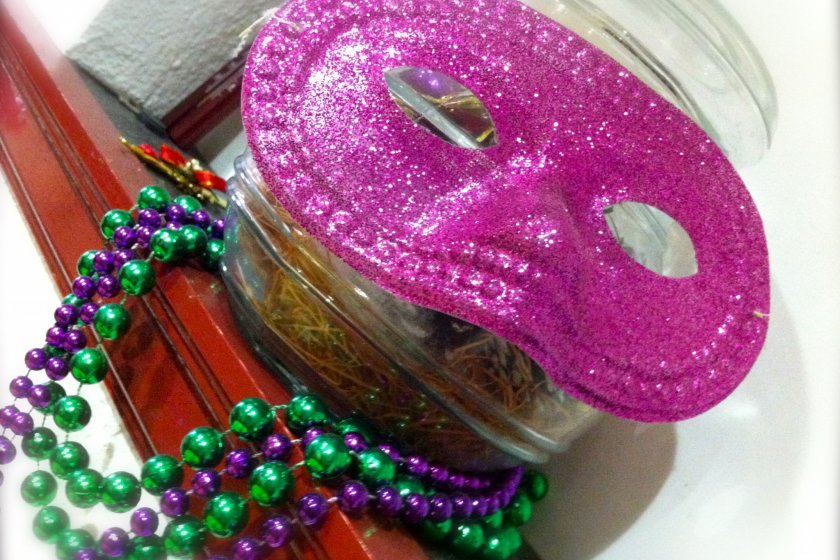 Mardi Gras six days a week at Nawlins in Yokosuka

**Nawlins is now Nawlins BBQ House! The Grand Opening at the new location took place on the weekend of May 31, 2014. Read more here on the real, slow-smoked American BBQ and 21 Craft Beers on tap!**

Have you been to “Nawlins” yet? New Orleans or Nawlins, I’ve been to both and each is unique in its own right yet pronounced the same way. Since I’m currently living in Japan, I’ll tell you a little bit about Nawlins which is one of my favorite restaurants in Yokosuka serving authentic New Orleans po-boys and cuisine.

First on the Nawlins menu are Po-Boy sandwiches. The origin of the term Po-boy is uncertain since “Pourboire” (French for a tip given to a waiter) and “Poor boy” (Lousiana streetcar workers on strike were served free sandwiches in Louisiana) are both referenced. However, these traditional submarine sandwiches from Louisiana consist of meat or fried seafood and served on baguette-like French bread, known for its crisp crust and fluffy center. Nawlins Po-boy sure does hit the spot with your choice of moist turkey on a perfectly baked French roll served with creole potato salad.

The Cuisine specials such as Red Beans & Rice with Catfish, Southern Fried Chicken or Seafood Platter are all so scrumptious you will want to fill your tummies with more, but physically can’t! I will warn you though, save some space and pair your meal with a glass of Sweet tea and warm Bread Pudding for the perfect comfort meal!

What makes this cozy restaurant extra special is the customer service from the restaurant staff and its owner, Charles Hall, a 30-year Navy Veteran and founding Pastor of Christian Ministries Far East (CFME). Everyone just makes you all feel at home. Open Monday through Saturday from 11:00am – 10:00pm, you can place your order by phone or in person at the walk-up window. You can enjoy your meal inside while watching American television shows or football. Nawlins is a huge fan of the New Orleans Saints!

During our last visit, we ran into Mr. Hall and learned that some new changes are going to take place over the next few months. Nawlins will be expanding into a two-story building closer to Blue Street. BBQ and Greens, to name a few, will be a nice addition to their menu. A bar and a live jazz band just tops it off. The current location at the CMFE building will convert mainly to a breakfast menu serving items such as waffles and grits & shrimp, operating as a bakery & café. Our family is really excited about this and can’t wait to enjoy another meal at Nawlins!

Located within minutes from the Yokosuka Naval Base and Mikasa Park, Nawlins is a perfect addition to what we know as Downtown’s “Blue Street” that spans from Yokosuka-Chuo Station to the Navy base. Similar to New Orleans, this street is recognized as the country’s gateway to jazz music, local street musicians and dancers. Once on Route 16, head south. Pass 7-Eleven and then through the overpass. The CMFE building is on the next block, left hand corner. 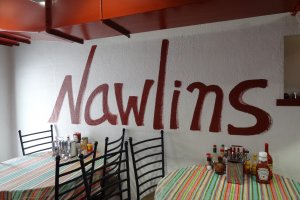 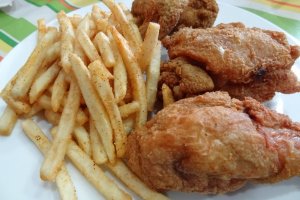 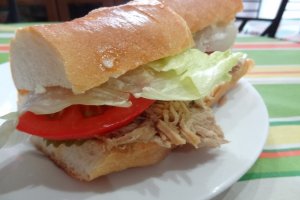 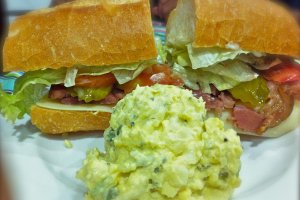 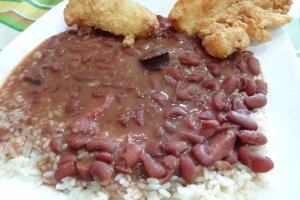