People in Sendai seem to just love cats. For a city of its size, I was surprised to find out there were two cat cafes downtown when I moved here in 2013. With a new year comes new beginnings--and another cat cafe!! Since March 2014 Neko Colle (ねここれ) has been giving locals and visitors in the city many more reasons to say kawaii or cute!

The cafe is conveniently located steps away from the front of the Disney Store (a popular meeting place) on Hirosedori, look for the street level sign at the Okuda Building. A quick elevator ride to the sixth floor and you have arrived. First you'll enter a spacious reception area where a staff member will greet you and explain the price system. You can also purchase a number of cat related souvenirs here.

Listed below are the standard prices, but keep in mind prices are less on weekdays and there is a 10% discount for students and full time company workers:

The prices are on par with the two other cat cafes in the city Neko Cafe Aikyatto and Tenshi no Koneko Neko. I like how this cafe offers a 15 minute course as sometimes you just want to snuggle some kitties after a tough day or between running errands. Drinks are sold, but no snacks--for us at least. Neko Colle sells packs of 10 and 25 cat snack packs for 100 and 200 yen respectively. Since cats are adored all day, sometimes they may not care about any regular customer. Pick up these snacks and the you will become very popular.

Then the reason you came: the cats. Naturally, they are very cute in not only appearance but behavior as well. There is a wide range of cat types, all with their personal biographies listed on the wall for the true fan to indulge in. Inside there are big cats, a cat with two different colored eyes, a fluffy feline, and a couple that look like cows with their white and black fur. Pet them, take pictures without flash, and just sit and relax in the warm atmosphere. There is no carpet on the floor, but there are plenty of chairs and benches in the small yet long room.

The cats all look happy lounging around, chasing toys customers dangle in front of them, and climbing on some of the structures. There is a nice view of the street from the window, and a few cat related publications to read. All in all, Neko Colle is great for a quick trip to release stress, relax, and play with cats in a downtown location. 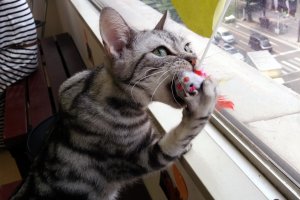 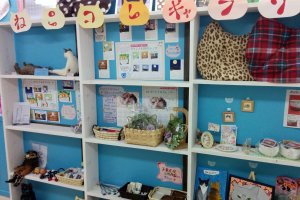 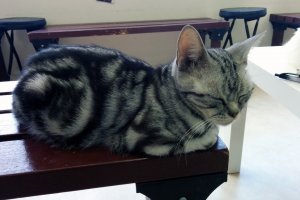 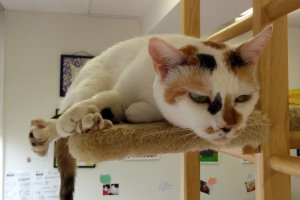 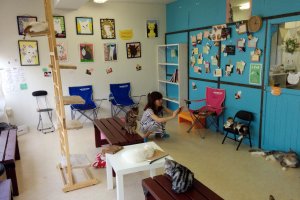 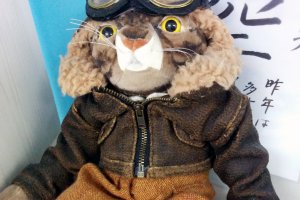 Justin Velgus Author 7 years ago
Yes! I was surprised as you. They are all seperate companies too! Competition is fierce.
I wouldn't believe there were three cat cafes in this city either, except that I have been to all three of them!! One of them twice ^^
Reply Show all 0 replies

Imogen Riethmuller 7 years ago
Cat cafe? The 'two other cat cafes in the city'??? You've gotta be kidding...
Reply Show all 0 replies
2 comments in total