Katsuragi city is in the southwestern part of Nara prefecture, and has a population density of about 1000 people per square kilometer. The city was formed in 2004 when the two districts of Taima and Shinjo merged to form a new city.

It is reached by taking the Kintetsu Minami Osaka line from Namba and is also served by the JR line, at Yamato-Shinjo station. 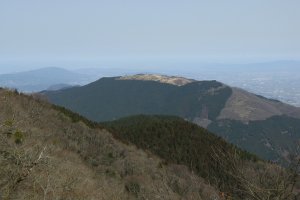