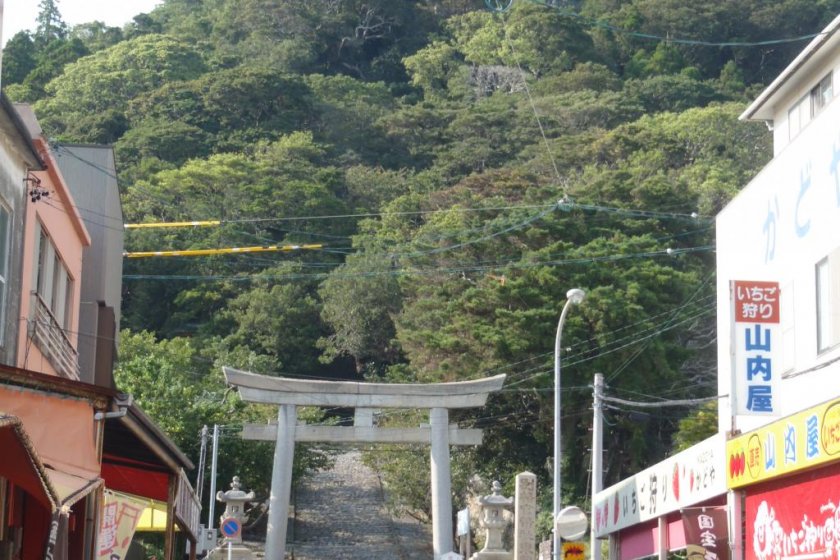 Kunozan[久能山] shrine is the first burial place of Tokugawa Ieyasu, after all, he retired to Shizuoka. Yet the mountain has other interesting features than just the shrine, which is relatively beautiful, and includes a Tokugawa tomb with some part of him. Rather than take the ropeway up the backside of the mountain- those sealed cars always make me nervous- it is better if you are in the hiking mood to go up the front side of the mountain facing the ocean.

It is an easy drive going directly south from Shizuoka station about two kilometers, then turn left onto seaside route 150 heading to Shimizu. After another three kilometers, you will notice the mountain and stone-walled look-out up on your left. Kunozan served as a Tokugawa stronghold in the Edo era. Turn left at the stoplight and convenience store. The parking lot, virtually next to the convenience store's, is 500 yen when there is an attendant. You will notice the Shinto gate over the hiking trail directly in front of you.

While the hike has some quick elevation gain, it only takes about twenty-five minutes at a steady pace to the look-out. The switchback trail consists of irregularly-placed stones and irregular flagstone steps. After or in a rain those stones become slippery, so when coming down you should pay continuous attention to where you place your foot.

Once you enjoy the sweeping view of Suruga bay, you can proceed into the outer shrine grounds. After another thirty meters or so, you will be faced with the entrance to the shrine, admission 500 yen. As you stand there contemplating whether you really want to see another Japanese shrine, up on your right is a cool little museum that is certainly worth the price of admission: 400 yen for adults and 150 yen for children. No photos allowed.

Inside, there is samurai armor, samurai swords, and other intriguing artifacts. Judging by their armor, the samurai were small in stature, nevertheless, judging by their swords, samurai could make sushi out of someone in short order. A couple of the helmets have the likeness of a beast, a bat or a dragon, on the crest which must have struck further fear into the heart of the enemy. 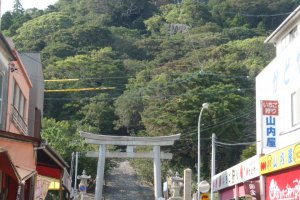 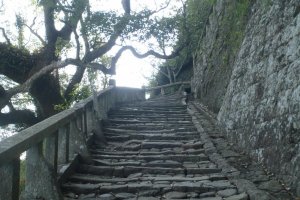 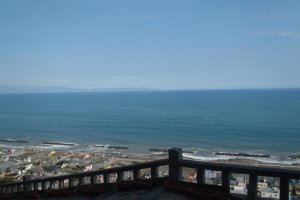