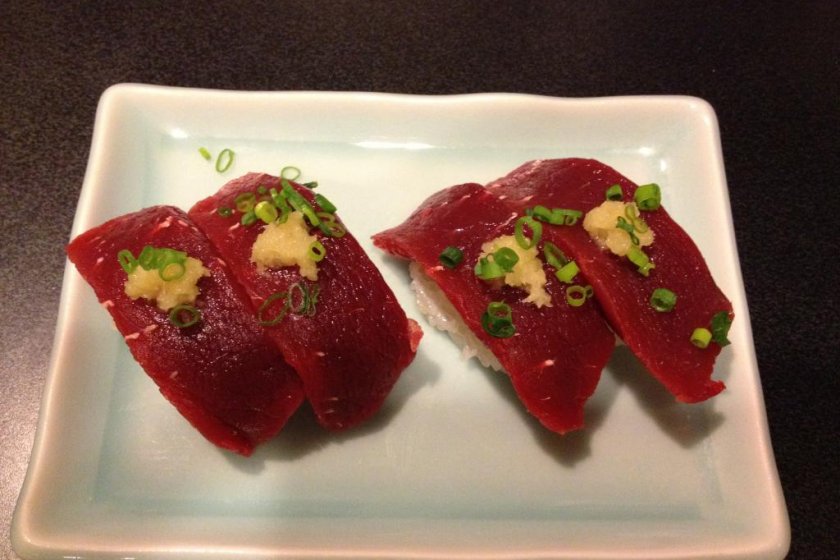 In Zama, Kanagawa there is a gem of a sushi restaurant, with a suave gentleman wielding the knife. In this relatively small town, his status is legendary, and it is entirely possible that I may be making enemies by publicizing his tiny establishment in this forum. So, whatever you do, if you go to Shin’s Sushi restaurant and if a local has to wait for a seat because you are now moaning in ecstasy and scarfing down the sweet sliced fruits of the sea, don’t tell them I sent you.

Sarkeo Shinya, the owner and chef, has been preparing and selling sushi at this location for 18 years. Shin is a handsome and charming man of 60 years (although he looks at least ten years younger) with silver hair slicked back in a rockabilly style. He speaks good English, and over a few nights getting to know each other, he explained the course of his life that led him to become the go-to sushi man in this part of Kanagawa Prefecture.

A lover of American music, movies, and culture Shin spent some time in New York studying English and attending university when he was in his 20's. There were not many employment opportunities for a Japanese man in the U.S. in the 70's, but he did notice that the Americans were increasingly becoming interested in Japanese food including sushi. He returned to Japan, finished his degree in economics, and made a plan to move back to the States as a sushi chef. Shin began apprenticing in sushi restaurants, and worked at several, honing his chops, and mastering his craft. When he had enough of a nest egg saved and was ready to leave for the States, his mother laid the guilt on thick and persuaded Shin to stay. Good Japanese son that he is, he did stay, raised a family, and opened his own restaurant in a quiet, out of the way location, near the Zama Odakyu station. Business was steady with an almost exclusively Japanese clientele, until 7 or 8 years ago when an American pilot from the nearby Atsugi Naval Airbase stumbled in. He discovered not only fresh, delicious sushi, but also a congenial chef-host who delighted in speaking English with him. By word of mouth the popularity of Shin’s spread among Navy personnel, and to this day on a busy night, you will find them at the two small tables and the 6 or 7 counter seats happily drinking and munching away.

Shin buys his seafood at the Kawasaki fish market most days of the week, and he carefully picks the freshest, seasonal offerings. Some of the recent standouts include the spicy tuna roll with finely chopped maguro and fresh ground wasabi, the sweetest, silkiest uni I’ve ever tasted, fat two-bite oysters, Kobe beef, and Minke whale sashimi. The whale (so not politically correct in my hometown) is sliced fat and tastes like briny beef, and is a unique treat available only seasonally. Other standouts include live tiny crabs that Shin fries to crunchy delight to order, and are a perfect snack to wash down with a beer.

A meal at Shin’s is not cheap. But with the freshness of the fish, and the warmth of the host, one wouldn’t expect it to be. A meal for two including a few rounds of sake might cost you around 12,000 JPY. The money, however, is well spent on a meal you will find delightful, delicious, and unforgettable.

To get to Shin’s Sushi take the Odakyu line to Zama station. Walk south on the road along the train tracks for about 500 meters, and you will find it right across from Winderland drugstore. Shin’s is open for business every night but Monday from 7 to 11 PM. Most major credit cards accepted. 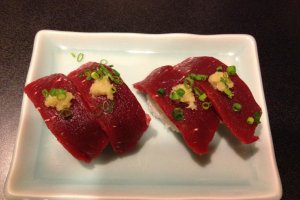 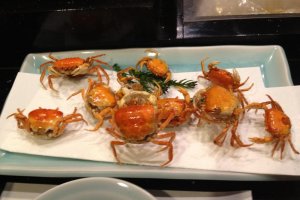 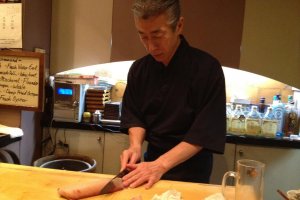