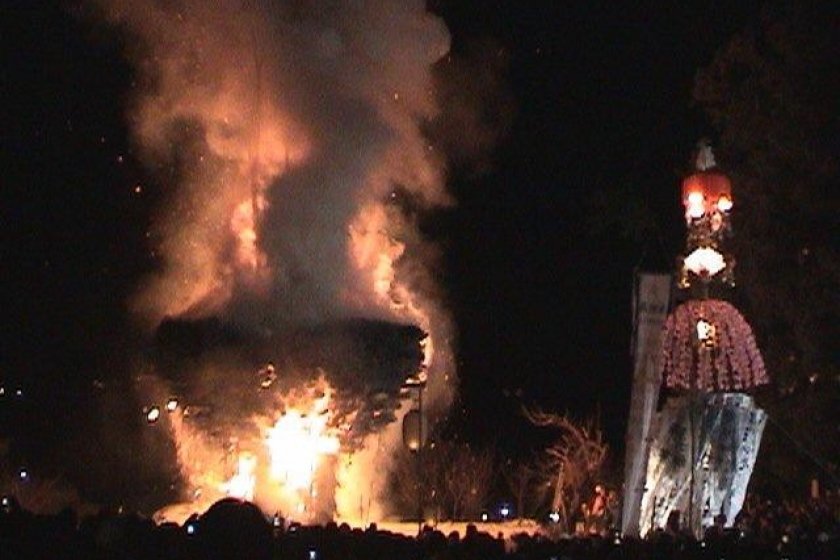 A glorious exhibition of drunken insanity

Mid Jan
The pyre up in flames after the men charged with defending it have fled.
When: Mid Jan 2024

Japanese festivals have a reputation for having a certain amount of danger in them. There are some where firefighters will scale a bamboo ladder, held up by his comrades, and at the top, perform a sequence of acrobatics. It is quite a sight to see, as long as the guy doesn't fall. And then there is this crazy event every seven years in the Suwa Lake area of Nagano where people haul a huge log along a path and at one point ride the log down a steep slope. Spectacular, though someone always gets hurt. Or killed.

None of these can possibly top the Nozawa Onsen Fire Festival. Officially called the Dosojin Fire Festival, this outrageous combination of flames, kindling and tons of sake is held every year on January 15th in Nozawa Onsen, a hot spring resort and ski village in northern Nagano Prefecture. Winter here is complete with several meters of snow, so bring your boots and be prepared to slip around as you make your way to the area where the Fire Festival is held.

The festival can be described as follows: In order to honor the birth of a first child, to purify the supposed unlucky ages 25 and 42, and to pray for a good marriage, a large shrine of wood, rice stalk and other natural, flammable stuff is built in the middle of a snow-covered field. The 25- and 42-year old men of the village stand guard to protect it -- the 25-year-olds from below and the 42-year-olds from above. And who do they protect it from? From all the other men of the village trying to set fire to it. They repeatedly charge the thing with torches while the 25-year-olds fight them off. And the 42-year-olds up above throw down more kindling and taunt the rest of the villagers to try it again.

Add to this the fact that the participants have been loaded up on sake prior to this, and that they are all clad in traditional snow garments made of rice stalks (thus increasing the possibility that they themselves will go up in flames) and you have an interesting show! Ambulances are parked nearby, at the ready, to take away those who have had so much to drink that they cannot stand, let alone charge the pyre holding a torch. If you arrive in the middle of all this, as you push your way through the crowd to see what is going on, you will see a regular flow of inebriated folk being carried out in the opposite direction.

Now this fight will go on for a while, but ultimately the 42-year-olds and 25-year-olds will lose and be forced to flee their posts before getting burned to death. In a very short time the whole pyre will be up in flames, to the delight of all watching. And then, the real spectacle happens: the enormous assortment of burning wood collapses in one enormous explosion of flame and intense heat, accompanied by the roar of the crowd.

When everything is burned and the fire dies down, the big event is basically over, and people start heading back through the snow to the center of the village. Some will want to come and see this again the following year. Others will be thinking, "No way!" But when it comes to festivals in this country, nothing compares to what Nozawa Onsen offers up every January 15th! 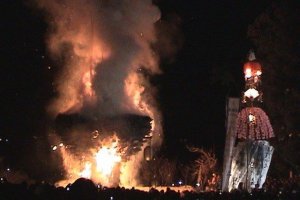 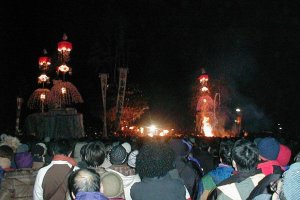 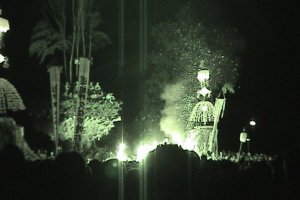 Heard from this festival for the first time. And i really dont know what i should think about it. I think i will just remember it as the craziest thing i read about my new homecountry. :D

Anyway, i dont know why i cannot give you a heart. Nothing happens while clicking.
Reply Show all 0 replies

Karen Zheng 8 years ago
This sounds like a really interesting festival! Love the witty way you wrote it, and would definitely hope to attend it one day:D
Reply Show all 0 replies
2 comments in total