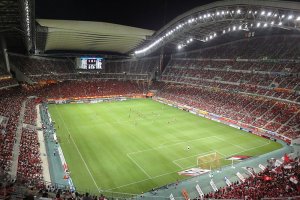 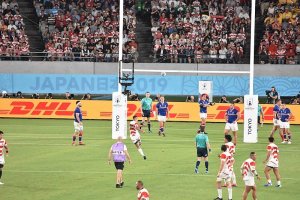 The Toyota Stadium is a football stadium which is located in one of the most important automobile manufacturing cities in Japan, Toyota (Aichi Prefecture). The stadium has a capacity of 45,000 spectators. The venue was designed by the Japanese architect Kishō Kurokawa and opened in 2001 on the occasion of the 50 year of the city of Toyota.

The unique roof design allows the stadium top cover to fold like an accordion. For cost reasons, however, this construction has not been used since 2015 and it remains open permanently.

In 2019 the Toyota Stadium is a venue for the Rugby Union World Cup. The nearby Toyota Bridge, a visual marvel, was also designed by stadium architect Kisho Kurokawa.

The exhibition introduces visitors to Toyota’s automobile technology and work towards a future world.

Visiting a Toyota plant is an extremely interesting experience. One can not only learn about the company's lean philosophy but..

The Toyota Kaikan Museum offers its visitors an educational experience about the company's technology, challenges and success...