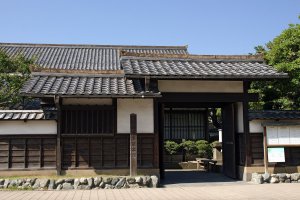 The Lafcadio Hearn Memorial Museum is dedicated to the British explorer who came to Japan in the 1800s. The museum opened in 1934, 30 years after Hearn's death, and renovated and expanded in 2016. Hearn was naturalized as a Japanese citizen after becoming Koizumi Setsu in 1896 , the daughter of a Matsue samurai.

During the fifty-four years of his life he created thirty works, including the well-known “Kwaidan. Strange Stories and Studies from Japan, ”which he wrote in his later years. Hearn's works had a decisive influence on the western image of Japan in the early 20th century. The life of Hearn is presented as well as his accomplishments and ideas.

The Lafcadio Hearn Museum offers not only a glimpse into a fascinating man's life and works but an introduction to a never before..

Why not review more places in Shimane?

If you're headed to the Matsue History Museum, you have to pay a visit to the on-site cafe known as Kissa Kiharu. The cafe serves..

Ramen Dining Naseba Naru Kakeru is located inside Matsue Station, and provides an easy to navigate menu and experience - particularly..

Matsue Castle (松江城, Matsuejō) is the centerpiece of Matsue’s well-preserved castle town. Completed in 1611, Matsue Castle is one of only 12 origi..

Meimei-an and the Tea Ceremony Cu...

Neither Matsue nor Shimane Prefecture are known for matcha production, yet Matsue has become known as one of Japan’s three big..

Step into the Homelife of Samurai