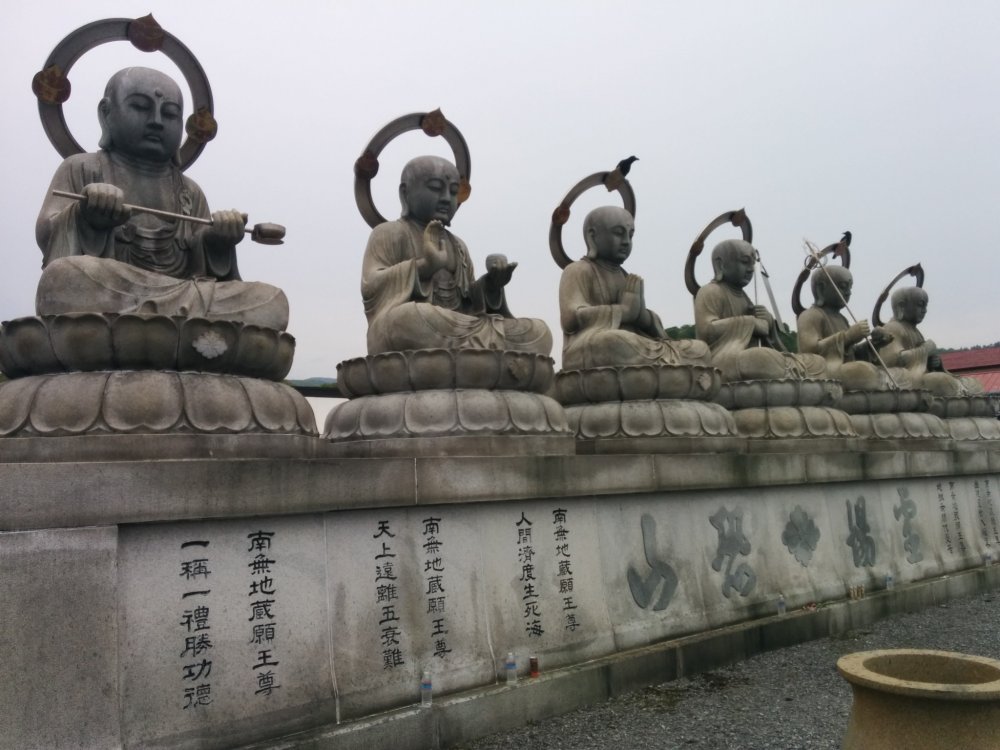 A line of Jizo in the parking lot 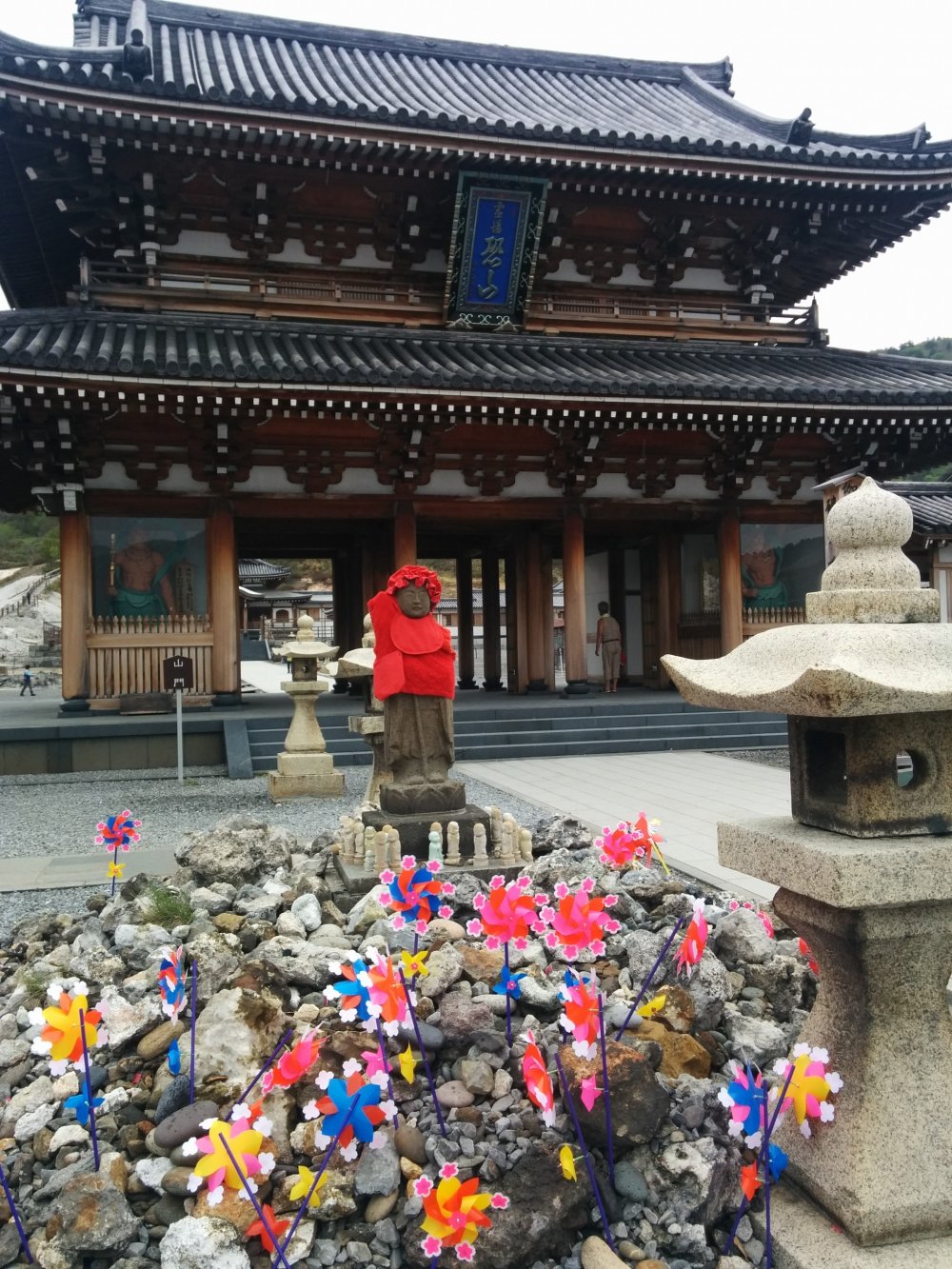 Jizo at the first gate 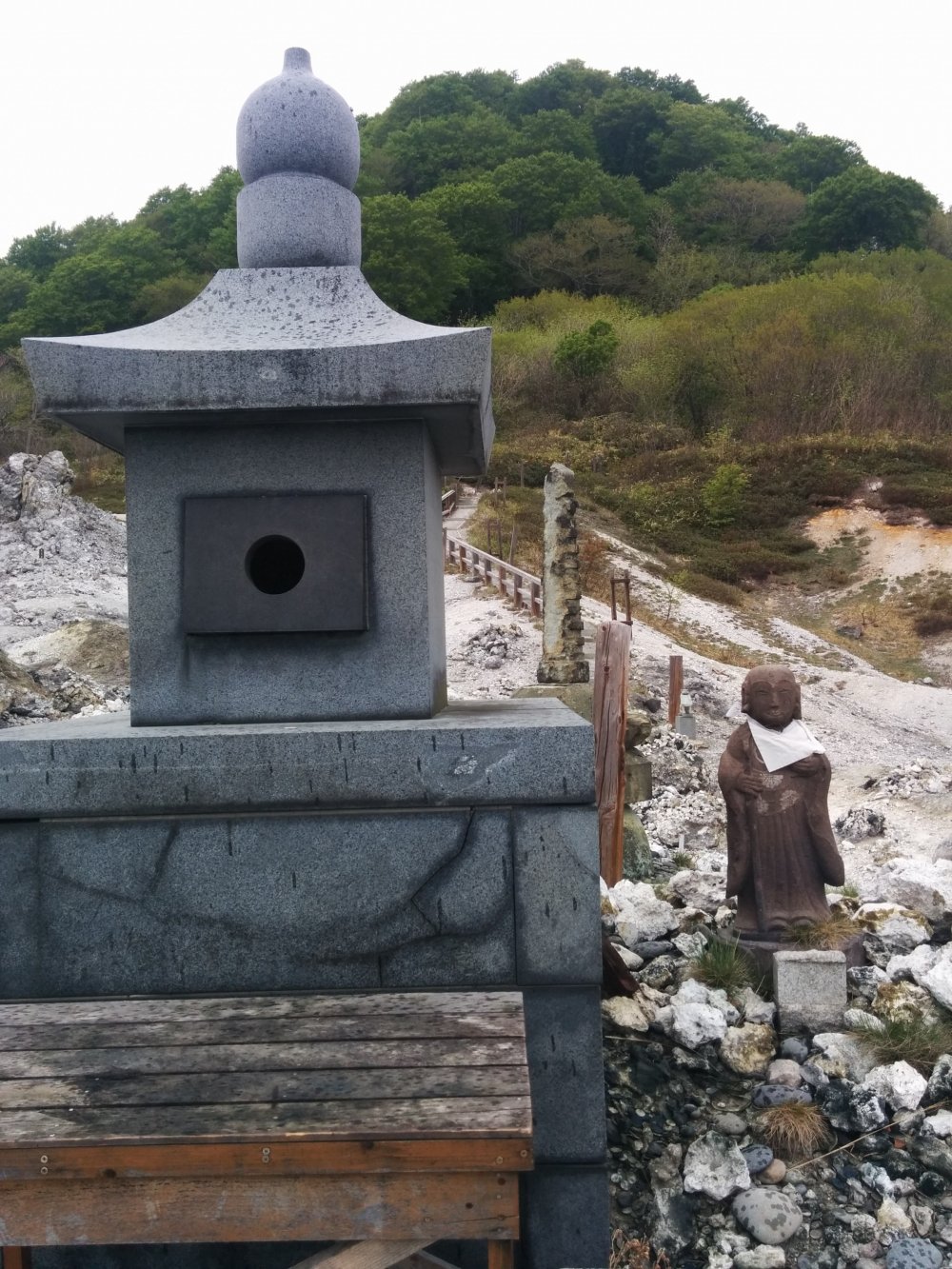 Jizo with a bib next to a stone lantern 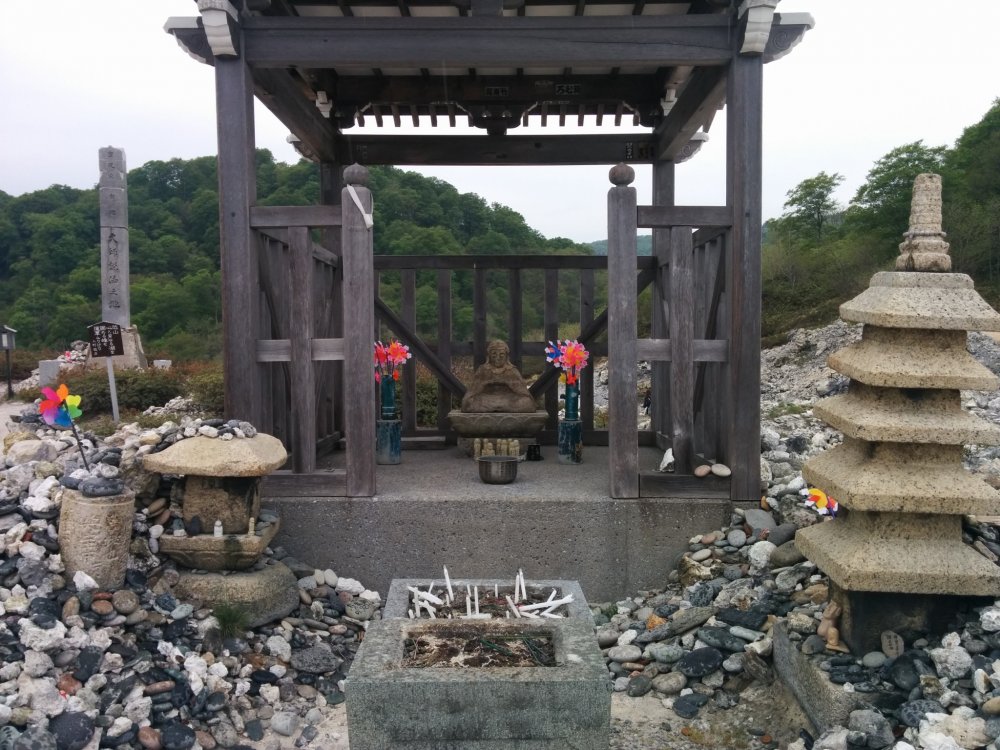 Offerings and a shrine 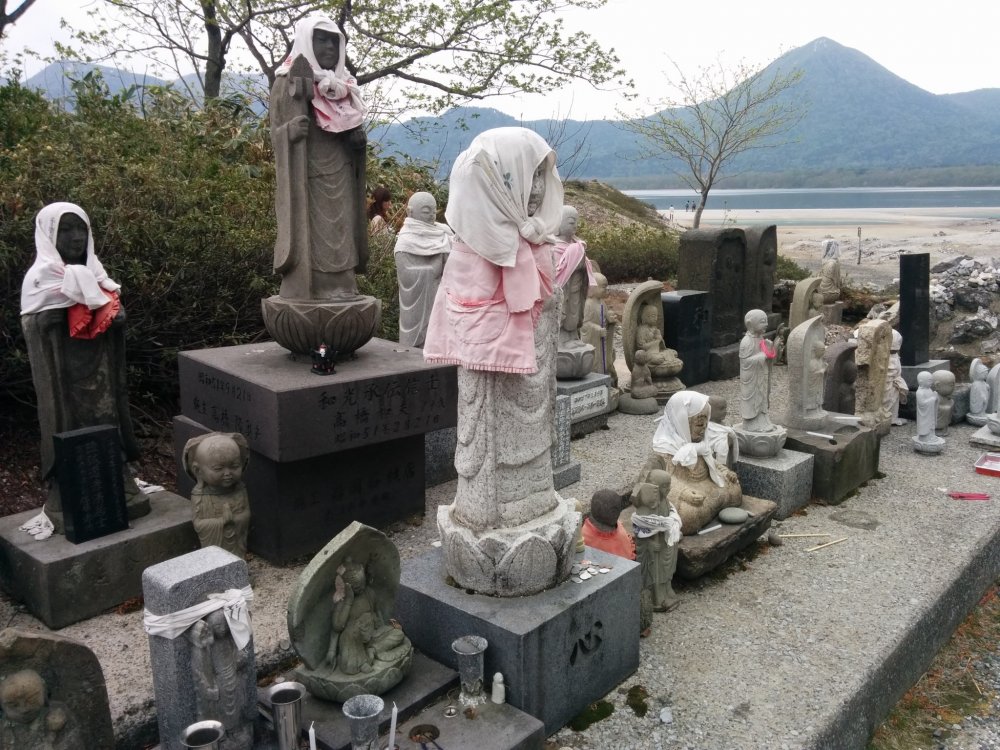 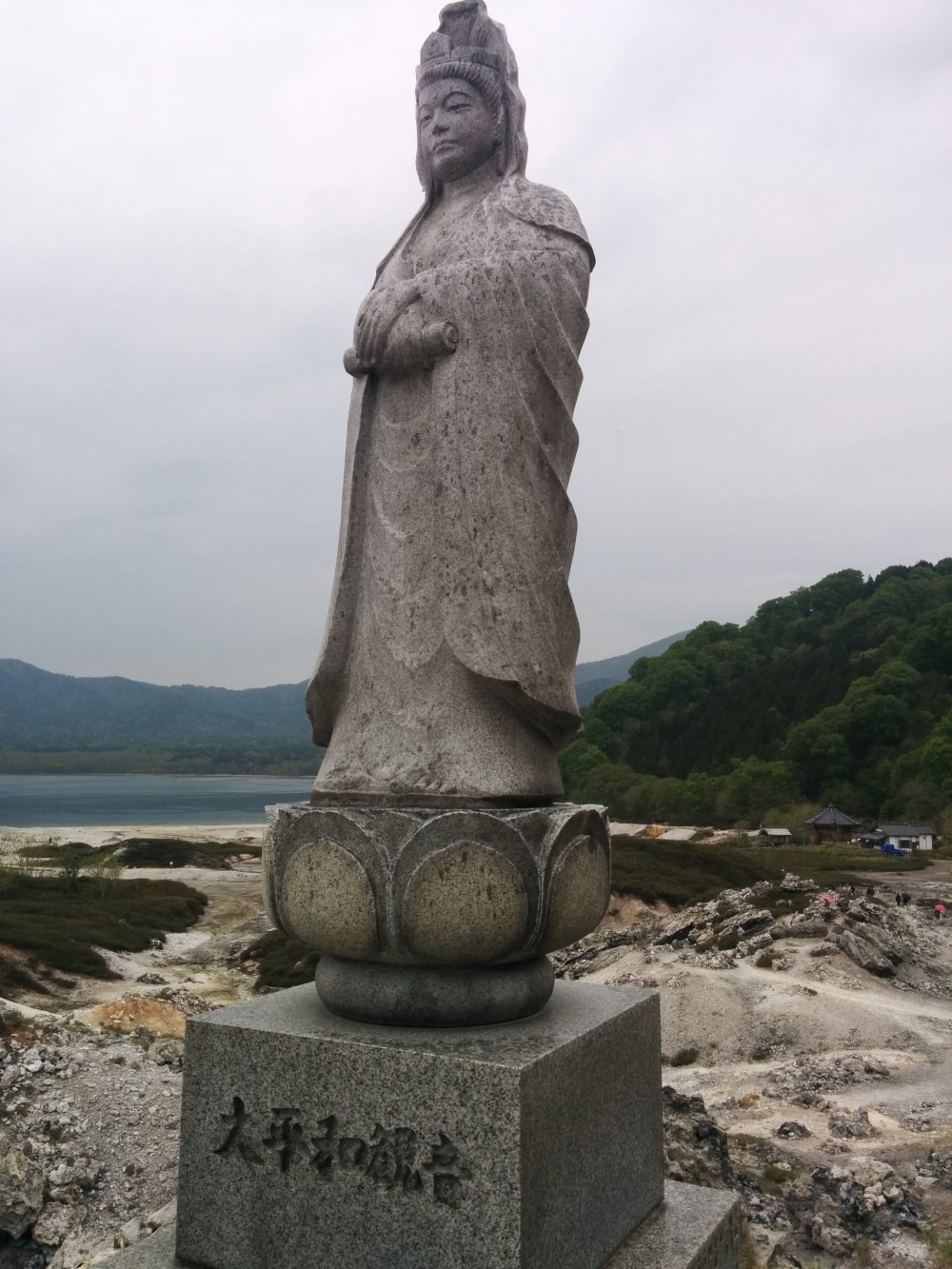 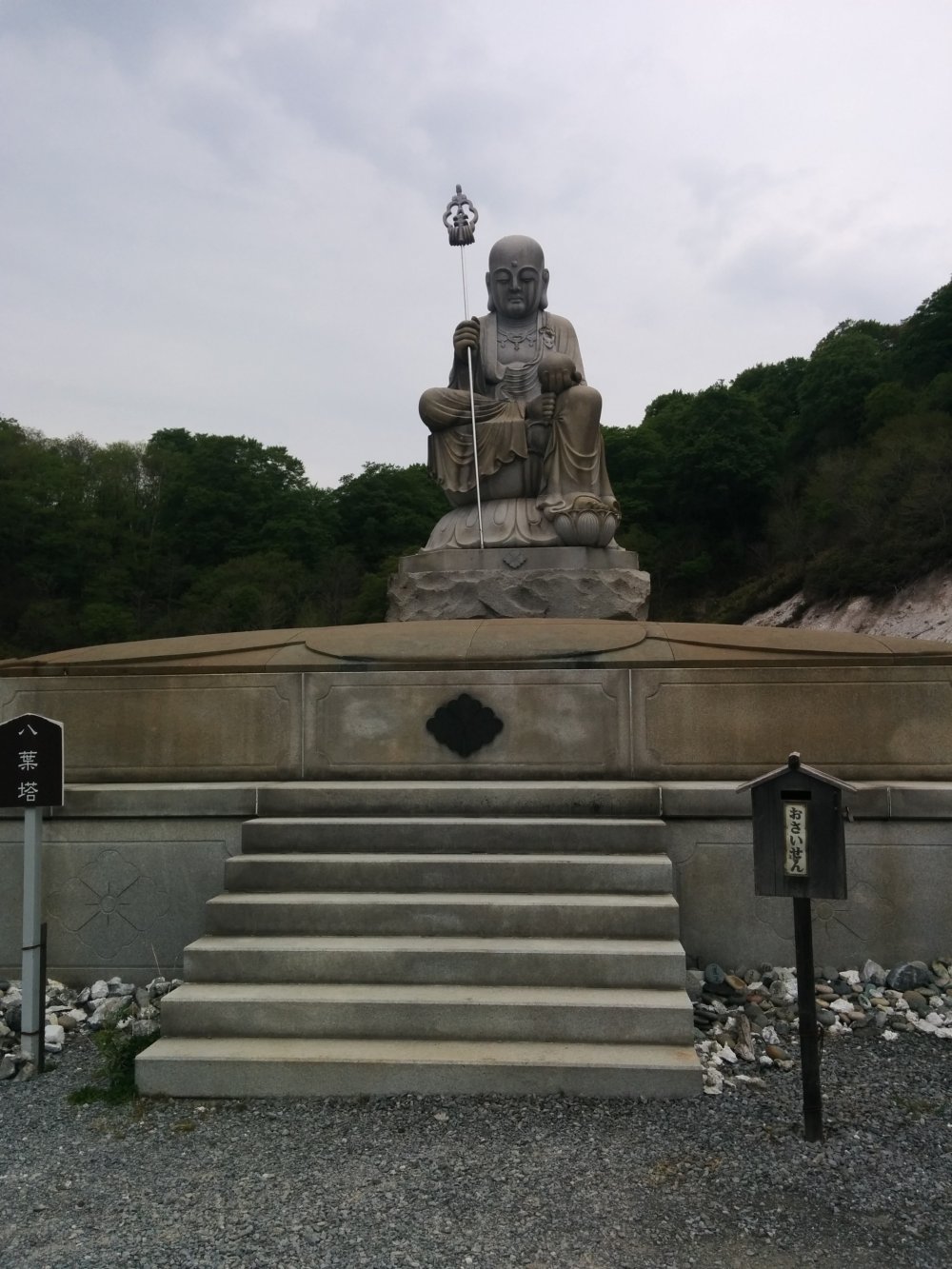 The largest Jizo statue. It is much larger than it appears in this photo 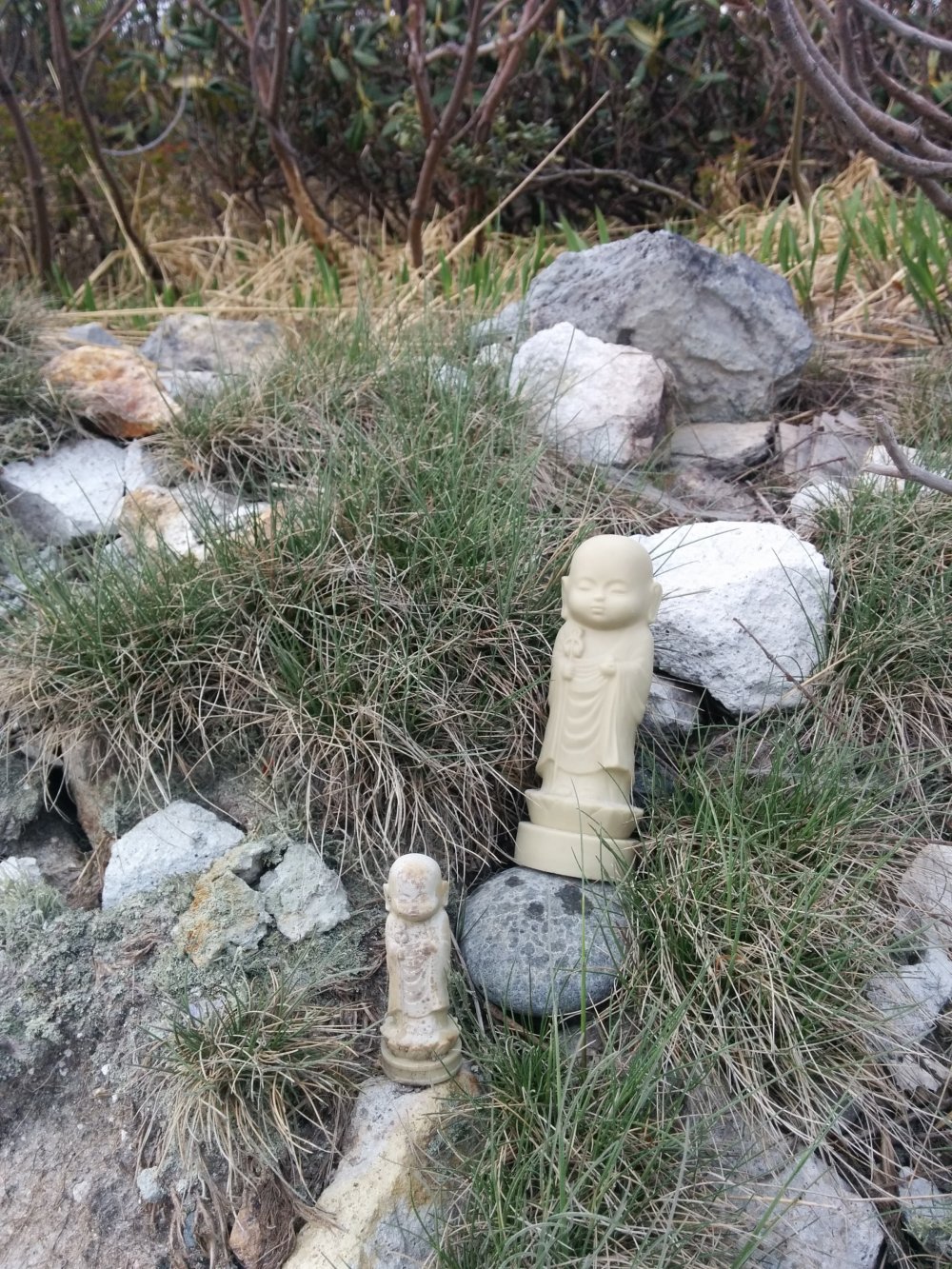 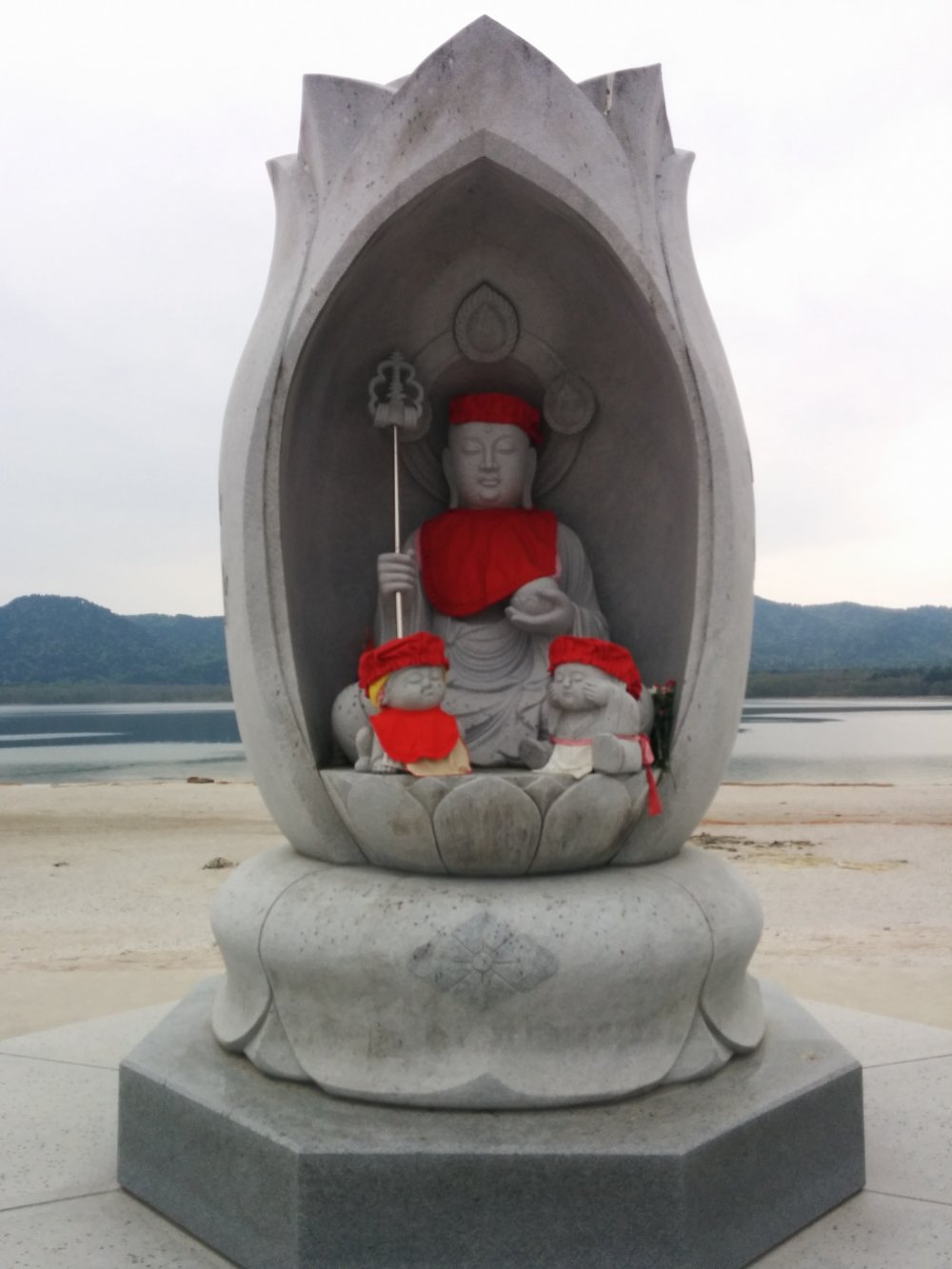 The Jizo statue in front of the Lake Usori 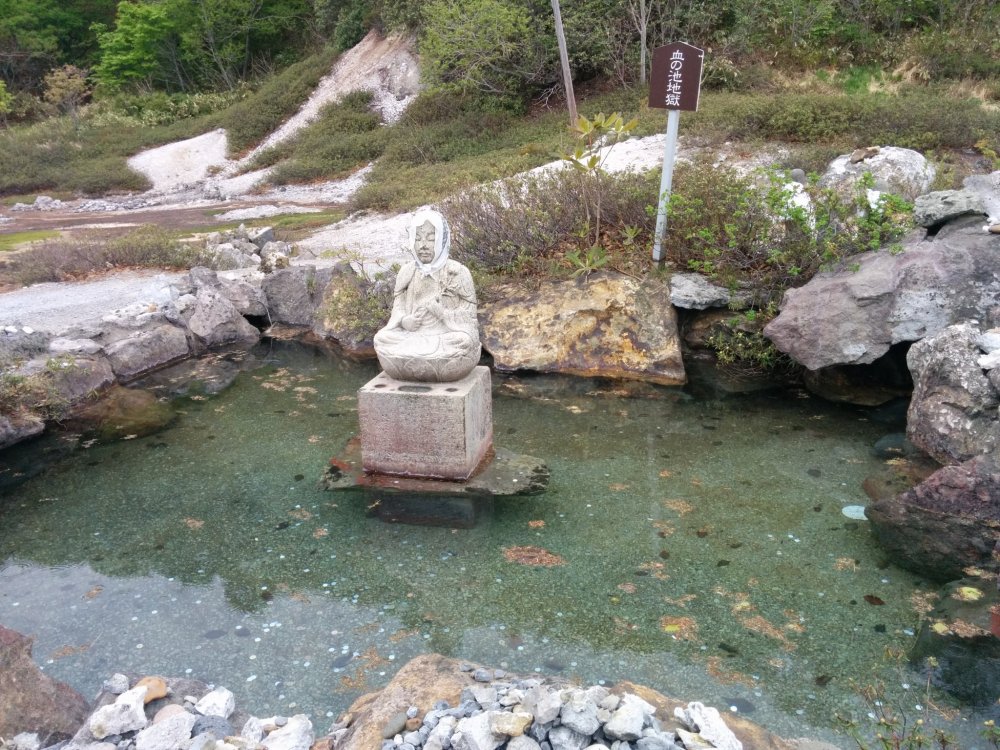 The chi-no-ike Jizo--  "Jizo of the pond of blood" 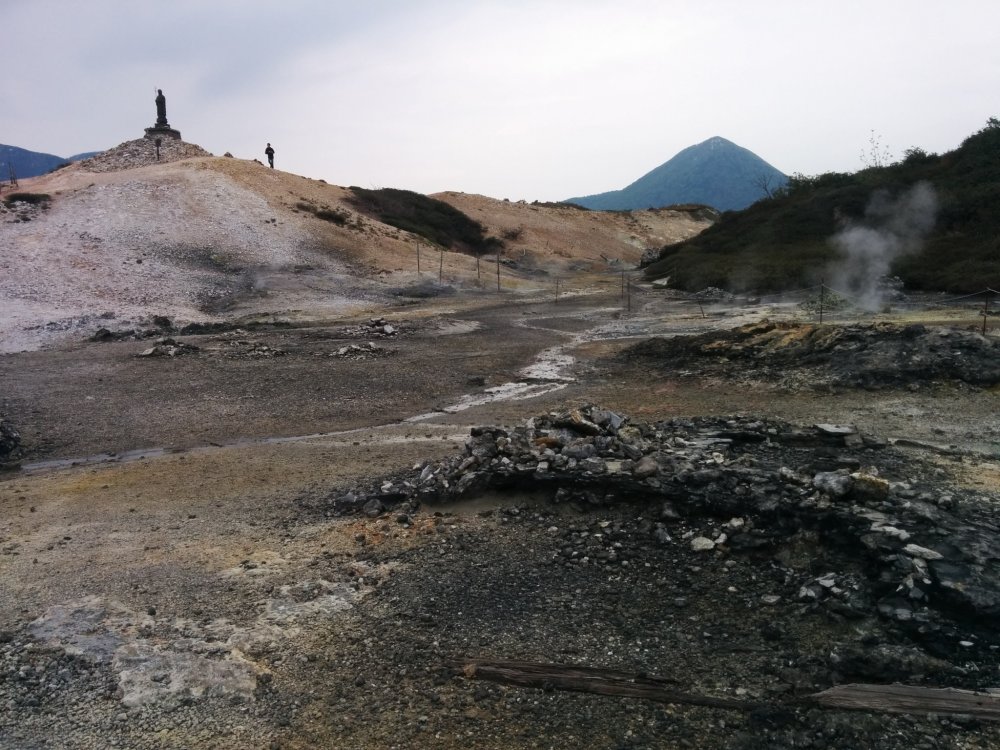 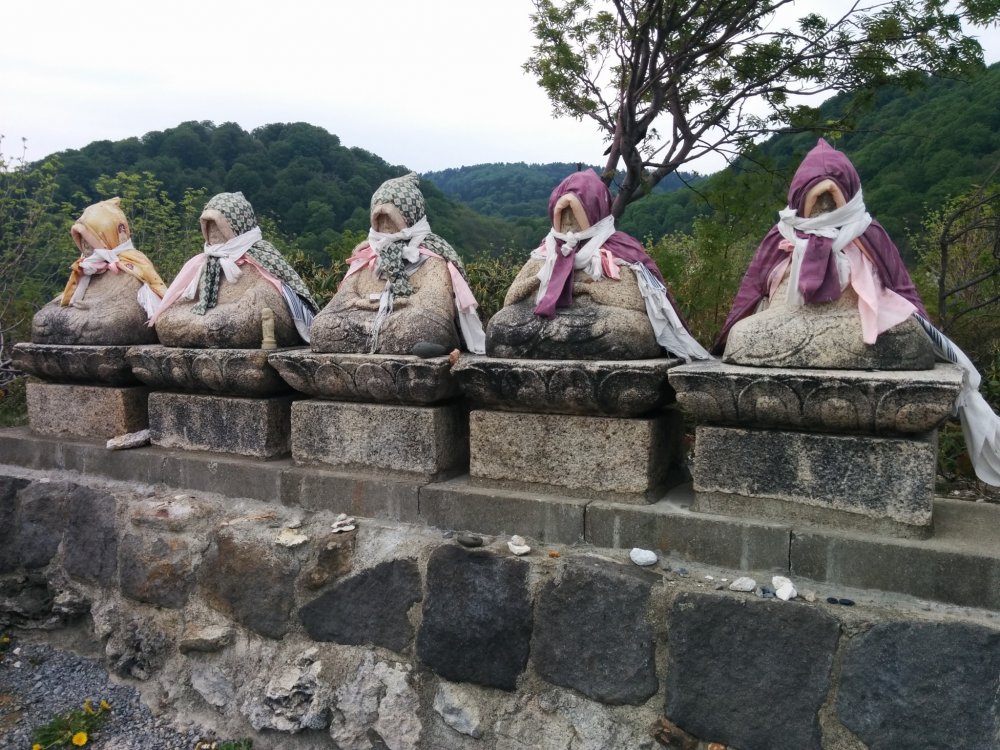 Many Jizo are have their heads wrapped in cloth. Presumably the children in the afterlife can be given this to keep warm 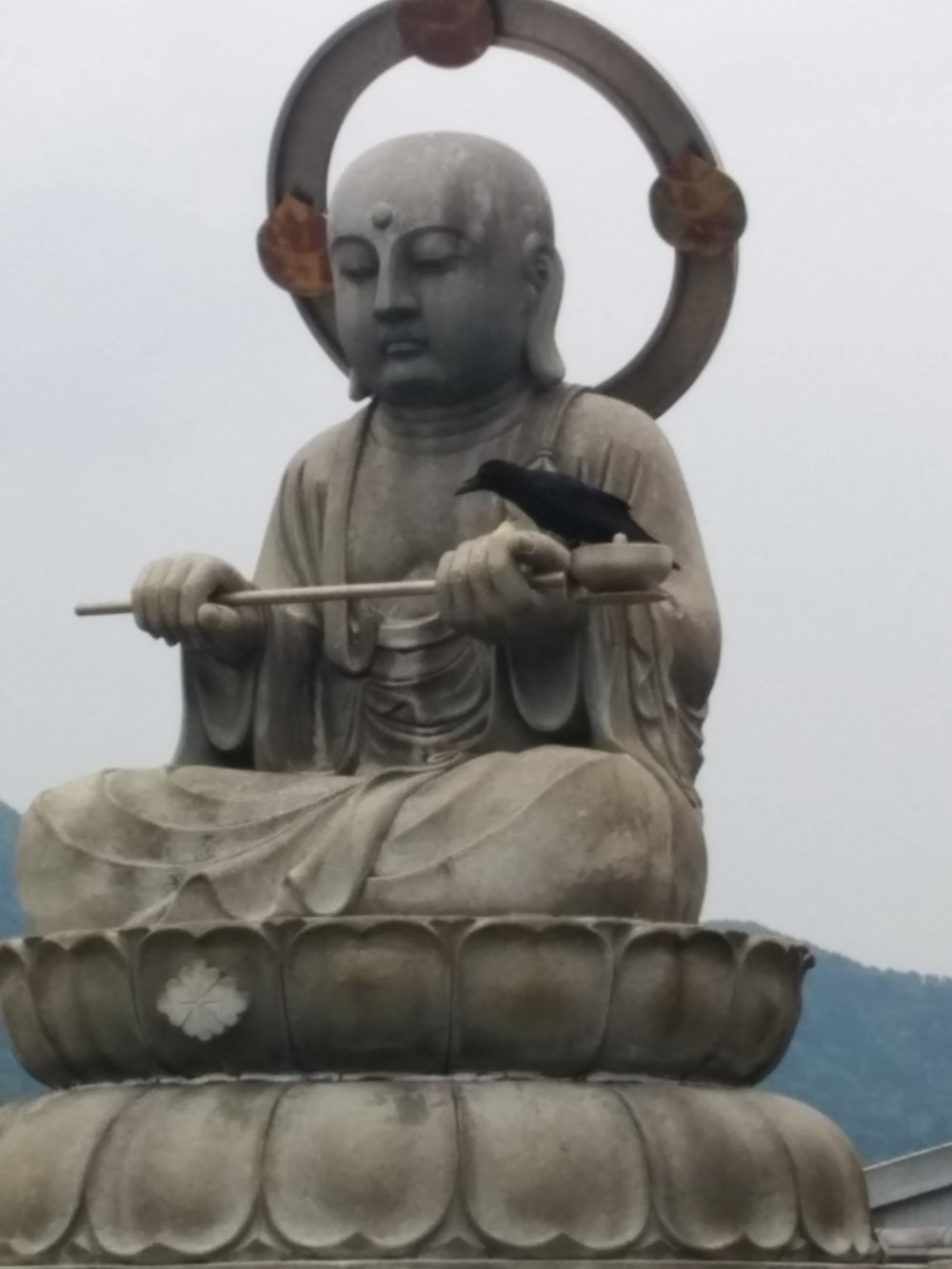 A crow lands on a Jizo in the parking lot, welcoming visitors with a scowl 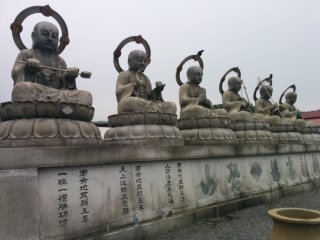 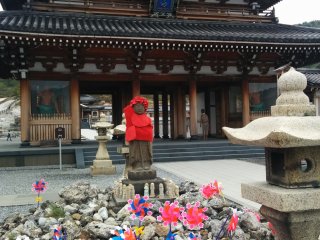 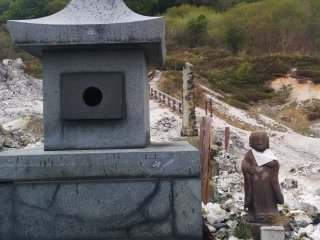 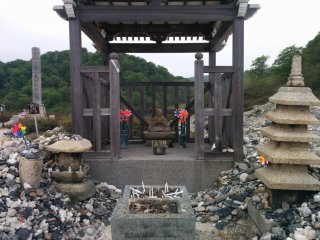 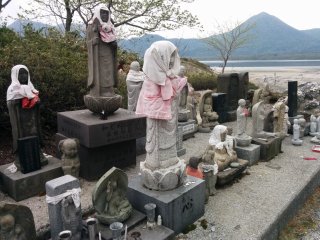 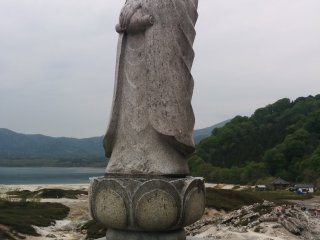 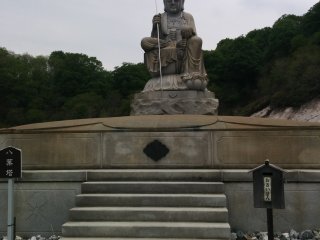 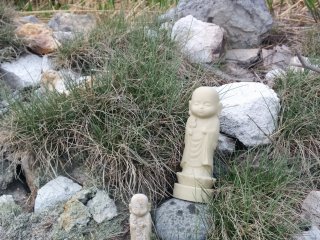 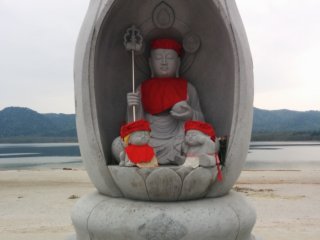 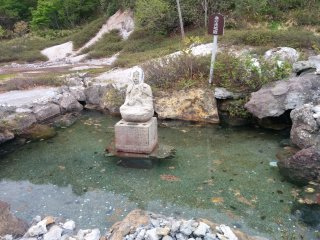 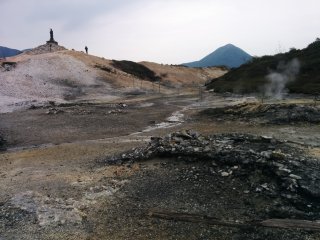 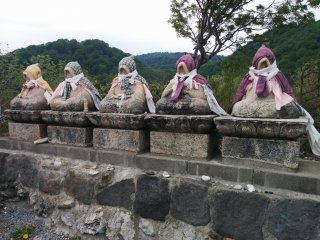 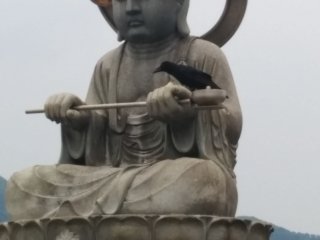 Osorezan in Aomori Prefecture is a land of death with subtle beauty. Lost souls are said to be in limbo here and only the gracious efforts of Jizo can save them. Jizo is the Buddhist deity of travelers, lost souls, and, most notably, children. People come to pray at the Jizo statues dotted around the barren gray landscape. Some visitors write messages to or names of deceased loved ones to place at the base of the largest statue. More common are offerings of pinwheels and children toys at one of the many smaller statues.

The Jizo statues are all unique in appearance. They lend a compassionate ear towards anyone in need, and ask nothing in return. Without their peaceful and spiritual presence, Osorezan would not be as a powerful experience.

Diana Nukushina 6 years ago
I loved the (so) wrapped jizo.
Reply Show all 0 replies
1 comment in total

Diana Nukushina 6 years ago
I loved the (so) wrapped jizo.
Reply Show all 0 replies
1 comment in total