A melodic trip through the history of must-try desserts

One lifetime is not enough to try the sweets in Japan from traditional wagashi to pastries and chocolates from famed French confectioners to hybrid creations melding East and West.

The first sweets were dried fruits and nuts. Buns and dumplings arrived from China in the 8th century. The Japanese started making rubbery mochi from steamed and pummelled rice. Today it’s dipped in soy sauce or filled with beans, fruit, cream or ice cream.

Children are shown a rabbit pounding mochi with a mallet on the moon. Celebrities thwack it on TV. It’s thrown at neighbours when building a new house. Sadly, every New Year around ten elderly people die choking on the customary blobs.

Japanese food is generally less sweet than in the West. Europeans imported cane sugar in the 16th century. It was an expensive rarity until the Japanese cultivated it in the 17th century and not widely used until after the mid-19thcentury.

Westerners introduced baking with flour, butter and sugar. The Portuguese brought kasutera castella in the 16th century via Nagasaki. Try this moist sponge at Bunmeido, a chain from Nagasaki.

Kamakura’s famous souvenir, the Hato Sabure, is also sold in nearby Tokyo and Yokohama. Created in 1912, each butter biscuit is handmade perfection.

From 1853, America forced Japan out of around 200 years of near isolation and Western influences streamed in. Baked goods gained favor. Post World War II ravaged Japan, unable to grow enough rice, received bread and flour from the US. In 2011, spending on bread surpassed rice.

Dairy was another Western concept and initially deemed repulsive. Today, fans gush over pancakes toppling with cream. Queues swell for cheesecakes at Osaka brands Pablo (choose from rare and gooey or medium and firm) and Rikuro Ojisan.

Don’t miss Cremia - crammed with Hokkaido whipped cream and milk fat. Vanilla is the only choice but it’s sinfully lush.

It’s believed Dutch sailors introduced chocolate hundreds of years ago but it really caught on after World War II during the US occupation. American soldiers tossed it to smitten children. High-end chocolate stores boomed from the early 2000s.

Hokkaido cream is the star again in Royce nama fresh chocolate. The Calbee snack brand’s Royce-smothered potato chips are a sweet/salty mash up.

Japan is a food-obsessed nation. You’ll be in a constant state of doki doki (heart pounding) and waku waku (excited anticipation) discovering its endless treats. It really is the best place to gaba gaba (continually eat with gusto)!

Visit my website Bites of Oishii http://bitesofoishii.com for more travel, culture and food stories. Oishii ("oy-shee") is Japanese for delicious! 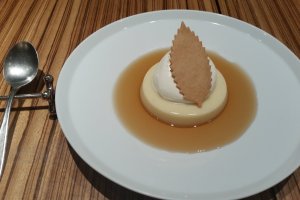 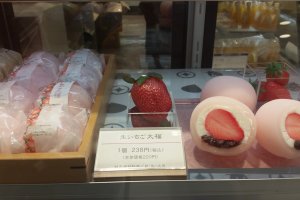 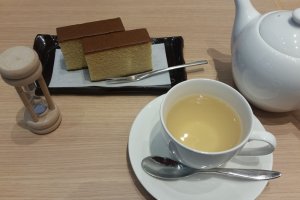 Sleiman Azizi 7 months ago
Japan has an interesting way with onomatopoeia.
Reply Show all 1 replies

Audrey Foo Author 7 months ago
Hi, thanks for commenting and reading the story!
Reply

Kim 7 months ago
Such a fun (and enlightening!) read - an interesting way to enjoy and really appreciate sweet treats!
Reply Show all 1 replies

Audrey Foo Author 7 months ago
Thanks for reading and your kind comment!
Reply

Victoria Vlisides 4 years ago
Great work on this article, Audrey. I learned a lot!
Reply Show all 1 replies

Audrey Foo Author 4 years ago
Thank you - hope that also means you'll be eating some of these gorgeous sweets!
Reply
6 comments in total