Over five days and four nights, I had the chance to visit different cities across Kansai to discover their culinary traditions.

First, I visited the city of Nara, before travelling to the famous historic city of Kyoto. I finished with Otsu, nearby Lake Biwa, Japan's largest lake.

I started the trip by taking the Express Train Shimakaze from Kyoto Station heading to Nara. The train was truly comfortable and only took 30 minutes to reach Nara.

Once I arrived, I took the bus to Imanishi Honten, manufacturer of narazuke for several centuries. I was able to taste some cucumber, or uri, fermented in sake. The taste was strong and slightly alcoholic but this definitely enhanced the flavour.

I had lunch in a small tucked-away restaurant where I enjoyed a generous meal. The Kawanami staff greeted me and served me tons of small plates, one after another.

I went to the magnificent Shoryaku-ji temple in the mountains, surrounded by stunning autumn foliage. This temple is known for brewing Bodai Moto, or "Mother of Sake", the oldest method of sake production. It is a very ancient site located in a mountain where there was once an enormous village. The village was destroyed many years ago but the temple was restored.

At the end of the day, I visited a sake brewery owned by the Toyosawa family. I was able to taste some of their sake, some of which were strong while others were lighter like the yuzu sake. As I’m not really fond of alcohol, I really appreciated the yuzu sake as it contains very little alcohol. The slight flavor of yuzu was truly enjoyable, giving a sweet taste to the sake.

For dinner, I went to Le Benkei, a French restaurant with a Japanese inspiration. All the meals I had were absolutely delicious even though the atmosphere was a little dull.

Our one and only night in Nara was spent in a charming ryokan called Ryokan Mikasa, and it was such a shame that I only had the chance to stay there for one night. My room was comfortable and the staff members were helpful and friendly. When I first entered my room, I was overwhelmed by the stunning view I had of the city illuminations at night. However in the morning, the view was still impressive as the sky was clear blue and the city was absolutely beautiful.

I visited an ancient ryokan, Tsukihi-Tei, located in Nara's sacred mountain. This hotel is situated in the heart of a lush forest, with sun beams threading their way through the twigs, giving this site a magical feel. The ryokan itself is quite small as it offers only five rooms. If you’re looking to spend a romantic moment or a family escape in a splendid Japanese forest, Tsukihi-Tei is ideal. But if you’re very susceptible to the cold, be careful as most of the corridors are open-sided and it can be chilly during this time of year.

Afterwards, I visited the heart of Nara and met the famous wild deer. They seem used to interacting with people. Later, I stopped at the Nara City Tourist Information Center called Shika no Fune. One of the managers gave me a small guided tour of the office. They have a little library and a relaxing area, and they offer to the public a good number of resources but unfortunately most are in Japanese only.

Following this visit, I had lunch at Kamado, a restaurant located in front of Shika no Fune and quite easy to find. They have some good quality products and the meal was just perfectly balanced.

One of the monks of Myoshin-ji temple welcomed me in the middle of the afternoon to kindly explain his strict diet to me. In fact, this diet focuses on the respect of lives, both animal and vegetable. In my opinion, a tour of the area would have been more convenient but I had the chance to taste some specifics foods that make up their diet, such as sesame cream.

For dinner, I dined at Sushiiwa. The chef warmly welcomed me and his English was excellent. Even though I'm not fond of eating seafood except for shrimp, I did try some sushi and sashimi. I was truly impressed to find these tasted quite good. In fact, it was easy to taste the high quality of the fish. This is a very good restaurant I recommend to all sushi and sashimi lovers.

The kimono shop Kyokomachi lent me some of their garments for the whole day. Wearing a kimono was not something new for me but I truly enjoyed strolling around Kyoto wearing elegant clothes. My hair was done by one of the stylists in the shop. It was an enjoyable experience overall.

Wearing kimono, I tried my hand at a traditional tea ceremony at Kyoto Washin Kan. The lady spoke very good English and she explained everything thoroughly. Then she prepared the famous green tea in front of me and afterwards I made it myself. It was a first for me and it was a really gratifying experience.

I then visited the supermarket section of Takashimaya department store, where they sell a range of culinary products from all over Japan.

Afterwards, I went to another sake brewery: Tama no Hikari. The sake from this company was much lighter than the Toyosawa one. Some were even like flavored water with a low alcohol level. However, the tour inside the brewery was tough as I needed to don a hair cap and lab coat, not an easy feat with a kimono and fancy hairstyle!

For our next meal, the restaurant Mangamero warmly welcomed us. They used incredibly fresh products and the cooking style was focused on Japanese techniques, both aspects which made the experience absolutely amazing.

I stayed two nights at the Kyoto Century Hotel. Founded more than 100 years ago, it is one of the oldest hotels in Kyoto. Despite its age, the hotel interior looks like any chain hotel. It was fully restored and renovated. The staff members spoke English very well and were very accommodating. The hotel has a buffet restaurant, offering both Western and Japanese food, but also a Japanese restaurant and a lounge where it is possible drink and to order small dishes.

Our visit in Shiga prefecture started at Yamamotoen, a site where tea leaves are cultivated. With these leaves, Yamamotoen crafts green tea powder (matcha) and also matcha pastries. I had the chance to taste a delicious matcha tiramisu, matcha mochi, a matcha sponge cake and finally some sandwiches with matcha-flavored bread. The latter felt less sugary than regular pastries, and the lighter taste was truly enjoyable.

For lunch, I had some high-quality beef from the region at Morishima Omihachiman-honten. The meat was prepared in several different ways – first cooked on an iron plate, then as sushi with rice and finally tataki (lightly seared but otherwise raw). Luckily, this high-protein meal was also accompanied by some vegetables.

Later, the small Japanese pastry store Watayo presented me with their Decchi Yokan. As pastries made from red bean paste, these sweets have a high levels of sugar, but they are truly enjoyable in small amounts and it’s a perfect match with green tea. A little tour of the area was also offered by the owner.

Afterwards, I visited a small shop called Ganso Sakamotoya Funasushi whose specialty dish is a type of carp mixed with rice paste. The end result admittedly smells quite strongly of cheese. Unfortunately, I was not able to try these snacks as I’m not a seafood lover, but if you are, I really recommend you visit this shop as it is a very unique way to cook fish. These little snacks pair quite well with sake.

A small tour of the Otsu Don Quijote was offered even though this tour lasted only around 15 minutes. One of the particularities of this Don Quijote is that there’s a Game Center on the second floor which allows families to drop off their kids while doing their shopping in other parts of the store.

My dinner in Otsu was arranged at Kogetsu restaurant. It is always a pleasure to see the chef cooking your meal in front of you. Even though the chef was not able to speak English, he was really lovely. However, there were too many dishes for my small appetite, though the delicious offerings meant I couldn't help but try to eat everything.

During our stay in Otsu, I was accommodated at Biwako Hotel, a huge boat-shaped hotel. The hotel was pretty comfortable and the staff members were extremely pleasant. Most of the rooms are furnished with massage chairs and the hotel has its own onsen. For lunch and dinner, you can choose from a Japanese restaurant, a sushi restaurant or an Italian restaurant. What I enjoyed the most was the stunning view I had from my room of Lake Biwa early in the morning.

The last visit I did in Otsu was to one final sake brewery: Kawashima. Kawashima is a family business so it was obviously smaller than the previous breweries. It was truly interesting to hear the owner speaking about his expertise and how the rice is prepared for sake.

Our last meal was at the Hira-Sanso restaurant, where I was treated to delicious nabe (stew). I also had the chance to taste some bear meat, cut in thin slices and cooked inside the nabe. It was an absolutely delectable meal.

In conclusion, this trip was an amazing experience to discover the diversity of Kansai's gastronomic scene! This helped me to discover some specific sites but also various unique foods and ingredients from this region.

I highly recommend anyone with an interest in Japanese gastronomy to visit all the places I had the chance to discover. It would be a great experience for all the foodies out there!

Please note that the region in which I traveled is well served by the JR West Pass, which can be reserved before your arrival in Japan through your local travel agent.

French student in a Business School, currently interning in Tokyo. 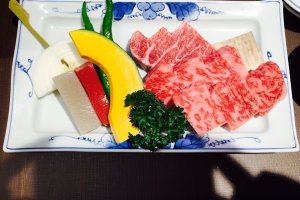 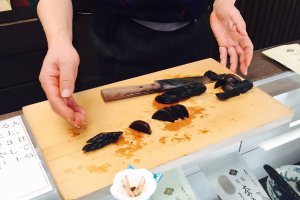 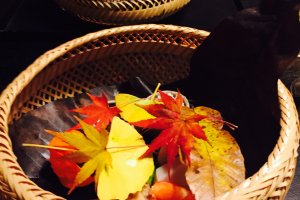 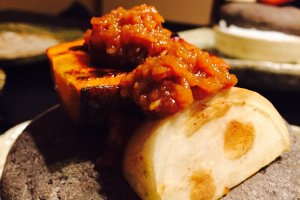 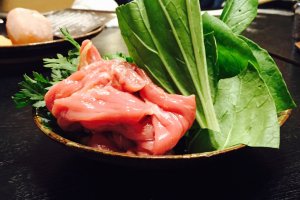 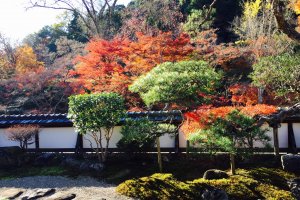 Kylie Plester 6 years ago
What an amazing food trip. Everything sounds delicious
Reply Show all 1 replies

Coline Giroud Author 6 years ago
I can assure you that everything was absolutely delicious !
Reply

Coline Giroud Author 6 years ago
It was a great experience, indeed ! Thank you so much, I took all the pictures with my iPhone 6 so I was a bit scared about quality... !
Reply

Odilia Sindy Okinawati 6 years ago
Not at all. The pics are so lovely and sharp enough. Hope I have that ind of phone which can produce such good pictures :D
Reply

Justin Velgus 6 years ago
Exploring through your stomach is one of the best ways to travel!
Reply Show all 1 replies