Exploring Towns on the Sea of Japan

Ever wondered what attractions and scenery can be discovered on the coastal towns along the Sea of Japan? Japan Travel introduces some great places to check out, specifically spanning across towns and countryside across 3 prefectures.

Coined as ‘Snow Country’ by the Nobel Prize-winning novelist Yasunari Kawabata, this prefecture’s slender stretch of land along Japan’s northern coast attracts some of the heaviest snowfall in the country. Besides Echigo-Yuzawa station, a hotbed for many a snow enthusiast during winter, the north of Niigata boasts many traditional attractions. A couple of them include Watanabe-tei, a traditional Japanese house once belonging to rich merchants that housed both their homes and workplace. Guests can sit by one of the rooms and enjoy a cup of tea and a Japanese snack, while viewing the spectacular outer gardens.

There is also Takanosu Onsen, a beautiful area with a couple of Japanese-style ryokans sitting along the river. Any time of the year is a good time to book a night or two at this onsen, but we highly recommend winter – it is really something else to see the contrast of snow falling lightly against the rush of violent currents below.

Murakami city is also high on the list, with Murakami Castle being one of the key attractions in the area. Some of Japan’s best salmon in the world is found in this region, and the city is home to attractions such as Kikkawa, a salmon-drying facility open to tourists that also houses many salmon food products. You can also try a wonderful salmon kaiseki course or ochazuke meal itself within the town.

No trip to Yamagata is truly complete without getting acquainted with Dewa Sanzan, or the three holy mountains of Yamagata – namely, Mt. Haguro as the representation of birth, Mt. Gassan as death and Mt. Yudono as rebirth. Scaling all three mountains within a span of two days is entirely possible, and we recommend doing an overnight stay at a temple to experience a life in Buddhist ritualism.

Another item high on our list is the boat ride along the Mogami river – a calm, peaceful boat ride that overlooks the mountain passes in the area. Autumn and winter are the recommended seasons to enjoy the view here, the former comprising of brilliant crimson shades and the latter a shimmering sea of white that’s truly a vision to behold.

Tsuruoka city is famed for its food culture with Foodever, a dedicated food market near the city, paying homage to the food of the region - the city is the only in Japan to be recognised as a UNESCO Creative City of Gastronomy. There is also the Kamo aquarium located next to the sea, that is home to an impressive collection of jellyfish.

In the town of Shonai, there are a few highlights worth visiting – a visit to a local soy sauce workshop makes for an olfactory experience, with fragrant whiffs of soy sauce permeating the air. We also highly recommend Kurase as a stopover for omiyage exclusive to the region, or for a delicious meal of yakiniku.

At Sakata city in northern Yamagata, the Ken Domon Photography Museum is also another gem in the area, dedicated to the postwar photographer of the same name that houses his photographic works, with its windows constructed to frame the outside scenery (e.g. of Mount Chokai) as part of the museum experience. Sankyo Soko makes for a great stopover as well – what were once storehouses for grain is now converted into a museum/souvenir store, and makes for a great backdrop against the crimson of the zelkova trees in autumn. The Chokai no Mori’s observatory deck here allows for a most brilliant view of the Sea of Japan and the plains of Shonai.

One of the top highlights in the region is Somaro, an old Japanese house that has been renovated into a grand sight – the house organises maiko performances for its guests, and has been completely refurbished to reflect the state of how it would look like when it was first built, alongside with some modern touches. One of the most striking features of the house is the sensual coat of red paint it’s adorned with, adding to the allure of the contrast between modernity and tradition.

The sokushinbutsu, or mummified monks in Japanese, at Kaikoji is also worth a mention here – as former priests, they would eat a special diet that helped with the process of stripping body fat, and drink a poisonous tea that aids with the preservation of their body even after death, i.e. killing maggots and preventing decay. The successful mummification of these ‘bodies’ are raised to ‘Buddha’ status, and two of them are on display at Kaikoji.

Yamagata is also home to some of the most beautiful natural scenery, such as Tamasudare Falls. At a height of 63 metres it makes for a grand sight, especially when surrounded with lush greenery and the piercing of summer’s rays.

Right on the border of Akita and Yamagata prefecture is Mount Chokai, said to be the ‘Mount Fuji’ of the Tohoku region. During the winter the snow-capped peaks are a sight to behold, while in the summer it makes for one of Japan’s most popular hiking destinations. The Shishigahana Wetlands is also one of nature’s handiworks in the region and promises a unique experience in nature for the intrepid traveler.

Japan Travel created three unique experiences to help visitors explore the area. These arrangements are designed for those with interest in driving, cycling or joining a small group as you explore the area. Have a look and book a tour!

Tour 2 – Self-drive Through the Towns of Yamagata Driving themed course focusing on Dewa Sanzan, Shukujo and Shojin Ryouri as well as gourmet tourism through the Tsuruoka Area.

Tour 3 – Sea of Japan Cycling Tour (Self-guided) Cycling focused on routes through countryside, villages and coastal routes. Includes stay at Ryokan with river views and the most essential part of Dewa Sanzan. 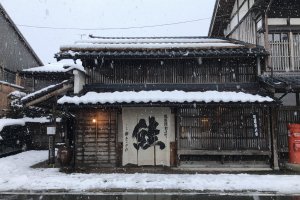 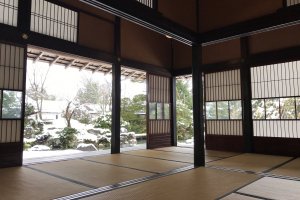 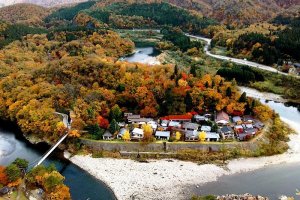 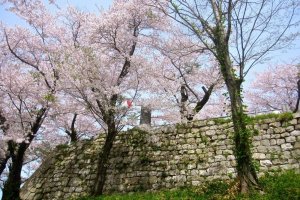 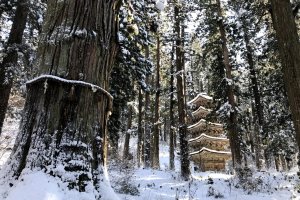