The Kutchan Jagamatsuri is a lively summer festival held in Kutchan in early August each year. The festival is a celebration of summer, culture, tradition and life as it showcases the area's agricultural industry and promotes a safe and active community.

The festival is held for two days and features dozens of local food stalls, entertainment vendors, beer gardens and food from surrounding villages. There is an impressive array of activities including a jumping castle, rock climbing wall and numerous win-a-prize games.

There is also an impressive schedule of regional and local school Taiko drumming performers, hip-hip dance groups and traditional dance groups. The Kutchan Jagamatsuri is known to be one of the most colorful and enjoyable festivals in Hokkaido.

It's usually held the first weekend of August each year on Kutchan Ekimae Dori.

The Kutchan Jagamatsuri is a colorful summer festival held annually in early August. 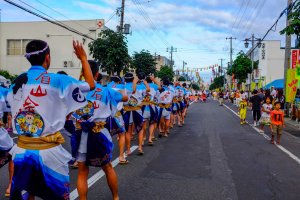 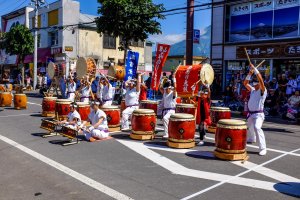 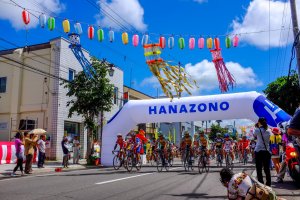 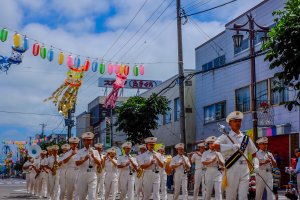 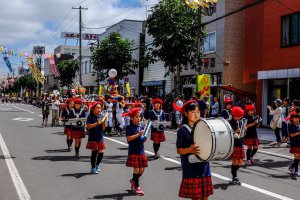 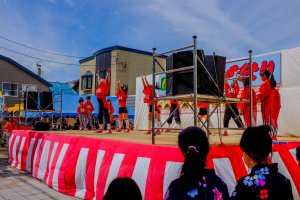