Are you brave enough to make it to the end?

Whether you are seeking scary stories for the Halloween season or simply looking for hair-raising tales, Japan’s urban legends have you covered.

These modern stories have vague origins and are often told as truth, since they cannot be confirmed or disproved, heightening their believability and horror. Japan’s breadth of culture has conjured tales of vengeful onryo (malevolent spirits), yurei (modern ghosts), and yokai (spirits in Japanese folklore) that continue to terrify generations. As with any oral story, there are multiple variations of these tales. Listed below are popular iterations of Japan’s most chilling urban legends. Be sure to take notes should you be unlucky enough to encounter one of these unpleasant characters.

Turn off the lights and make sure no one is watching you from the dark. Let’s begin.

As some of these tales can be gruesome and disturbing, reader discretion is advised!

We begin our first story in the bathroom, a seemingly popular place for Japanese urban legends. Aka Manto is a male spirit who dons a red cloak and mask and is said to haunt school and public restrooms with a particular fondness for the last stall in the women’s bathroom. Once you are seated in the stall, you will hear a male voice ask if you want red or blue paper. Choose your words carefully. If you say red paper, you will meet a bloody end, and if you say blue paper, you will be suffocated to death until you are blue. If you try to confuse the spirit by asking for a different color paper, you will be dragged into hell. To avoid a brutal end at Aka Manto’s hand, simply refuse his offer and run.

Anyone who is familiar with Japanese urban legends, knows of the infamous, yet popular, Kuchisake-onna. This vengeful ghost appears as a seemingly beautiful woman who roams the streets at night. She wears a face mask and carries a concealed pair of scissors.

If you are unlucky enough to meet Kuchisake-onna during a solitary stroll, she will ask you if you think she is beautiful. As with Aka Manto, consider your answer like your life depends on it (since it does). If you say no, she will immediately murder you with her scissors. If you say yes, she will remove her face covering to reveal a gaping mouth that has been slit from ear to ear in a haunting smile. Then, she will ask again: say 'no' and you die, but stick with 'yes' and she will slit your mouth like hers. The only way to escape Kuchisake-onna, is to tell her that she looks average.

If you are concerned about possible encounters with Kuchisake-onna or any of the other ghouls, why not try testing your survival skills at Tokyo's top haunted house attractions. If you fail, at least it is only a game.

Teke Teke is said to be the ghost of a woman or schoolgirl who fell on a railway line and was cut in half by an oncoming train. The vengeful spirit—outraged by her untimely death—now haunts urban areas and train stations at night. Since she no longer has legs, she drags herself on her hands and elbows, which produces a chilling “teke-teke” sound. Should you encounter Teke Teke, run! If the malicious spirit catches you, she will slice you in half with a scythe. Although she lacks legs, she is extremely fast, and has been known to keep up with cars. In some renditions of the story, she will ask you where her legs are, in which case you must reply “Meishin Expressway” in order to survive. In less hopeful iterations, your only chance of survival is to outrun her, which is completely impossible.

For our next story, we return to the bathroom with a legend some compare to Bloody Mary. Hanako is the spirit of a young schoolgirl who met her end in an elementary school bathroom as a result of suicide due to bullying or WWII bombings and is now said to haunt them. Many children test their wits by summoning the child spirit. In order to summon her, you must go to a third floor bathroom and knock on the third stall three times, after which you say, “Are you there, Hanako-san?” If you hear even the faintest reply, make a hasty exit. If you are too slow or choose to enter the stall, Hanako will drag you into the toilet, and you will never be seen again.

The legend of the Okiku Doll differs from our previous stories as the doll physically exists and resides in Mannen-ji Temple in Hokkaido. The tale dates back to 1918 when a boy purchased the doll for his younger sister, noting that they both had bob haircuts. The little girl was infatuated with the doll, and they were inseparable. Tragically, a short time later, the girl passed away from an illness. Her family displayed the doll, named Okiku, on an altar in remembrance of their daughter and noticed that the doll’s hair was growing. They concluded that their daughter’s restless spirit was inhabiting the doll and eventually provided it to Mannen-ji Temple where it remains today and is viewable to guests. Okiku’s hair continues to grow to this day despite haircuts from the temple’s priests. If you are in Hokkaido, why not stop by and observe the eerie phenomenon yourself?

Hokkaido's not the only place in Japan with terrifying real-life legends. Hidden among Tokyo's advanced skyscrapers and quaint temples are some truly horrifying spots. Check out Tokyo's most haunted locations, and decide for yourself if the shadows of the night live up to their reputations.

For those reading these tales on your computer, this story is for you. The Red Room Curse is an internet-focused story that starts with an ominous pop-up. The pop-up features a red screen with black text that reads, “Do you like the red room?,” which is accompanied by a sinister pre-recorded voice asking the same question. No matter how many times you close the pop-up, it will continue to appear until the voice has finished its question. Afterward, your entire screen will turn red and become flooded with past victims’ names. No one knows what happens next, but the receivers of the pop-up are always found dead with their blood painting the walls red, creating the titular red room. Once you receive the pop-up, it is impossible to escape your fate.

If you are interested in experiencing this horror without putting your life on the line, check out Escape the RED ROOM, which is a themed escape room offered by The Real Escape Room in Asakusa. Also, check out the location's other terrifying attraction, Survive the Urban Legend.

Of course, you can tell yourself that these stories are fictional, but are they? Sweet dreams. 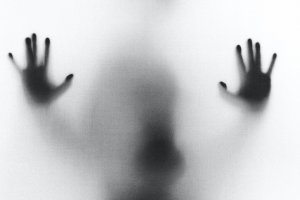 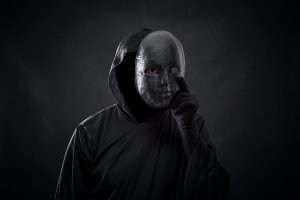 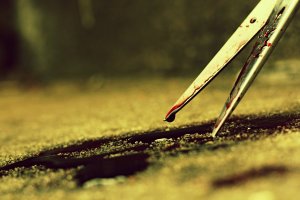 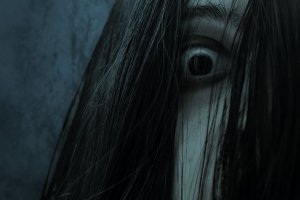 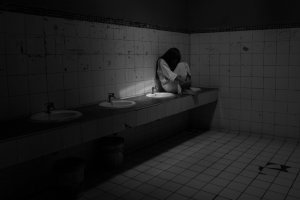 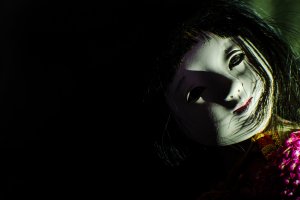 1Lov3.3m0G1rls 2 months ago
I Love horror stuff and i really wanna go to japan one day, i know all of these legends, And really enjoy them to! i admit at first i couldn't sleep when i researched on my own, but i grew out of it!
Reply Show all 0 replies

川田美幸 2 months ago
jokes on you its daylight here

angie. 2 months ago
jokes on you i have insomnia
Reply Show all 0 replies