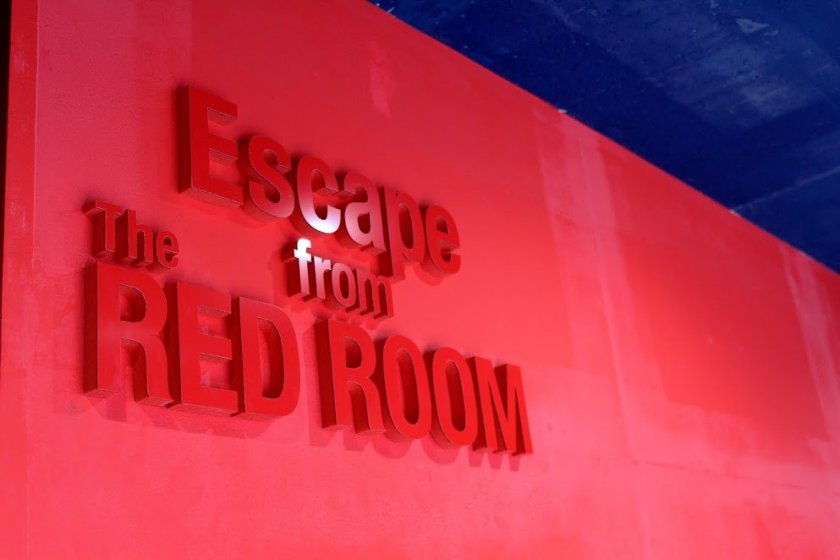 Escape from The RED ROOM

Can you escape before your time runs out?

Escape from the RED ROOM!

Have you ever been in a situation where you find yourself trapped inside a red room as the clock is ticking to the countdown of your execution? I certainly have. Last week, I had the chance to finally go to The Real Escape Room in Asakusa with some friends to experience the frenzy of being locked in a room and attempting to escape from it.

If you’re a sucker for room escape games and have spent a great amount of time online trying to get out of a virtual room like me, you’re in for a real treat. I know we all have imagined what it would be like to be stuck in a room with a psychotic murderer coming back for you unless you break out the room…! This is your opportunity to turn your dream into a reality (without actually being murdered)!

To be honest, Escape from The RED ROOM was nothing like what I imagined in my head. When I arrived at The Real Escape Room with a group of friends, a staff who spoke English approached us and kindly asked us to take off our shoes so we could change into slippers before we go into the room. He then led us into room as he started to explain the rules to us. The objective of Escape from the RED ROOM is obvious. We have to find a way out of the room, and we need to do it within 30 minutes. 30 minutes? That’s more than plenty of time, I thought. Being the so-called expert of escape games, I confidently thought the game was going to be a breeze.

After the staff’s explanation of the rules, it was time to officially start the game. As the door closed on us and the timer started, a rush of excitement ran over me, I looked over to my teammates and they all had their game faces on. “Let’s do this!” I thought. For the first few minutes, we frantically looked around the room in hopes of finding clues that would assist us to escape. In this game, you will need to solve a string of mysteries before you can break out of the room as each clue leads to another puzzle. When we successfully solved the first puzzle, we all high-fived each other only to find out that we were presented with another mystery to decode. You know the saying, “Sometimes the answer is right before your eyes?” Yes, it applies to this game, too. During the middle of the game, we found ourselves in a pickle. We were stuck on a hint for what felt like forever that we just couldn’t decipher. When we finally realized that we were over-complicating the clues and eventually figured out the answer, the staff announced the bad news… that we only had 5 minutes left! How did time pass by so fast? My heart was beating fast and the last five minutes felt like a blur as we all worked under pressure.

As the staff announced our time through the PA system, we stopped on what we were still working on reluctantly. However, just when we were about to throw in the towel and announce our defeat, the staff came up to us kindly asked us if we wished to have an additional 10 minutes. We, of course, said yes! As the timer resumed again, we continued our attempt to break out from the room. Oh, how I wish I give you a happy ending and tell you about how we ended up escaping from the room and was greeted with applause and confetti, but I would be lying. We, in fact, did not escape from the room.

Even though we didn’t win, I have to say that this game had me working my brain like no other. I also enjoyed the teamwork dynamic during our 40-minute game. This game is certainly the real deal! In addition to Escape from The RED ROOM, there are also different themes you can try out, such as Escape from the Haunted Manor, and TOKYO METRO - The Underground Mysteries, another mystery game that requires taking the Tokyo Metro around Tokyo to solve the ultimate puzzle. Also, while I was there, I spotted an Attack on Titan Escape Game poster on the wall… and as an avid Attack on Titan fan, you can bet that I’ll be here again in no time.

The Real Escape Game is produced by SCRAP and is available in Japan, the United States, Spain, France, Canada, and Singapore. If you are interested in solving mysteries but you don’t understand Japanese, fear not! The Real Escape Games offers games in both Chinese, Japanese and English. If you happen to be in Asakusa, you should definitely stop by The Real Escape Room to try out some of the games and experience the thrill of mystery solving. 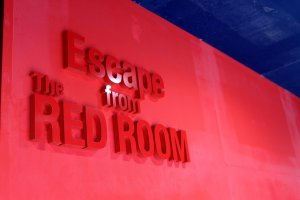 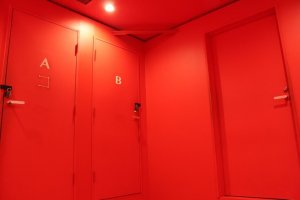 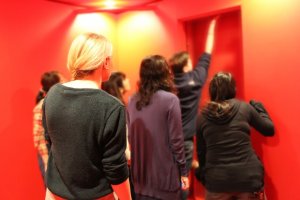 Kim a year ago
I've never done one of these escape rooms, but it sounds like a unique activity!
Reply Show all 0 replies

Victoria Vlisides 6 years ago
Haha... glad to hear you liked it!
Reply Show all 0 replies
2 comments in total