Team up to escape from the Haunted Manor

Are you into frightening stuff? Do you think you can deal with clues and solve puzzles under the terror of a haunted resident? Then this new concept of Real Escape Game in Asakusa should be added to your list of exploring Japan's signature horror touch.

From the outside and throughout the surroundings, the building doesn't seem to possess any horrific surprises within. It looks playful, the lighting was fine, streets are calm and on top of all, the staff are beyond friendly. Once six people are gathered, the group will be led to an assembly point where a brief description about the case of this so-called Haunted Manor is distributed for everybody to learn from. The main mission of this game is to investigate the house that is rumored to be the hideout of a criminal behind a series of missing-person cases.

After ten minutes of case-learning, the group proceeds to the entrance of the Haunted Manor, and a Game Master will show up to explain the rules, restrictions, and details about the game. Everybody has to focus as the Game Master will also describe crucial parts to survive the game. At this moment, the terrifying sensation will spread around the area as darkness dominates and the peaceful signs from outside can no longer be sensed. This was also the point where I realized that this investigation will face something far beyond just crime – something else is waiting inside the house. Once the Game Master is finished reading the rules, the group of six will move to the first room of the Haunted Manor and the experience of Japan's Real Escape Game starts.

If you have ever played Fatal Frame, Escape from the Haunted Manor will pretty much remind you of that all-time favorite Japanese horror video game. Good news is, you won’t be wandering around the house alone. Therefore teamwork and collective strategy-making will be tested throughout the whole game. Logic and word puzzles are the key to unlocking entry to the next room, and yes it's easier said than done. Besides the puzzles that are initially tricky to be uncover, pressing fear is the main issue as terrorizing atmosphere adds up to the excitement, creeping in every corner and every possibility. Scary music in the background adds to the thrill for everybody that is stuck inside the house.

Hirofumi Gomi, a renowned Japanese haunted house producer, is the creator of Haunted Manor. His touch in designing an authentic Japanese house with dimmed lights, specially thought out designs, as well as a horror themed interior contribute in making the most of each player's haunted house experience. So hats off to the designer, for making such a frantic yet exciting Haunted Manor (and for making me screaming like a little baby in one part of his house too).

The game will be finished in 30 minutes, either the group manages to succeed solving the mystery and escape, or not. An additional 10 minutes are available upon request, and it could be a wise thing to do if the case is really close to be solved.

Along with "Escape from the RED ROOM", this game is made especially by SCRAP Corporation to cater the needs of non-Japanese residents in experiencing the famed thrill of Escape Games. As both games are also available in English and Traditional Chinese, overseas visitors can have the same thrills as the original Japanese Real Escape Game – without any language barriers.

So for you who’s been eager to play hide-and-seek inside a Japanese Haunted Manor, it’s time to test how far you can go in solving riddles and dealing with ghosts! 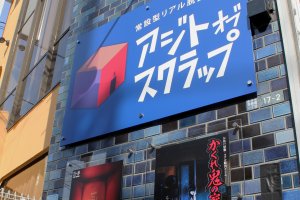 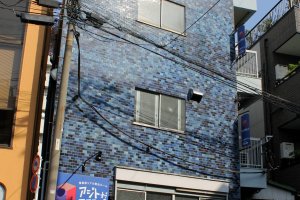 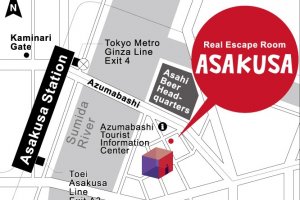 Justin Velgus 6 years ago
Interesting and thrilled they have different language options--which could be very hard for clues about wordplay which may not translate well.
Reply Show all 1 replies

Vicky Amin Author 6 years ago
They were just open by the time I played the room, and the translation was clear already. I'm pretty sure they're much more developed today :D
Reply

Vicky Amin Author 6 years ago
You should! And some tips: do it with strangers, it'll be much more fun :D
Reply

Chris Barnes 7 years ago
Cool! Escape rooms are a big thing in Europe at the moment and I imagine they'll go fantastically in Japan!
Reply Show all 1 replies

Vicky Amin Author 7 years ago
It was, it is, and it will always be fantastic! Escape Room game meets Japanese haunted story, you have to try it yourself :D
Reply
6 comments in total