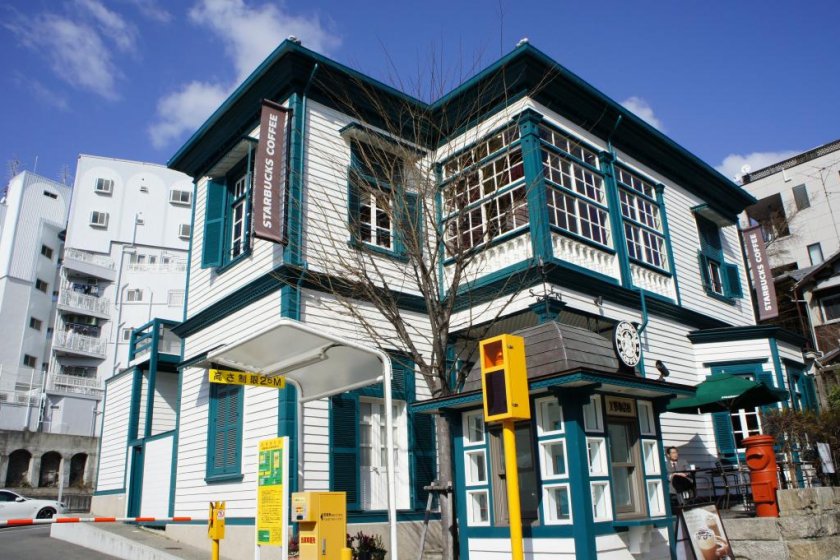 Unique European setting in the hills of Kobe

My friends in Kobe kept on saying "You have to check out the Starbucks in the Kitano area when you're here. It's really unique." I wondered what could be so unique about a Starbucks store, so I thought I should find out.

The Kitano area in Kobe is famous for its old western style residences, which were built before the war and were later converted into consulate staff residences. Until today the preserved entities are called Ijinkan in Japanese, which means 'foreign residences'.

Approaching the Starbucks in Kitano, one can immediately sense the uniqueness of this store. Simply said, it's an extremely beautiful and elegant western style old wooden home. It's called Kitano Monogatari-kan and was apparently built in 1907 for an American resident named M.J. Shay. It's said to have been passed on to a German baker, before the ownership was finally transferred to the City of Kobe after the Great Hanshin Earthquake in 1995. The house was moved to its current location in 2001, and in 2009 Starbucks was allowed to open a coffee shop on the premises.

It doesn't really feel like a store, but a house, a home setup with a lounge, a dining room and a guest room, which gives your coffee experience a different flavor. The quiet and hilly location, surrounded by more architecture from the 19th century, is just what you need after walking up the slope from Sannomiya station. As you can imagine it's quite hard to find a table on weekends; however, make sure you visit the second floor, from where you can enjoy the street view, browse the library and the typewriter room.

The location looks particularly great when the Christmas lights add further beauty to the ambience. The winter light-up in the Kitano area starts in early December and continues until March.

To tell you the truth, this specific location in Kitano fascinated me so much, that I moved to the area in 2009. I stayed there for about two years, so that I was able to experience the Kitano cafe life every weekend. I used to sit by the typewriter room and felt like being in a different world. Kitano Starbucks should be a must for anyone touring around Kobe. The jazz street, the Kitano hills and the coffee will certainly not disappoint.

One more interesting spot for coffee in the vicinity is Nishimura Coffee, a cafe with a history.

Travelling to various places and locations in Japan for over 14 years now, I want to share my experiences and also hear about destinations that I still have not been to in the land of the rising sun. Am a photography enthusiast and love to do slow shutter blue hour photography in Tokyo. 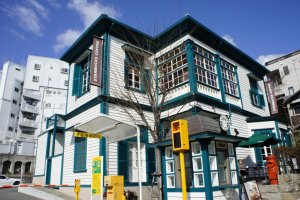 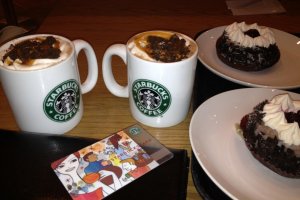 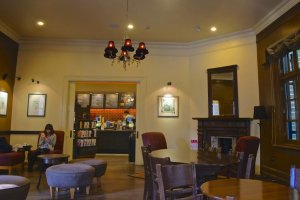 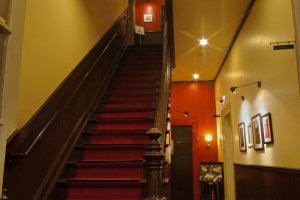 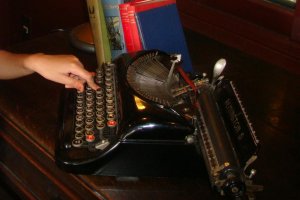 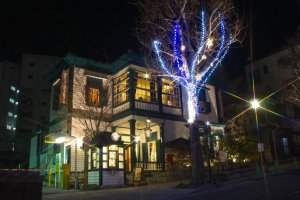 Manish Prabhune Author 7 years ago
Thanks benjamin, you too visited the place, i suppose....
Reply Show all 0 replies

Manish Prabhune Author 7 years ago
Thanks Hollie, there are other cafe's in the vicinity too which are in a rather unique setting. Do stop by there if you happen to travel.
Reply Show all 0 replies

Benjamin Stock 7 years ago
This has got to be one of the best Starbucks in the world. If you are a fan, make sure you stop by on your next visit to Kobe!
Reply Show all 0 replies

Hollie Mantle 7 years ago
This looks awesome! It's great that Starbucks are branching out from the traditional green and white soulless coffee shops and into something like this!
Reply Show all 0 replies
5 comments in total