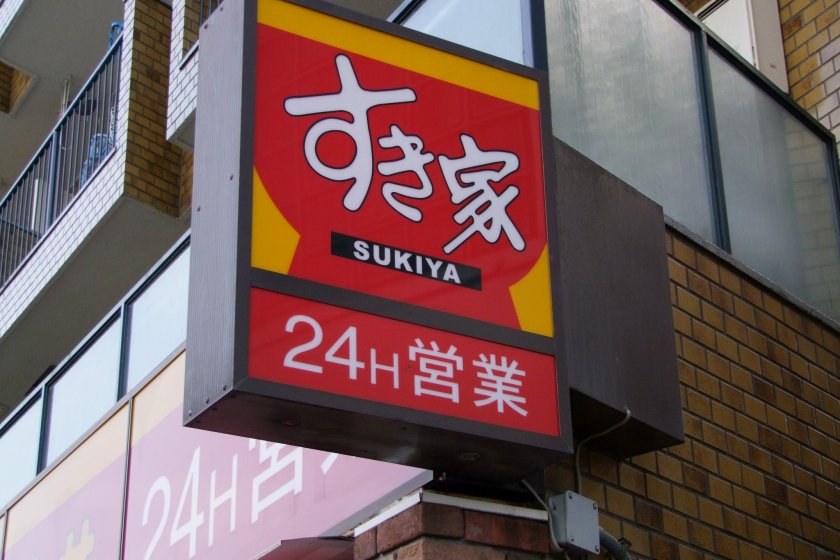 Many Sukiya restaurants are open 24 hours a day

Familiarize yourself with the red, white, and yellow sign of Sukiya - it'll come in handy. Sukiya is a nationwide restaurant chain in Japan, and can be found in every single prefecture. It can even be found abroad, as they have expanded into countries like Mexico, Brazil, China, and Thailand.

What can you eat there? Sukiya's menu is made up of a lot of variations of gyudon (shredded beef over rice), donburi (fish, meat, or veggies over a bowl of rice), and Japanese curry. It's all Japanese food, and it's all delicious.

Being such a widespread national chain that serves gyudon, Sukiya can be roughly grouped together with Yoshinoya and Matsuya, other major chains that specialize in that kind of food. However, Sukiya would be closer considered a distant cousin of those two rather than a brother, because it tends to focus on creative varieties of the dish, rather than mass producing the well-loved and often-eaten basic versions. Sure, Sukiya has a basic gyudon, but it also has a wide variety of other options and toppings, such as smothered cheese over it, or Korean kimchi, or spring onions.

Sukiya also serves Japanese curry, which is quite tasty, and comes with a variety of sides such as vegetables or hamburger. For those who like your food hot, you can also pay extra for increasing levels of spiciness. The hotness comes from some plain, old-fashioned hot sauce that gets dribbled over the top, but it certainly does the trick and adds a good bit of spice when you want it.

Perhaps the most unique aspect of Sukiya's menu is the donburi. They are constantly tinkering with the menu and coming up with new ideas, from different meats (including a shredded pork bowl) to vegetables to fish and other seafood. Someone unfamiliar with Japanese food might tend to stay away from the eel, for example, but I've always been pleasantly surprised every time I ordered something unfamiliar there.

In a sense, Sukiya is a Japanese version of fast food. Most restaurants have some tables as well as a counter for solo diners. It is a popular place for take-out as well. Unfortunately the menus are all written in Japanese, but come with big, color photos that make it easy to point and order. Prices are quite cheap, as you can expect to fill up for between 500 - 800 yen. They also have some alcoholic drinks. You can view their full menu here. 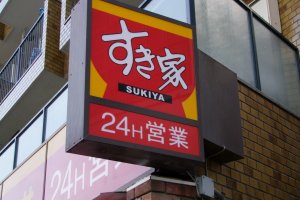 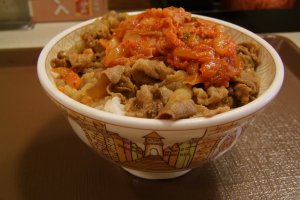 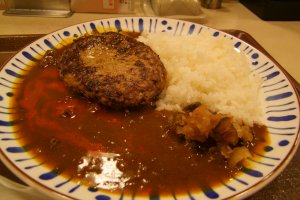 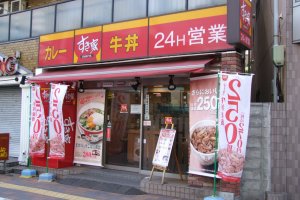 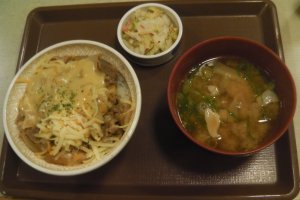 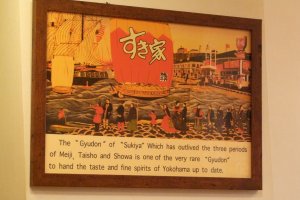