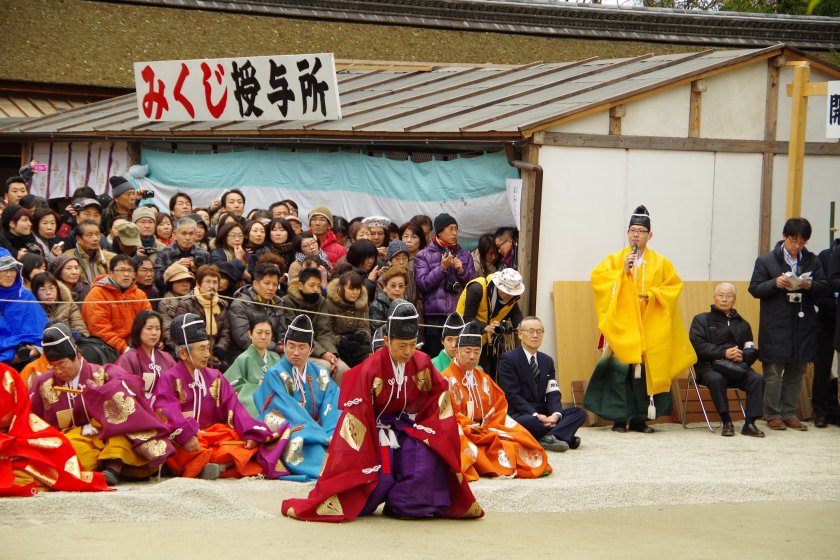 The first Kemari match of the year at Shimogamo Shrine

On the 4th of January every year, Shimogamo Shrine, in Kyoto hosts the Kemari Hajime festival, the first Kemari match of the year, dedicated to the gods.

Kemari is a game is played with "mari", a ball weighing about 150g made of deer's skin. The ball is kicked around by the players, who are dressed in traditional colorful court costumes, with traditional long-sleeved 'suikan' jackets and formal shinto priests' 'eboshi' hats.

Kemari is said to have been be introduced to Japan from China during the Asuka Period (6th to 8th Centuries), and was popular among noblemen in the following Heian Period, spreading later from the court to Samurai and the general public. Although Kemari declined after the Meiji Restoration in the 19th century, the Kemari preservation group "Shukiku Hozonai" was established in 1903 to preserve the tradition.

In this event, at around 1.30pm, seventeen members of the Kemari Preservation Society appear on the Kemari court, in front of the Shrine's main sanctuary.

Held in Shimogamo Shrine in Japan's ancient capital of Kyoto, the Kemari Hajime is the year's first game of Kemari, a traditional.. 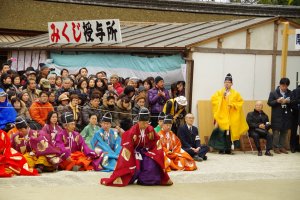 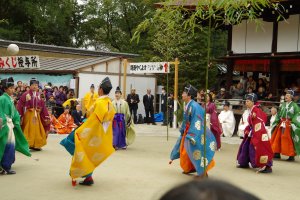 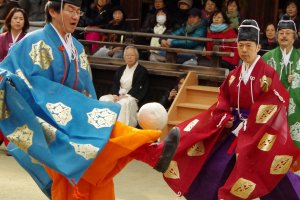