Hanabi (Fireworks) with a story

What makes Japanese fireworks different from all the others around the world? For one, they reflect Japan’s culture. All have themes and the crowds really get into the mood. You see blue mats everywhere and special food tents wherever the people gather. After each set of fireworks there is enthusiastic clapping and cheering.

During the months of July and August there is pretty much a Hanabi in every region of Japan almost weekly.

I have attended the Yokohama fireworks twice and they were spectacular, but to know the themes and stories really makes them special.

We arrived in Nagaoka mid-morning on 2 August and the festival was already in full swing. On the main street from the station there were vendors selling all types of Hanabi souvenirs and of course food tents everywhere.

Next a parade was led off by the Nagaoka Fireman’s band followed by several children’s bands.

We decided to walk to the river where our seats were reserved for the fireworks to see how long it would take and found out that both bridges would be closed to traffic after 7 p.m., with one of the bridges opening back up at 8:30, we knew would could never make our 9:10 Bullet train back to Tokyo especially from the other side of the river. We ended up purchasing two more tickets for the east side of the river near the Chousei Bridge, which still required a 30-minute walk to the station.

Hundreds of people were already claiming space for the free sections and it was still 7 hours before the fireworks show.

Back near the station we watched an outstanding baton twirling performance, all types of dance shows and then some floats. This consumed most of the afternoon and now it was impossible to find a place to sit down. Went over to the Aeon department store and found a coffee shop on the top floor that served some good food. By the time we finished our meal it was overrun with people waiting to get a seat. At 5 p.m. we walked to our reserved spot for the fireworks. It had rained and we needed to wipe the blue mat before sitting down. For our reserved area I counted 50 mats holding approximately 60 people for a total of 3000. This area was just a dot compared to all the seating places along the river.

The festival and fireworks began in 1946 to commemorate the victims of war and recently from the earthquake that hit Nagaoka in 2004. Nagaoka was 80 percent destroyed by the bombing on 1 August,1945. The people rallied together and rebuilt their city and in 1946 began the remembrance fireworks praying for those lost and for peace.

Every year the Nagoaka fireworks are displayed in Hawaii in remembrance of American victims of war and our friendship.

The Nagaoka Hanabi are in the top three in all of Japan. The crowds over two nights exceed a million spectators along a two-kilometer area of the Shinano River, the longest river in Japan.

We were at ground level and it was difficult to take pictures of the falls. The highlight for us was the Phoenix Fireworks wishing for a complete recovery from the earthquake disaster. The Phoenix shaped fireworks span over 1.7 miles in a straight line.

We had to leave about 45 minutes early in order to catch our train. Even as we pulled out of the station we could still see the fireworks high in the sky.

This festival is held for three days every 1-3 August. It begins with a lantern floating ceremony on the Kaki River to remember and comfort the souls of the bombing victims. Everyday is filled with festivities topped off on 2 and 3 August with the fireworks.

There is an information center at the station with English brochures.

You can take the bullet train from Tokyo for a 90-minute ride. We plan to go again and this time will stay overnight in the city so we can see the entire program. 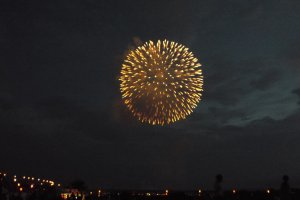 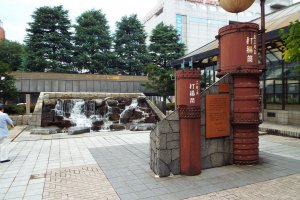 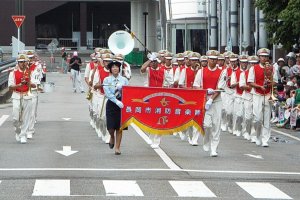 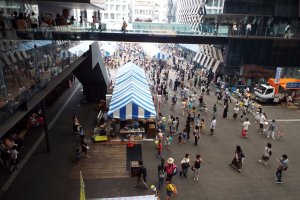 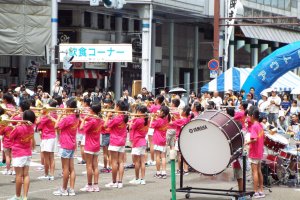 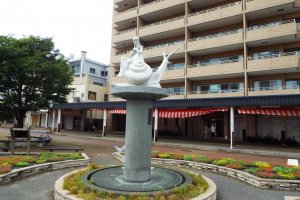 Kim 3 years ago
Such a spectacular event - definitely one of the things we look forward to in the Niigata summer!
Reply Show all 0 replies
1 comment in total