Gaps between the moss and ground-hugging plants of the forest revealed the stone remains of a structure. Further up the slope the greenery fell away completely and the walls of a castle rose out of the underbrush. A steep stone stair case, enduring long after the demise of its parent castle, led to a courtyard surrounded by turret foundations. A bench atop one of the foundations provided a most epic place to take in the scene: a Japanese Machu Picchu slowly falling behind the trees in a race to the clouds.

Built atop the 584 meter (1,915 foot) Mt. Takatori in 1332, Takatori Castle was is the largest mountain castle in Japan. It stretches 3 kilometers (~1.9 miles) from the outermost Kuro Mon (Black Gate) to the tower foundations at its core on the summit of the mountain! It also rises 390 meters (1,279 feet) over the surrounding valley. In its prime the castle had two keep towers (a 3-story main tower and a smaller sub-tower), 27 turrets, 33 gates, 9 bridges, 3.6 kilometers of stone walls, 2.9 kilometers of earthen walls and 5 moats. The castle saw rule by 4 different families throughout its 541 year history and 14 lords in the latter 233 years of its life.

Dense forest has reclaimed much of the castle since its abandonment in 1873. Many ruins are inaccessible and hidden by the undergrowth. The largest structures at the summit area of the mountain, the grounds around them, and some structures along the hiking trail to the castle are maintained by the town of Takatori giving them a park-like feel and providing an incredible place to hike, walk and enjoy the sites. The many maple, beech and other deciduous trees on and surrounding the castle ruins explode into autumnal fire from the middle to the end of November making Takatori Castle one of the most spectacular places to enjoy the season. Crowds are non-nonexistent owing to the castle not being well-known and its slightly remote location. The near solitude that can be had makes the adventure that much bigger.

The nearest train station to Takatori Castle Ruins is Tsubosakayama on the Kintetsu Yoshino Line. A bus runs from the station to Tsubosaka Temple, it’s about a 3 kilometer hike from there. There is also an 11 kilometer round trip hiking trail from Tsubosakayama Station via the town of Takatori. Alternatively, one can rent a bicycle (or a 50cc scooter if you acquire an International Drivers Permit before coming to Japan) from the Asuka Rent-a-Cycle depot at Asuka Station (the stop before Tsubosakayama) and ride to the castle from there. 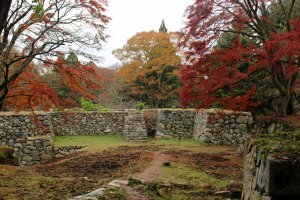 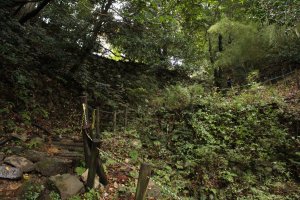 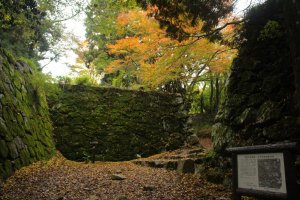 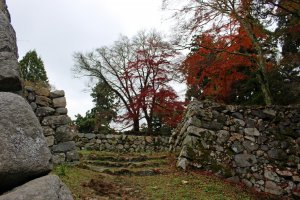 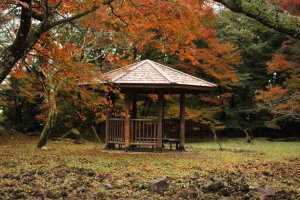 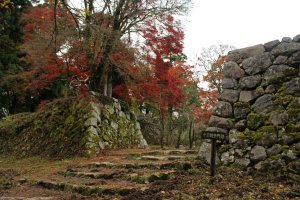