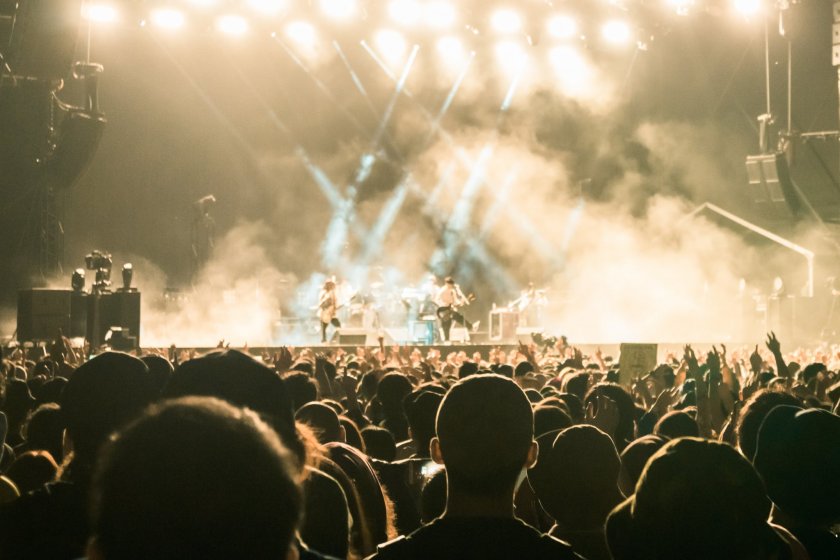 Get ready to rock!

Fuji Rock Festival proves once and for all just how much of a music-loving country Japan is. This three-day event is held every summer in Niigata Prefecture. It’s the largest outdoor music event in Japan and attended by hundreds of thousands of people every year.

Since its conception in 1997, the Fuji Rock Festival has continued to grow and become the massive event fans of rock and EDM love. With seven main stages and other minor stages scattered over the site, it’s nonstop action and nonstop music. Some of the top names in music have performed here, including SIA, Death Cab for Cutie, Red Hot Chili Peppers, Cake, and The Cure. Being a weekend event, accommodation and tickets are fierce competition and sell out quickly. If you don’t want to miss this behemoth of a music festival, you have to plan early. Early bird tickets go on sale from early February, around when the first line-ups are revealed – follow the official site for announcements.

With more than seven event show stages spread out across Fuji Rock Festival, you’ll be walking between them and the trails offer the beautiful Niigata landscape to keep you company. The Green Stage, the largest at the festival, can hold up to 50,000 spectators. The heart of the site is called the Oasis and stays open late into the night, long after the final act; ravers will also enjoy the Red Marquee with its all-night rave until 5 am.

One of the great aims of the Fuji Rock Festival is to be the “cleanest festival in the world” and there’s an active effort and emphasis on recycling at the event.

Fuji Rock: Where to stay

The most popular option for the adventurous attendee is the official campsite area nearby allowing you to party all night. For just 3,000 yen for the weekend, you can set up your tent and have access to toilets, showers, and the nearby food stalls. Approximately 17,000 people every year choose this method of stay, making it a crazy after-hours party.

Naeba is a great resort area if you're looking for comfort. There are plenty of accommodation options available within walking distance from the Fuji Rock Festival but—as earlier stated—they book up fast. Alternatively, many festival attendees stay at nearby ski resorts (although you won't be able to ski during the offseason) and use the free shuttle bus that links JR Echigo-Yuzawa Station; the ride takes 40 minutes and runs until 2 am.

Other possible accommodations are ryokan or guesthouses around Mitsumata and Tashiro, the lesser-known stops along the shuttle bus route. Unfortunately, the Official Tour Center does not allow for direct booking for attendees residing overseas but will offer lodging options to those residing in Japan. Sleeping out of doors or at the station is now prohibited, so it’s important to make proper reservations ahead of time.

How to enjoy Fuji Rock

We've covered tickets and accommodation, so what else is there? Well, these following tips might just make your Fuji Rock experience even better!

Many Fuji Rock veterans can tell you about the disastrous first year, 1997, that has become almost legendary when the festival first took place near Mt. Fuji (hence its name). Thanks to a sudden typhoon and the headline set’s Red Hot Chili Peppers’ lead singer having a broken arm the festival was criticized. The 2nd year fared better on Tokyo’s waterfront, but this time the heat of the Japanese summer was too much to bear.

In 1999, the festival moved to Naeba and—despite being nowhere near Mt. Fuji—has retained the name Fuji Rock Festival. Ever since moving to Naeba, there have been no issues and the festival runs smoothly every year. Attendees nowadays can go with peace of mind and look forward to enjoying themselves.

Aside from the Fuji Rock Festival, Summer Sonic Tokyo & Osaka are also some of Japan's biggest annual music festivals.

One hour and a half from Tokyo to Yuzawa on the Joetsu Shinkansen (bullet train) and costs 6,490-yen one way for a reserved seat. From JR Echigo-Yuzawa Station there is a free shuttle bus that takes approximately 40-60 minutes to arrive at the festival grounds. Alternatively, for drivers, there is car parking available for 3,000 yen a day at the site area. 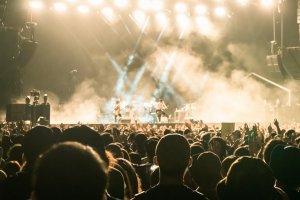 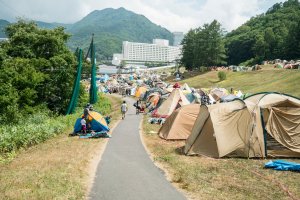 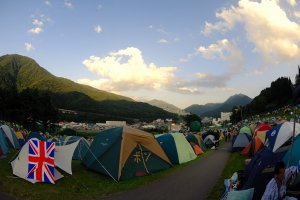