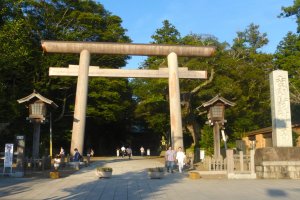 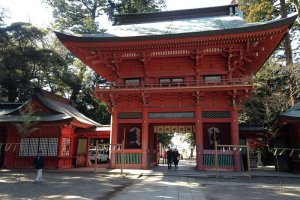 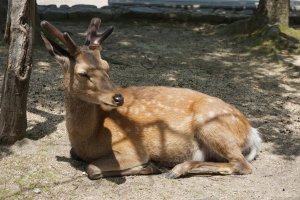 The Kashima Shrine is the oldest Shinto shrine in the Kanto region. This shrine is located in Ibaraki Prefecture and is said to have been built in 600 BC, the same year that Emperor Jimmu ascended the throne.

The shrine is dedicated to Takemikazuchi-no-Okami, the Shinto god of thunder and war. Takemikazuchi-no-Okami is associated with the martial arts and many dojos across Japan display scrolls with his image. Kashima-jingu has been visited by Japanese warlords since the beginning of recorded history.

Many events are held in the shrine throughout the year. The biggest festival, however, is the New Year festival. Over 600,000 people from all over Japan will attend the event in the first three days of January.

The Mitarashi Ike, or Holy Washing Pond, is a natural pond fed by underground spring water. In the past, worshippers would purify themselves in the pond before entering the shrine. Now, the shrine entrance has been moved and visitors use regular water to cleanse themselves. The Mitarashi Ike is now home to the shrine’s Koi fish, its crystal clear waters enabling visitors to see through to the bottom.

Further into the shrine grounds, visitors can get up close and personal with the shrine’s deer. More of an enclosure than a park, visitors can feed the deer by buying carrots for 100 yen. Deer are said to be messengers of the gods, explaining their prevalence among shrines and temples in Japan. It is said that the famous deer in Nara were once from Kashima Shrine.

The Romon Gate in Kashima Shrine is designated as an Important Cultural Property. Only three Romon Gates (Tower Gates) exist in the country, with the one at Kashima Shrine being 13-meters high. It was constructed in 1634 by Yorifusa Tokugawa; the first lord of the Mito Clan.

Kashima and nearby Katori are important Shinto shrines in Ibaraki. Takemikazuchi-no-Okami, the god of thunder, is the patron deity..

Purportedly established around 600BC by Emperor Jimmu, Kashima Shrine is one of Japan’s most venerated Shinto places of worship.

Self-catering seaside cottage in Kashima, Ibaraki about a 45-minutes drive away from Narita Airport. The suite comes with priv..

Roughly a 10 minute walk from Itako Station is one of Japan’s oldest Buddhist temples, the venerable (and long-suffering) Chos..