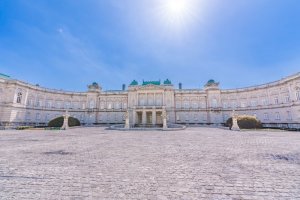 Akasaka is one of Tokyo's more upscale areas, known for its lively nightlife, elegant boutiques and restaurants, and thriving business community.

When it is not officially used, the palace and its grounds are open to the public, making it a must see for tourists and residents alike. Its stately western architecture, with Japanese grounds primarily designed to create a more authentic Japanese ambience for state dignitaries, creates an incredibly impressive backdrop, and the interior of the palace offers sheer opulence and pomp.

The palace also features a range of Western and Japanese art and furniture, as well as samurai-themed decorations. Audio guides are also available to visitors for ¥ 200 (in various languages).

The Japanese Annex (which is primarily used to create a more authentic Japanese ambience for state dignitaries) creates an unbelievably impressive setting and the interior of the palace is pure opulence and ostentation.

Tokyo is home to two National Treasure buildings. The Akasaka Palace, built in 1909, is representative of Japan's Meiji-period..

The Hie Shrine is a Shinto shrine in Nagatacho, in the Chiyoda district (Tokyo). Its Sanno Matsuri, which takes place on June 15, is one of the three..

21_21 Design Sight is a museum in Roppongi in Minato, Tokyo, which opened in 2007. The design museum was designed by architect Tadao Ando and fashion..