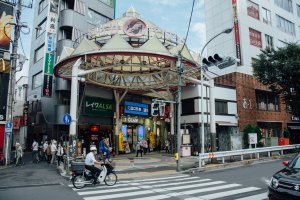 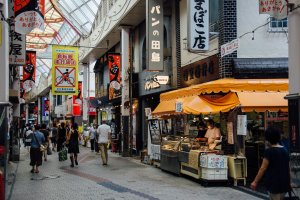 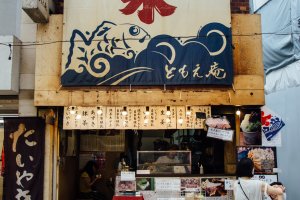 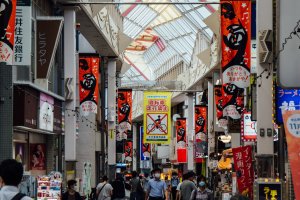 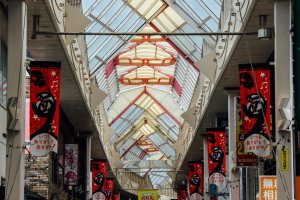 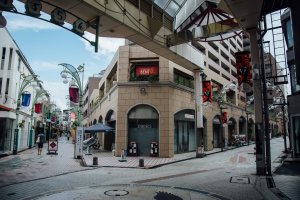 Asagaya Pearl Center has been playing a central role in the community for more than 60 years. With its 700-meter long and elegant main street, which resembles a pearl necklace on maps, this shotengai is studded with history, charm and community spirit.

Pearl Center also hosts Asagaya's renowned Tanabata Festival which draws huge crowds every year. Asagaya Tanabata is held in August every year to coincide with Tanabata in the old calendar. With yukata-clad kids and adults, huge papier mache installations along the street and stalls selling lots of goodies for visitors, it's an important day in the festival calendar. Pearl Center is one of the venues of Asagaya Jazz Streets whose festival has taken place since 1995, attracting a lot of jazz fans each year.

Peal Center has a huge variety of about 250 shops and services including boulangeries, popular liquor stores, kamaboko stores and sweets stores like Tomoean, Chimoto and Toraya. It also hosts a delicatessen popular with foreign customers and a few mobile phone stores which also help non-Japanese residents and tourists with the complexities of setting up a mobile phone or SIM card. There are also stores dealing in kimono and wagashi (traditional Japanese sweets) which seem to be growing in popularity with foreign guests.

A close-knit community with an old-school atmosphere, Pear Center is a welcoming location with an adult atmosphere. Families and children love the peacefulness and charming store owners who have been situated there for decades.

Pearl Center serves its community well and with its array of retail and dining opportunities and quaint atmosphere it's no wonder that it's held in the hearts of many Asagaya locals.

Few people may realize that an 83-room hotel occupies floors 16-19 atop the distinctive, triangular Sun Plaza building, a ston..

With rates as low as 45,000 to 55,000 yen per month, Fontana's Tokyo City Apartments make sense for both short-term travelers..

A few seconds walk from JR Asagaya visitors will stumble across Star Road, a maze of small bars and cafes which has been serving the good folk of Asagaya..

Asagaya Shinmeigu Shrine (阿佐ヶ谷神明宮) is a real gem of a shrine just a few minutes walk from the north exit of JR Asagaya Station. It's also..

A relatively short distance from the south exit of JR Ogikubo Station is the supremely tranquil Otaguro Park. The former home of influential classical..