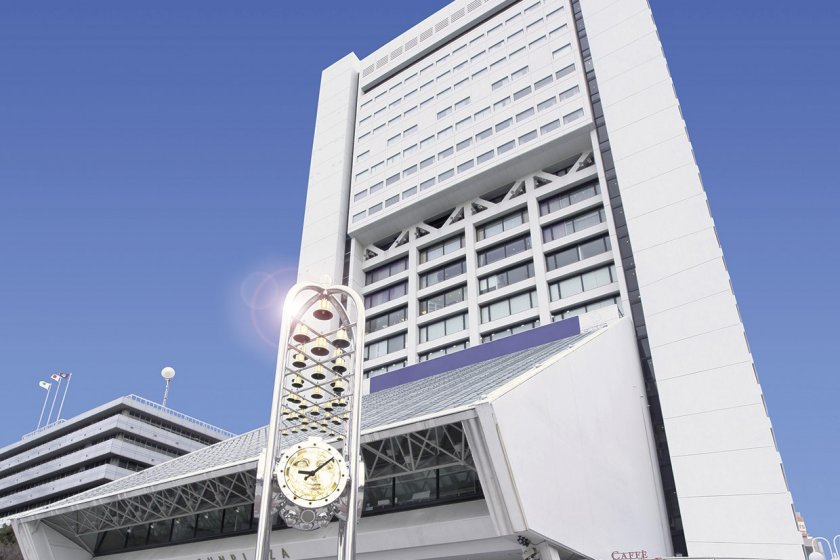 Even though Sun Plaza itself is over 40 years old, the hotel’s rooms have been remodeled to be clean and modern. The hotel mostly offers Western rooms in various layouts of standard single rooms, double rooms and twin rooms. Many guest rooms on the side facing Shinjuku have small sofas upon which to sit and enjoy the expansive view, while single rooms on the building’s other side are complemented with electronic massage chairs.

Japanese-style rooms with tatami mats and futons are also available. These rooms look out upon the 16th floor’s small Japanese garden, complete with trees and raked gravel. You would hardly know you’re in a large city center; the garden obscures the commotion of the streets below and creates an atmosphere of serenity akin to a Japanese inn, or ryokan.

All rooms have Wi-Fi, and guests of the hotel can also use Sun Plaza’s pool and gym facilities for a nominal fee.

Sun Plaza has various other features, including banquet rooms and recreational facilities, but it is best known as a concert venue. Its spacious performance hall features excellent acoustics and includes four levels with a total of 2,222 seats (a purely coincidental number, we are told). The concert hall helped form the entertainment connection to nearby Nakano Broadway by hosting numerous concerts, including world-famous orchestras and musical performers—Bob Marley even had a gig. Nowadays the concert hall ties into Nakano’s otaku culture with regular performances by J-pop group Morning Musume as well as anime-related music and events.

At the top of the triangle, Sun Plaza’s 20th floor is home to two restaurants. Located just to the right after exiting the elevator is the elegant Japanese restaurant Nakano. Its view overlooks the Nerima side of Tokyo, and reservations for window-side tables fill up fast. On a clear day, patrons can spot the faraway Mount Asama and Mount Tsukuba. Or ask for a counter seat where you can watch the cooks skillfully prepare your order.

This restaurant serves all types of Japanese food, including sushi, soba noodles, tempura and grilled fish. The artfully arranged hanakobakozen, which are bowls set in small boxes, are a popular favorite for lunch.

121 Dining is also located on the 20th floor of the Sun Plaza building, occupying the side that overlooks the Shinjuku skyscraper district. Just as with restaurant Nakano, this is the highest vantage point from which to enjoy fine dining in the Nakano area, and offers excellent food and an equally appealing view—particularly at night when Tokyo’s concrete jungle turns into a shimmering wonderland.

121 Dining is officially a French restaurant, but the menu offers a range of Western-style dishes that include its specialty roast beef, as well as salads and spaghetti. Ordering à la carte is also possible, with three to four different options each for appetizers and meat dishes. 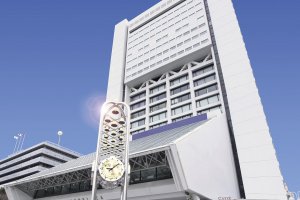 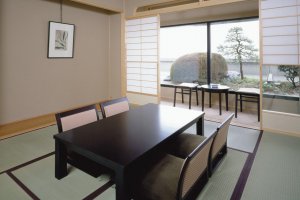 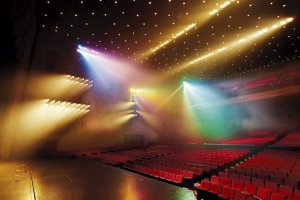