Decidedly residential, Nakano City is not only home to numerous local temples and shrines but also to the legacy of one of Japan's most influential thinkers, new era public spaces combining business and relaxation, and Nakano Broadway, the city's answer to the comic fans of Akihabara.

Five minutes from Araiyakushi-mae Station on the Seibu Shinjuku Line.

A small shrine hidden within a tight cluster of trees, Shinmei Hikawa Shrine is a perfectly contemplative spiritual space. Highlighted by the surrounding greenery, this simple Shinto shrine features some interesting komainu guardian statues, with one protecting its young cub.

Ten minutes from Nakano Fujimicho Station on the Marunouchi Line.

Ten minutes from the North Exit of Araiyakushi-mae Station on the Seibu Shinjuku Line.

A community friendly green space, Nakano Central Park is one of Tokyo's new breed of purpose built public spaces. Serviced by local businesses and restaurants, the park continually plays host to community events, markets and festivals. Its fountain and sprinklers make it particularly popular during summer.

Five minutes from the North Exit of Nakano Station on the JR Chuo Line.

Run by the Tokyo Shinmei religious organisation, the Torek Museum of Art is open to the public. Featuring the collected works of the organisation, the gallery hosts several exhibitions throughout the year, focusing on Japanese and Asian art including paintings, sculptures, clay work and lacquer ware.

Currently undergoing renovations until March 2020, Yamazaki Memorial Nakano Historical Museum has been widely acclaimed as one of Tokyo's best municipal folk museums. Featuring two floors of displays and several exhibitions throughout the year, this museum traces the history of the region from ancient times.

Ten minutes from Numabukuro Station on the Seibu Shinjuku Line.

Think Nakano and chances are you will think of Nakano Broadway. This shopping complex draws in fans of the manga and anime world from everywhere. Cosy enough to be personal yet large enough to amaze, Nakano Broadway is one the city's most well known spots.

Three minutes from the North Exit of Nakano Station on the JR Chuo Line.

The Grave of Inoue Enryo

Inoue Enryo was a philosopher, Buddhist reformer, and teacher in the Meiji Period. Founder of Toyo University, Japan's first Society of Philosophy, and publisher of journals, books and lecture tour speaker, Inoue's grave is in Nakano City.

Fourteen minutes from the North Exit of Araiyakushi-mae Station on the Seibu Shinjuku Line. 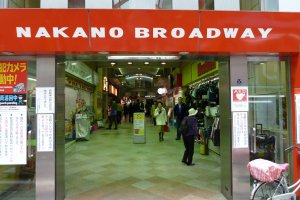 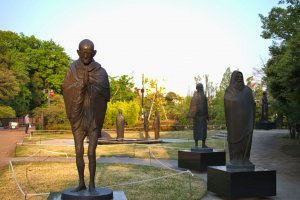 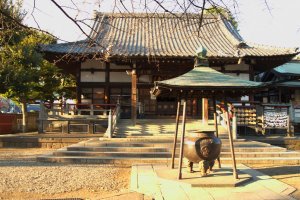 Kim a year ago
Honestly, I love residential areas. Gives so much insight into a place!
Reply Show all 1 replies

Sleiman Azizi Author a year ago
Especially in Japan where there is actually quite a lot to see.
Reply

Elena Lisina a year ago
My friends lives in Higashi-Nakano, but I have never visited that district yet.
Reply Show all 1 replies

Sleiman Azizi Author a year ago
I've friends who lived in the area. They were quite happy to see these Nakano-themed articles. They told me "Best place in Tokyo!" lol
Reply
4 comments in total
Back to Contents