One of Tokyo's most famous festivals

Mid May
Lifting the mikoshi at the Kanda (Photo: Kobby Dagan / Shutterstock.com)
Venue: Kanda Myojin Shrine When: Mid May 2023

Get ready, because the Kanda Festival (Kanda Matsuri) is one of the really big ones, and it only comes around once every 2 years. The two-day festival in mid-May features distinct events on Saturday and Sunday, which are deeply tied to the festival's history.

On Saturday, an enormous parade takes place around various old neighborhoods of Tokyo (including Kanda, Nihonbashi, and Awajicho), leading to the Kanda Myojin Temple. The parade has so many participants, and its route (which has changed somewhat over the years) is so long that the entire event lasts from 8:00 a.m. to 7:00 p.m. The parade includes giant old floats, musicians, people dressed in old, traditional clothing, and even monks riding horseback. This harkens back to the festival's origins in the 17th century when it was created to celebrate Ieyasu Tokugawa's victory in the battle of Sekigahara, which cleared his path to the shogunate and led to a long period of peace and prosperity in Japan.

Originally, the festival gave thanks to a shrine using performances of Noh theater. Though the Noh style did not last, the performance element of the festival did. Townspeople would dress up in costume and produce lavish theatrical performances, and during the Edo period (603 - 1868) the parade would lead through the precincts of Edo Castle, giving commoners a rare view inside. Most of the original floats, which had been used since the early days of the festival, had been destroyed in the Great Kanto Earthquake of 1923, or in the bombings of WWII.

On Sunday, the Kanda Festival is all about mikoshi, which are portable shrines that are carried by large teams of people, often representing neighborhoods or groups. Well over 100 mikoshis, adorned with a golden phoenix on top of each, are carried throughout the parade route, on the way to Kanda Myojin Shrine. At the shrine, each team takes a turn bringing their mikoshi to the front for an individual ceremony and prayer. Teams chant and bounce as they try to maneuver their mikoshi through the thicks crowds in the temple. It's a lively atmosphere and a lot of fun to watch up close.

In addition to the main events, the Kanda Festival also includes an excellent taiko drum performance, traditional music groups, and a variety of festival food stands. It's not to be missed!

The Kanda Festival is one of the three Great Shinto Festivals of Tokyo and packs in thousands of people during each of its incarnations. It is held only on odd-numbered years.

The Sanno Festival (Sanno Matsuri), another of the Great Shinto Festivals of Tokyo, is held in the even-numbered years, while the third member of that group, the Fukagawa Matsuri, is held annually in August.

Kanda Myojin Temple is accessed most easily from Ochanomizu Station (JR Chuo Line, JR Chuo-Sobu Line, Tokyo Metro Marunouchi Line) or Shin Ochanomizu Station (Tokyo Metro Chiyoda Line). There are many signs in the station and surrounding area pointing the way to the temple, and are written in English. The parade occurs on the streets around the temple - it's easy enough to follow the crowds. 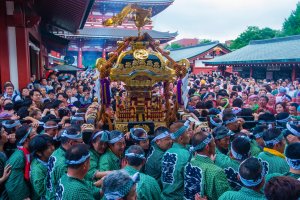 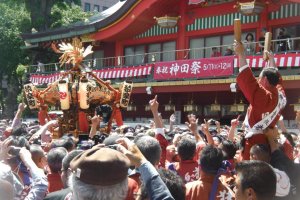 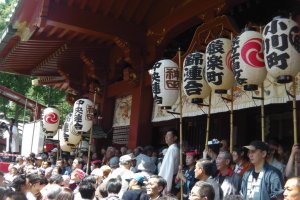 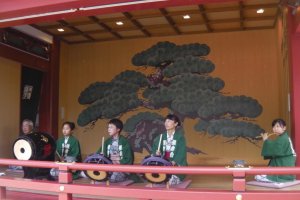 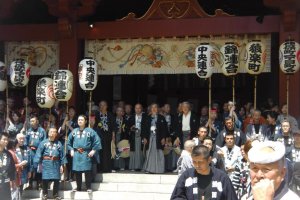 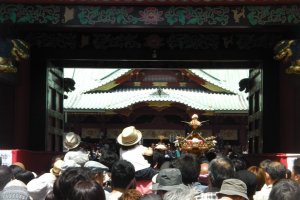 Relinda Puspita 3 years ago
Once in Tokyo I haven't seen any festival. It looks interesting.
Reply Show all 0 replies

Elena Lisina 3 years ago
festivals in Japan are amazing! But SO crowded! :)
Reply Show all 0 replies
2 comments in total