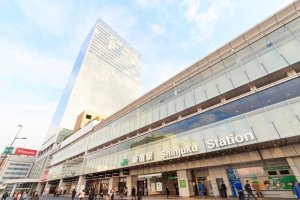 Tokyo's busiest train station needs no introduction, but we're going to give Shinjuku one anyway.

The government building, the garden, and a shrine in Shinjuku, Tokyo.

With Koenji being a "creatives town" it's no surprise that BnA Hotel opened there in 2016 and has had, subsequently, an incredible impact on the local..

The robot restaurant in the Kabukicho Shinjuku entertainment district offers an extraordinary experience for those looking for something really flashy...

Shinjuku Golden Gai is a small area in Kabukicho, Shinjuku, that is famous for both an area of ​​architectural interest and nightlife. It consists o..

The Tokyo Metropolitan Government Buildings (東京都庁舎, Tōkyō Tochō) are comprised of the North and South and house many offices relating to the lo..