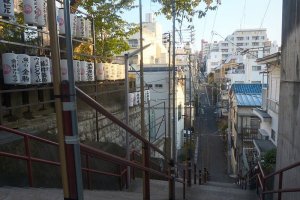 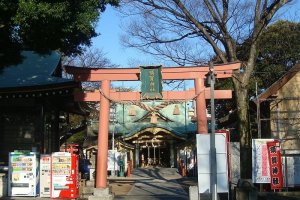 The Suga Shrine has been located in Yotsuya Tokyo since the Edo period and is considered the guardian of the eighteen districts of Yotsuya.

Once a year, the ritual known as the "Teno Festival" is held in Yotsuya. In the Edo period, this was one of the five largest festivals of this period.

Above all, it is known for its narrow stairs that lead up to the actual shrine, a key scene in the 2016 anime film "Your Name" (Kimi no Na wa).

Originally, Suga Shrine consisted of two separate shrines: the Gozutennou Shrine and the Inari Shrine, which, however, were merged into one common shrine after the Meiji Restoration.

This huge park in the heart of Tokyo is known for its numerous sports facilities. It also offers many other attractions for visitors of all ages. The..