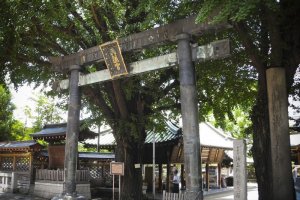 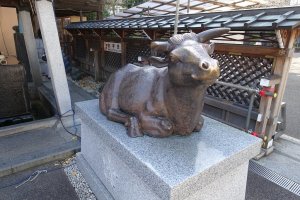 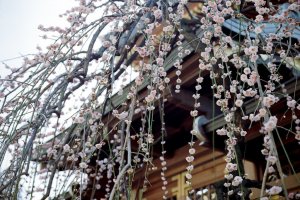 Yushima Tenmangu, also known as Yushima Tenjin, is a Shinto shrine dedicated to Tenjin, the god of learning. It is conveniently located in Bunkyo City, positioned near Ueno Park and the University of Tokyo, which makes it a popular spot for students to pray for good grades and inscribe ema (wooden plaques) with their academic goals. The shrine is also abundant with seasonal flowers and plays host to lively events throughout the year, including the Plum Blossom Festival, Tenjin Festival, and Chrysanthemum Festival.

The shrine was initially founded in 458 as a place of worship for Ame-no-Tajikarao, the god of physical strength. Later, in 1355 the building expanded and became one of the many shrines dedicated to Tenjin, the deified spirit of famous scholar and politician Sugawara-no-Michizane.

The grounds feature beautiful shrine buildings designed in the traditional Shinto architectural style, some which are decorated with colorful carvings of Japanese legends. The Main Hall (or Honden) exemplifies this artistry. Other notable structures are Yushima Tenjin Treasury, a small museum that holds a number of cultural artifacts and paintings, and Omotesando, the copper torii gate at the shrine’s entrance. The torii was designated as a Tangible Cultural Property by Tokyo.

Located near the entrance of the shrine, nade-ushi, which translates to “patting cow” in English, is a cow statue that is believed to cure physical illnesses. Simply rub the part of the cow where you are feeling unwell.

Michizane loved plum blossoms. Consequently, the shrine is home to over 300 plum trees of differing varieties. These popular trees bloom from February to early March. During this time, the shrine celebrates Ume Matsuri, a festival filled with tea ceremonies, traditional music and dance performances, food stalls, and more.

Tenjin Matsuri is held annually on May 25th and is one of the shrine’s major festivals. The lively celebration includes drumming and traditional dancing. Every two years, on the weekend following the festival, the shrine holds a parade of beautifully decorated omikoshi (portable shrines).

Built in commemoration of Sugawara no Michizane, a figure regarded as the god of scholarship, the Yushima Shrine is one of Tok..

Yushima Tenman Shrine in Tokyo is dedicated to Tenjin, the deity of learning, and attracts many students who pray for good grades...

Ameya-Yokocho is an extremely busy street market that runs along the railway line between JR Ueno Station and Okachimachi Station. There are many small..

Kanda Shrine (Kanda-myōjin), is a Shinto shrine located in Chiyoda, Tokyo, Japan. The shrine dates back 1,270 years, but the current structure was r..