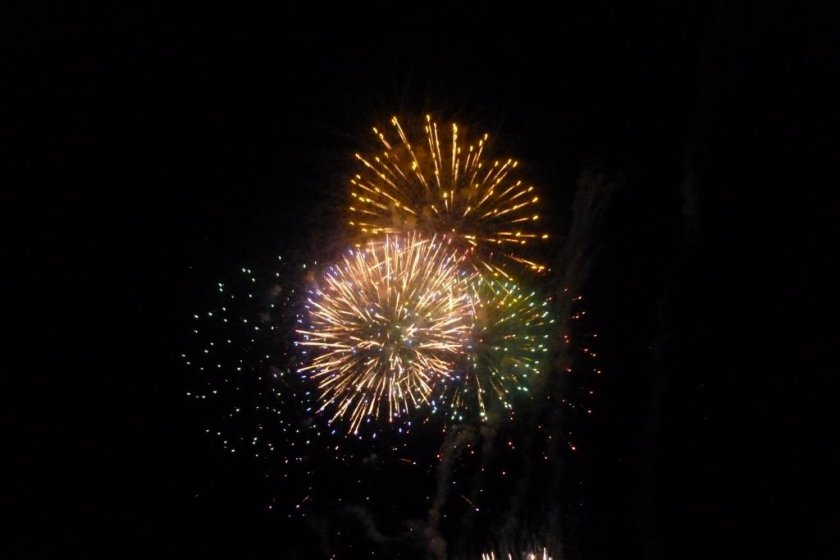 Fireworks with a big dragon!

Late May
Fireworks over the river (Photo: N.Skoulding)
Venue: Tenryu River When: Late May 2022

Beginning in Nagano Prefecture and meeting the sea at the coast of Shizuoka, the Tenryu river is the ninth longest in Japan. In late May, the Enshu Hamakita Flying Dragon Festival is held in honor of Ryujin (Dragon God), god of the Tenryu River, in Hamakita. The culmination of this festival is free fireworks displays held on both Saturday and Sunday evenings as a celebration of water, sound, and flame.

Head to Shin-Hamamatsu (the small train station) and take the Aka-den/ Enshū line to Hamakita Station. From Hamakita Station there's a free shuttle bus to the river. You’ll even be given a plastic bag to put your trash in as there are no trash cans by the river.

Once you arrive at the river, you’ll find festival stalls selling food such as yakisoba, chocolate-covered bananas, fries, and melon pan among other things. During the afternoon on the river bank, there's a kite-flying contest by the district locals who form teams, as well as some dancing and music on the main stage. As the weather is still a little cold in June, you're less likely to see locals in yukata but instead in festival coats (happi coat) wearing tabi shoes, which is still pretty cool to see. If you come to see this, I suggest bringing a mat to sit on, and maybe a picnic to enjoy, and some insect spray.

As the sun sets, several remarkable performances of taiko drums take place on the main stage. These are well worth watching as different groups perform—the children who take part are amazing. Afterward, there are speeches by the organizers and the winner of the kite flying is announced and presented with a prize. A fire is then lit and those who took part in the kite flying run around the bonfire whilst making as much noise as possible waving their team flags. Finally, as the bonfire dies, lanterns are lit as everyone prepares for the finale of the festival.

The highlight of this event is the fireworks display that starts at 8 pm, which is quite spectacular. Fireworks of many colors and shapes can be seen including diamonds and triangles. Japan doesn't disappoint when it comes to fireworks! But it gets better—the dragon which is beside the riverbank is lit up with fireworks and also shoots fireworks! At this point, many children go crazy as it's quite an amazing thing to see. Once the fireworks are over, free shuttle buses will take you back to Hamakita Station. 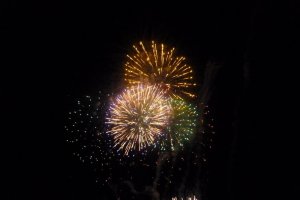 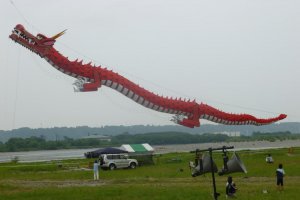 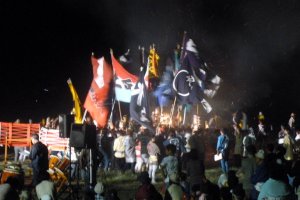 This event usually takes place on the last weekend of May or first weekend of June – always check the official website for the latest information.