A restful temple with a historical Buddha statue 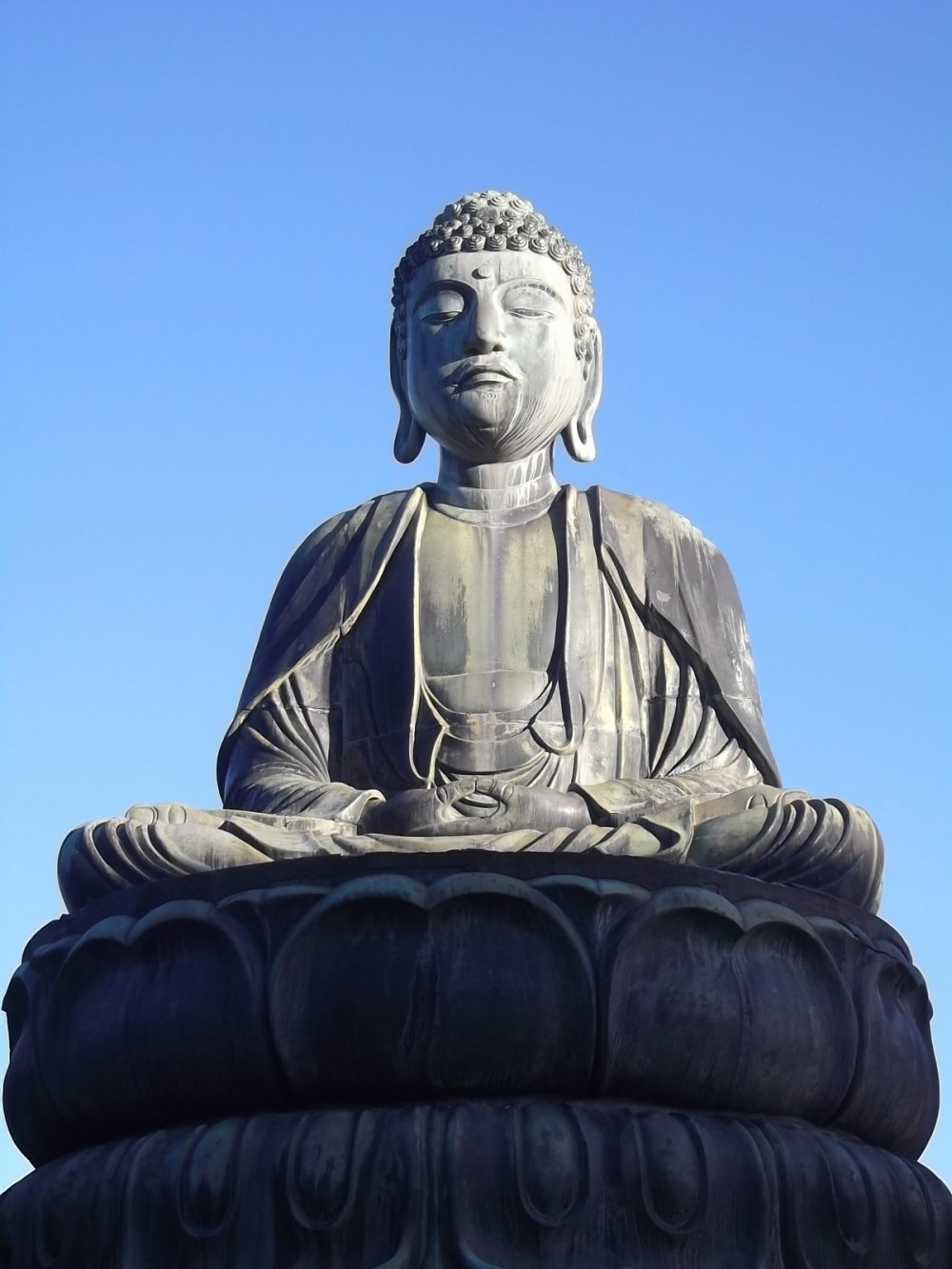 A close-up of the Buddha's serene posture and face 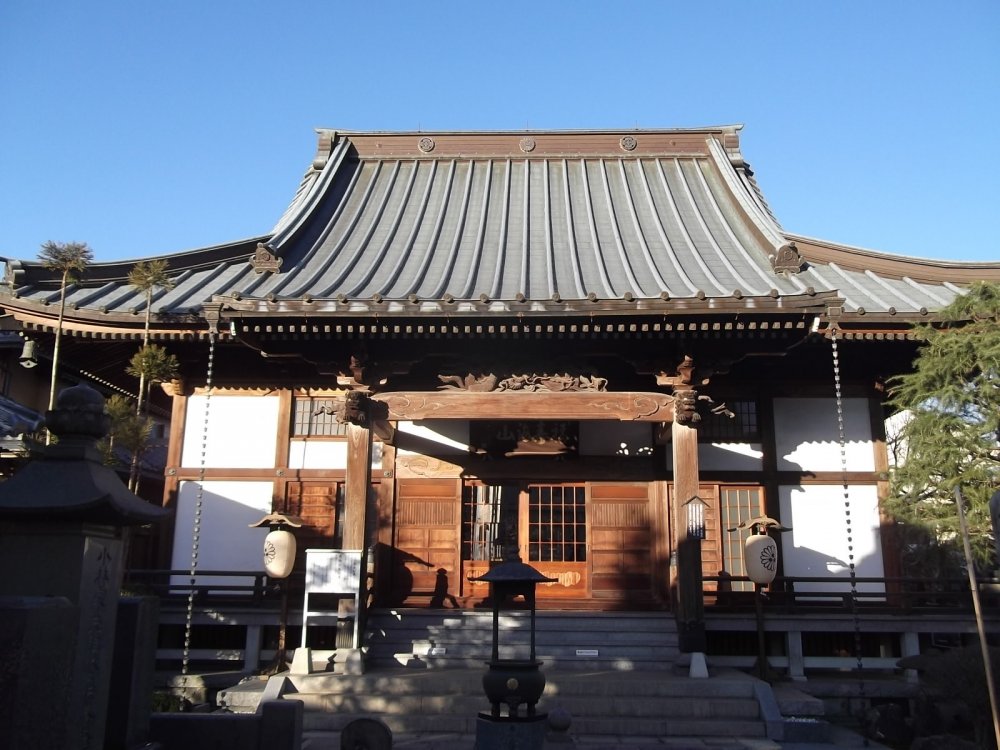 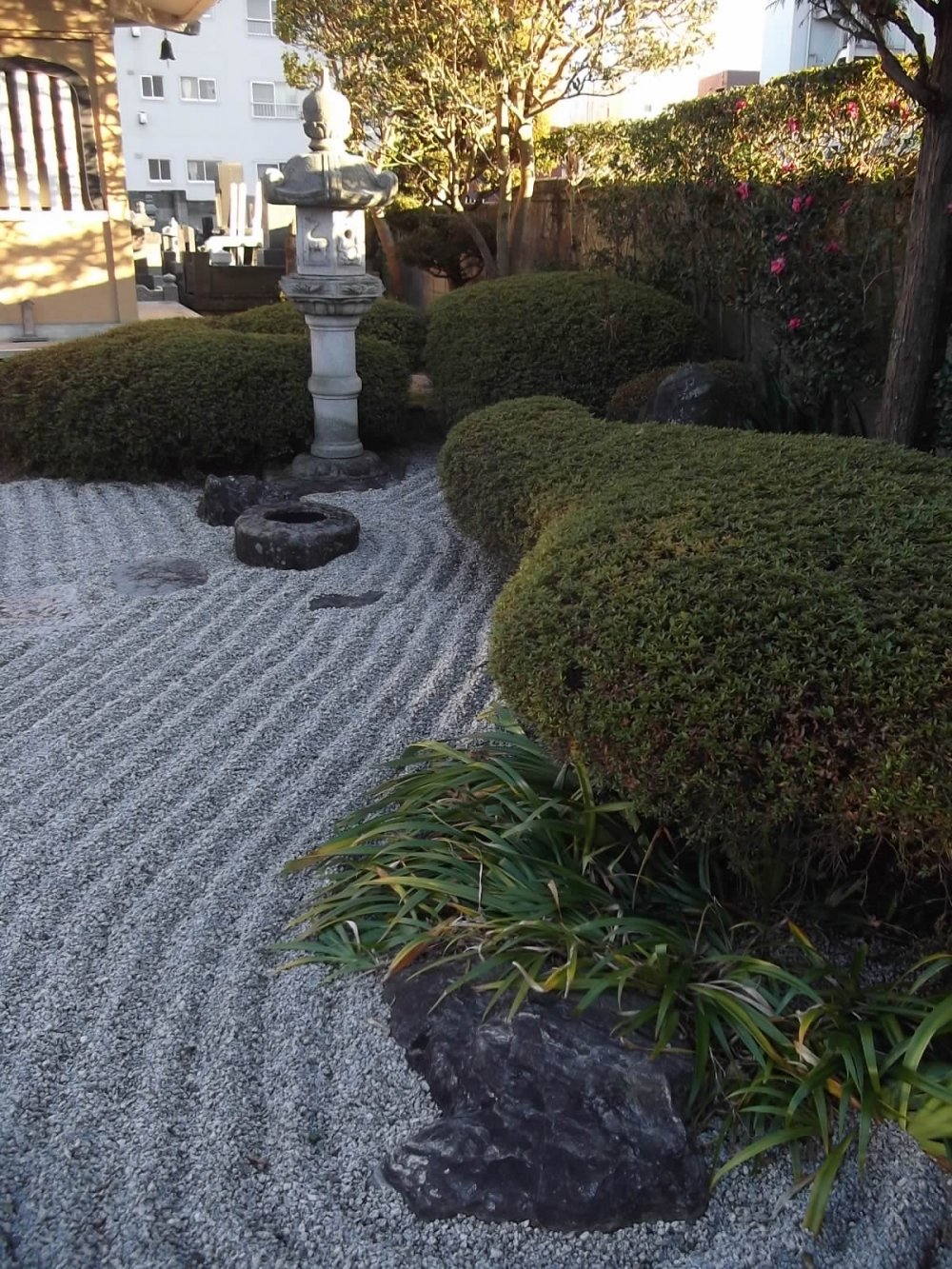 Raked gravel in the temple garden 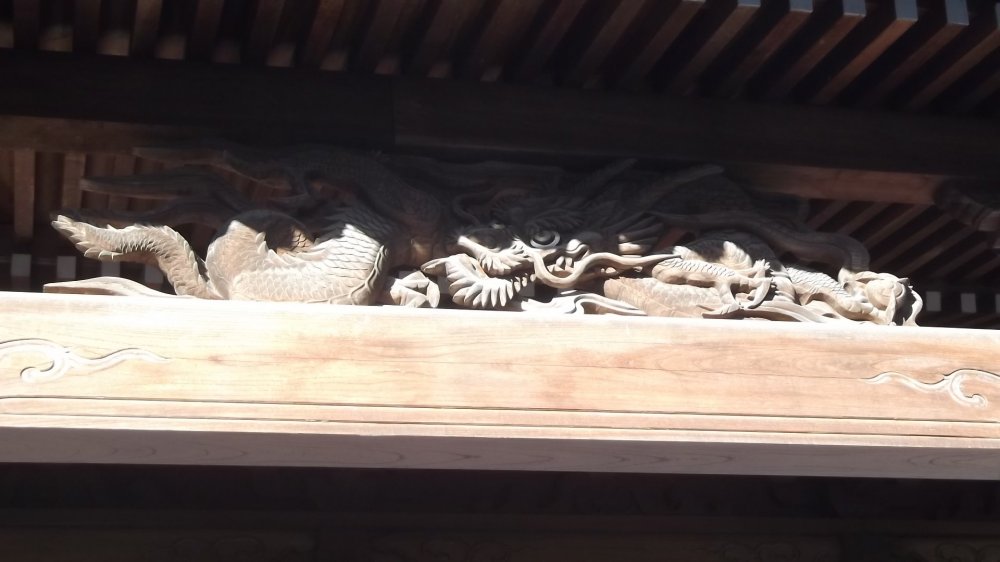 This dragon lurks under the eaves of the main hall 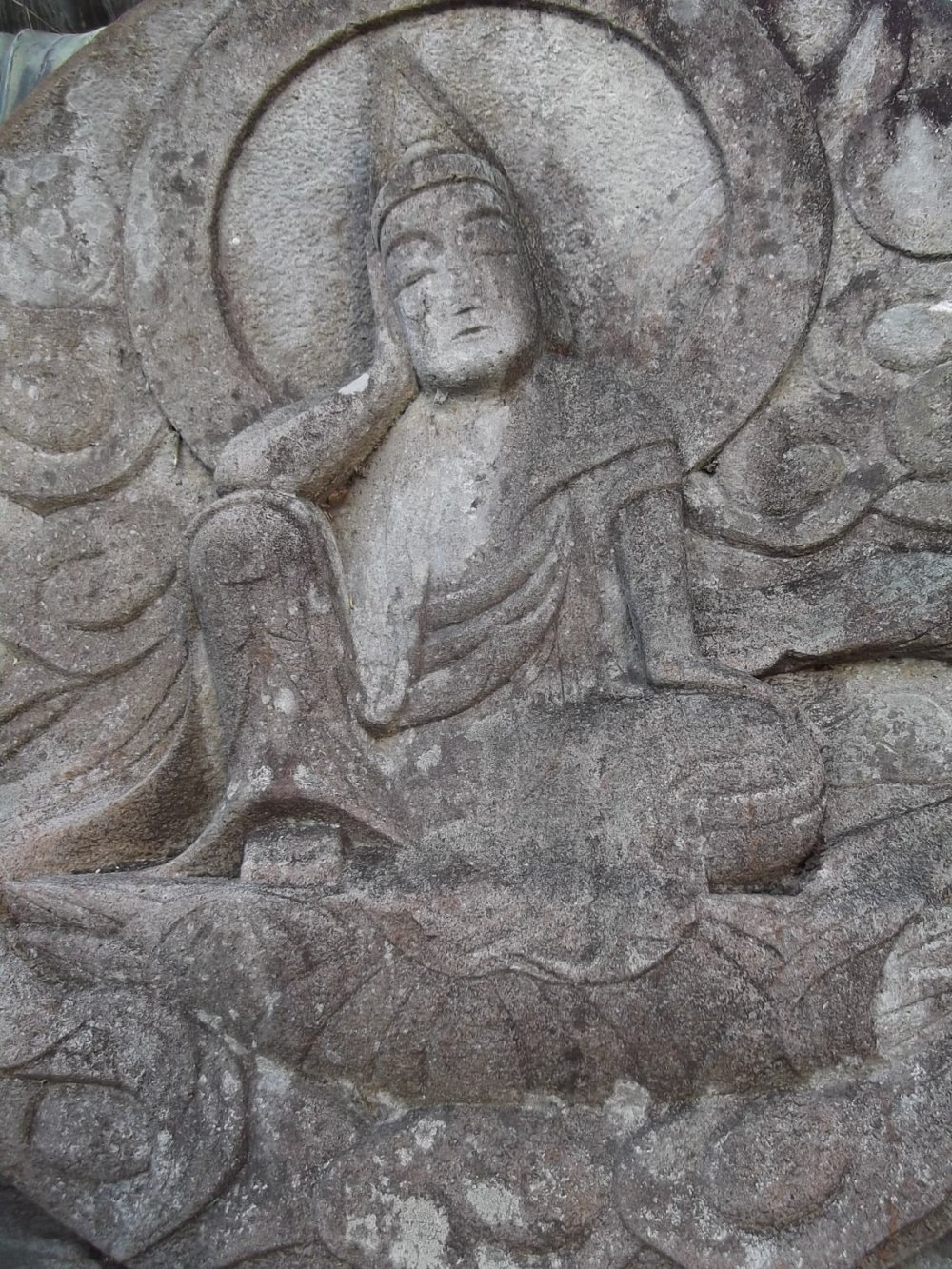 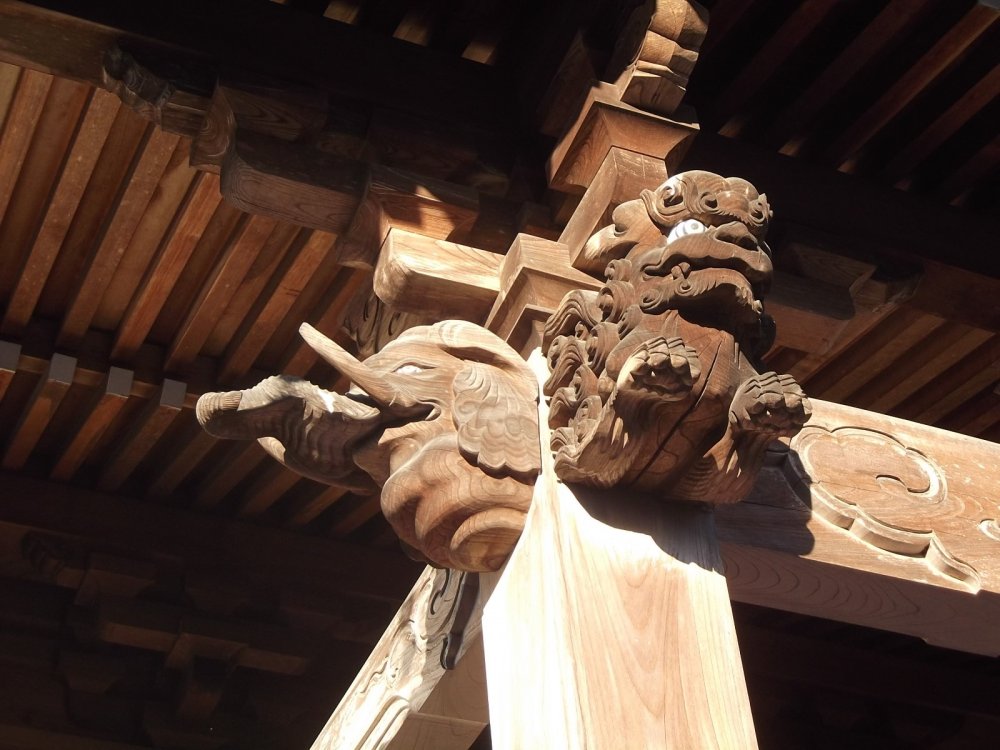 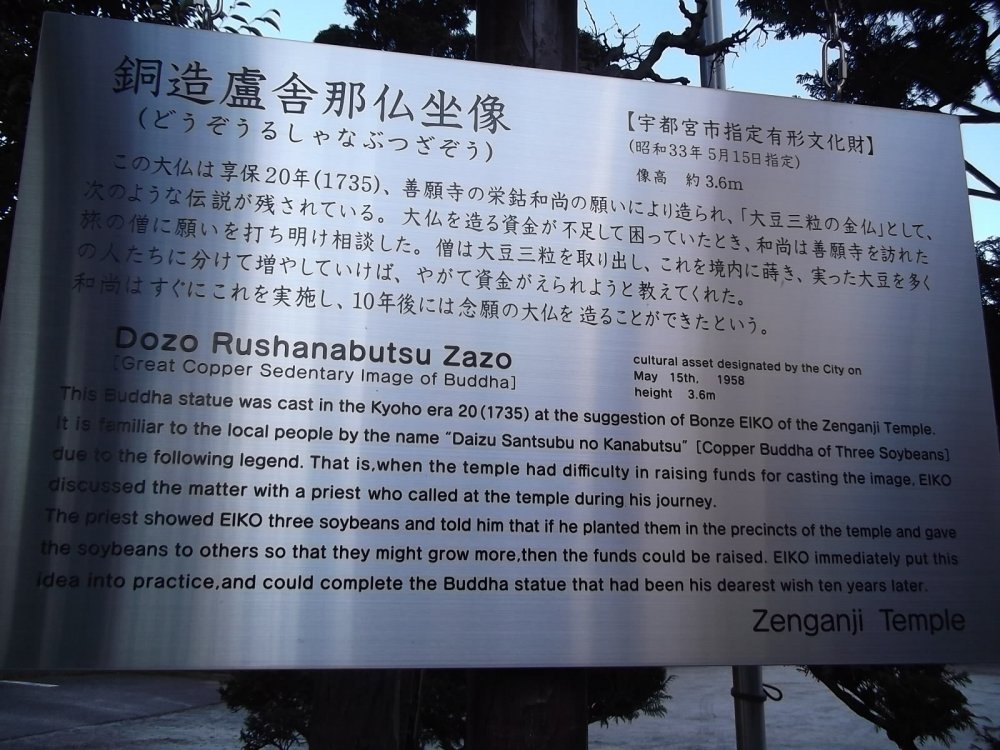 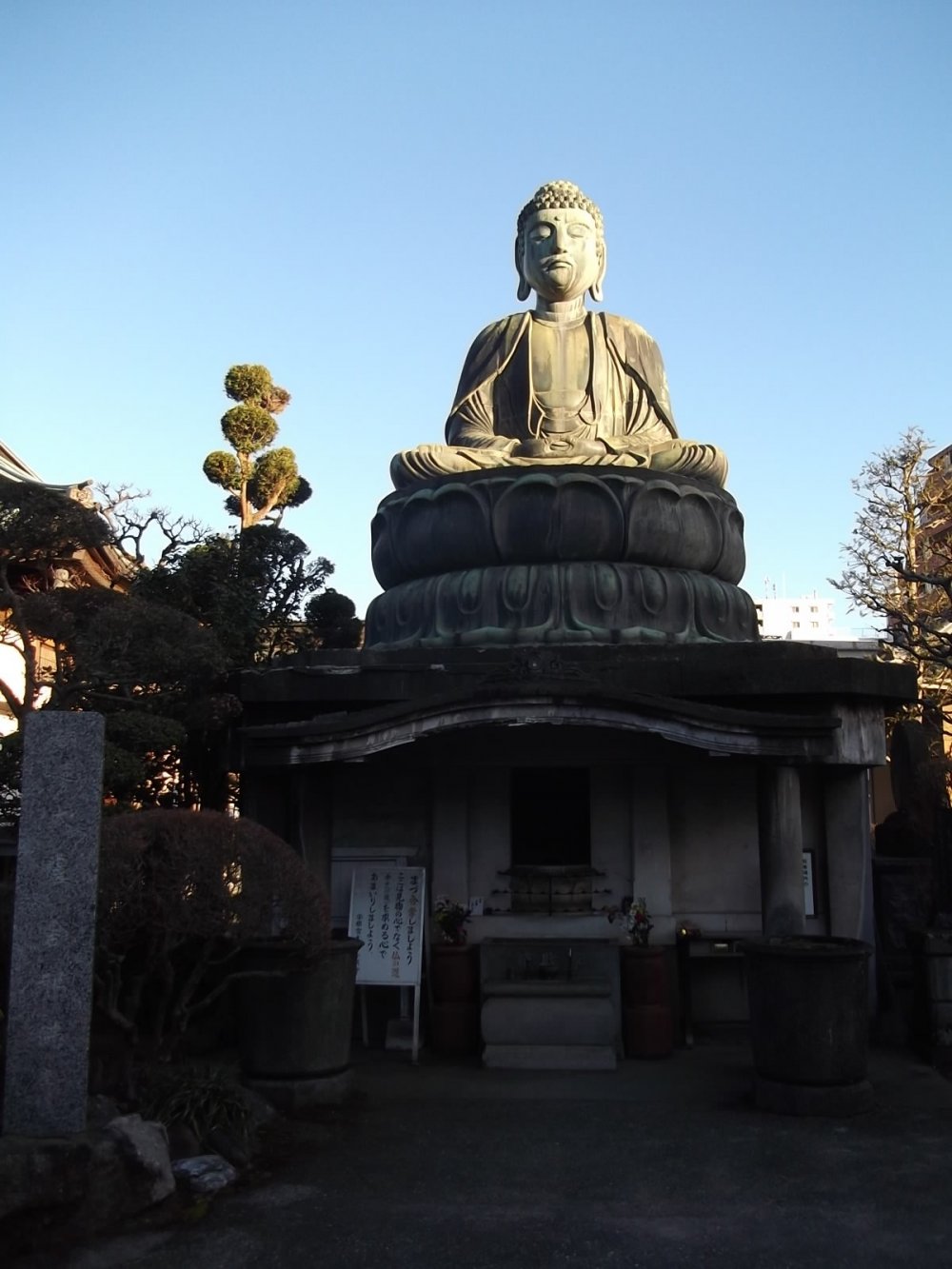 The seated Buddha statue on top of its shrine 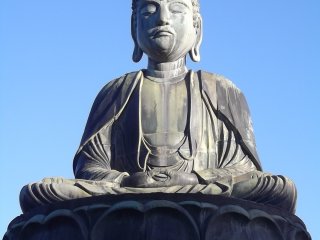 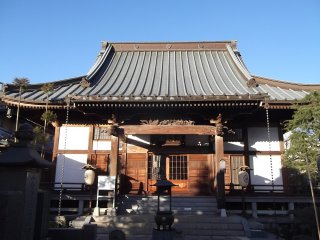 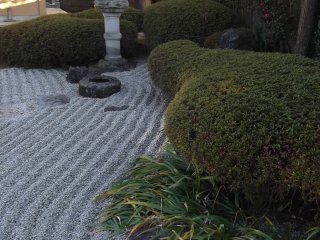 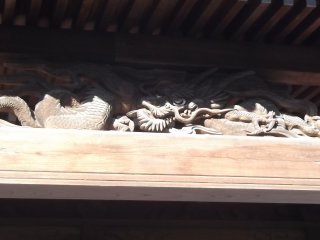 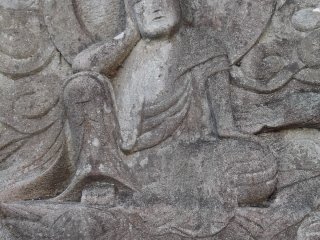 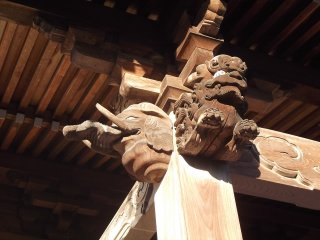 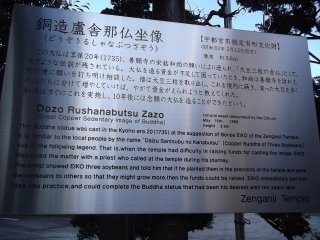 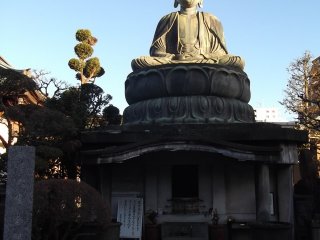 Close to the Tagawa River about ten minutes' walk from JR Utsunomiya station, Zengan-ji is a peaceful Buddhist temple, little-visited compared with the city's main attraction of Futaarayama Shrine.

It's a little out of the way, but you can stop by if you're walking between the station and Utsunomiya-joshi Park, where you can see the remains of the city's former castle.

The main point of interest is a three-and-a-half meter seated Buddha statue cast from copper, dating back to 1735, meditating in the open air on top of a simple stone shrine. An English sign explains how three soybeans helped the local priest raise funds to have the statue cast.

There are some other familiar features to this temple: raked gravel to contemplate and a stone lantern to admire in the garden, more statues in the precinct and graveyard, and a fierce-looking carved wooden dragon, coiled and ready to swoop down from under the eaves of the main worship hall.