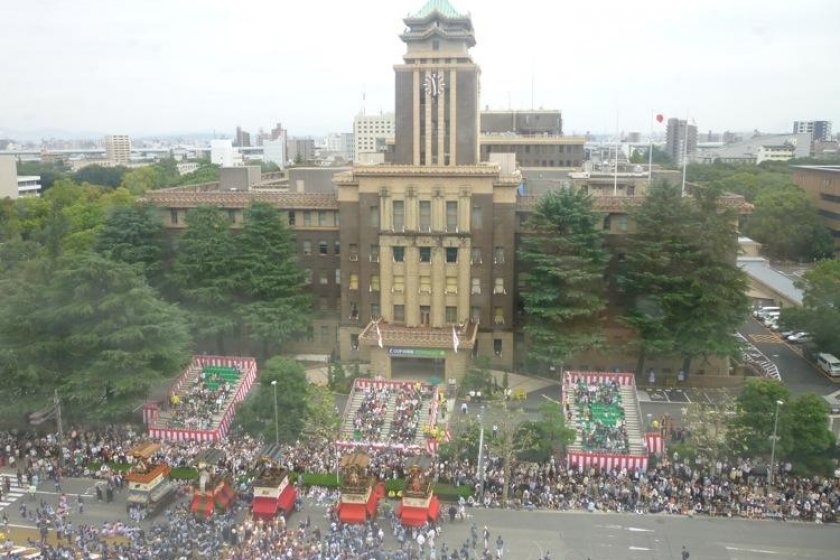 Samurai on the City Streets

The sounds of gunfire and of clashing swords and armor can be heard in the streets of central Nagoya City on the first weekend of October every year. Samurai armies and their long dead commanders return to accept the praise and adulation of the cities population in the Nagoya Festival, or San Eiketsu Gyoretsu, the procession of the Three Heroes of the Warring States period, Oda Nobunaga, Toyotomi Hideyoshi and Tokugawa Ieyasu.

These three unifiers of the nation were all born in and around Nagoya City, and are celebrated with an annual procession stretching over 1.5 Km long through the wide streets of Nagoya and featuring over 700 participants, many in period costume and traditional samurai armor. Staged over two days, the festival began in 1954 when a war ravaged Nagoya was emerging from the ashes of World War Two. Over the years, as Nagoya’s economy has grown, the event too has grown to its current grand scale.

At various stages along the route, battle re-enactments by matchlock gun and sword toting, fully armored samurai with war banners fluttering behind them are performed by members of the local Self Defense Forces. In between are the heroes themselves. Oda Nobunaga who commenced unification of the Japan, only to be killed by a traitorous general before realizing his dream of peace. Toyotomi Hideyoshi, who took over the helm from Nobunaga and quelled the various wars. Finally Tokugawa Hideyoshi, who, upon the death of Hideyoshi, fought to maintain the peace, becoming Shogun in the process. Princesses, warriors and other attractions round out the parade.

Other highlights include the many traditional, and non traditional flower decked floats sporting other historical and modern day heroes of the region. Other more contemporary attractions include Sister City representatives in an open car parade, marching bands, baton twirlers, even teams of unicycle riders. There are martial arts demonstrations and various musical entertainments staged along the central Hisaya Odori park, and demonstrations of Yabusame, samurai horseback archery at Atsuta Shrine.

Vantage viewing points are in front of Nagoya City Hall, where the parade begins, although the MC’s continual narrations can drone on a bit and VIP stands block some of the better views, try the wide intersection of Otsu and Sakura Streets, and the intersection of Otsu and Hirokoji Dori in front of Mitsukoshi Department store. This is where the matchlock gun and sword fighting battles are usually staged, providing some great photo and video opportunities. Find your vantage point early (the east side of the road, TV tower side, is recommended) and prepare to be gently jostled!

Nagoya’s long and exciting history really comes alive during that October weekend, and although the parade remains basically the same each year, many hundreds of thousands turn out along the city central streets to enjoy the spectacle and catch a glimpse of the Heroes of Japan. 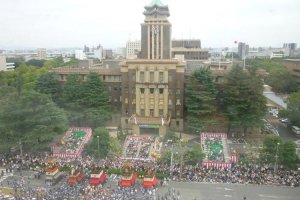 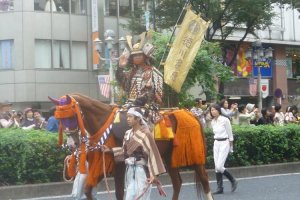 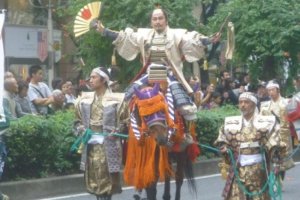 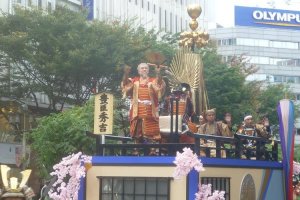 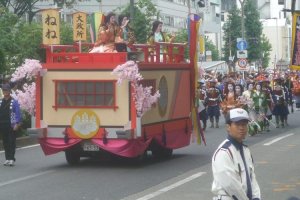 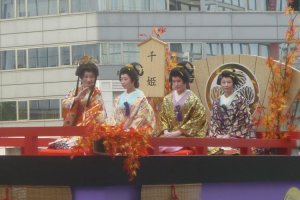 Elena Lisina 2 years ago
Looks great! I'd like to watch this festival some day. Thanks!
Reply Show all 0 replies
1 comment in total