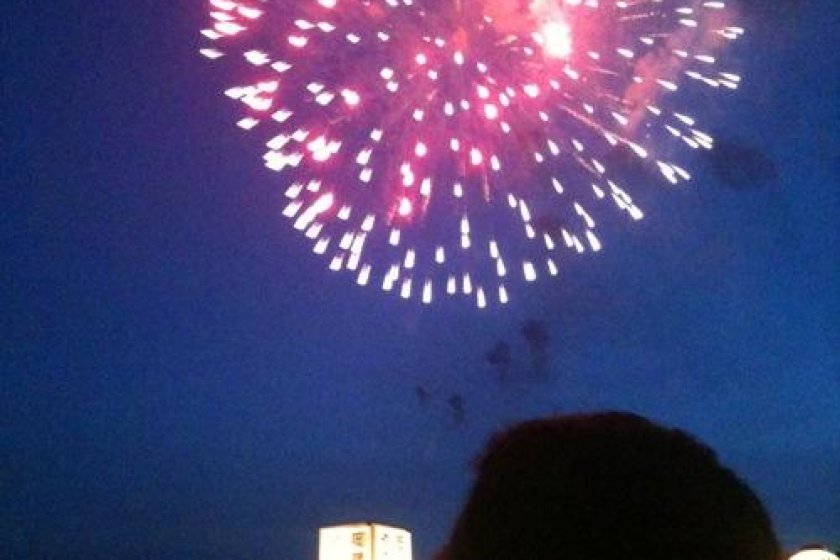 A Night at the Okazaki Fireworks Festival

Japan's Biggest and Best Bang of 'em all!

Japan’s summer would have to be one of the noisiest times of year! Along with the incessant squealing of the cicadas which come out in force following the rainy season, the dull hum of a million or so air conditioners, the slurping of cold noodles, children on school holidays, and continual cries of "It's hot! It's hot!"  makes the noise almost unbearable!

On top of that are the explosions. Hanabi, Japanese fireworks light up the sky for miles around, and scare dogs for miles around too with their heart thundering boom! One of the best places to see fireworks at their most grandiose, is at Okazaki in Aichi Prefecture.

Each year since the Edo Period, on the first Saturday of August, over 20,000 fireworks explode in the sky above Okazaki Castle from the riverbanks that once served as a natural moat. Okazaki was the birthplace of the Shogun, Tokugawa Ieyasu, and as such was a stronghold of the Tokugawa and Matsudaira Clans from which they evolved.

Being the clan stronghold meant that Okazaki was one of the very few places to be permitted to make gunpowder, and the Ono family of Okazaki have carried on the tradition since being requisitioned in the 1550’s. Even today, over 70% of all fireworks are designed and manufactured here, meaning that new designs can be seen here a year ahead of the rest of the country.

On that hot, steamy August night, thousands gather from not just Okazaki, but from all over Aichi Prefecture to witness the annual spectacular. The recent state of the economy has done nothing to dampen the scale or the enthusiasm. The riverbanks are set up as Japanese styled bleachers, each seating area being a squared off section suitable for six to eight people. Although these seats are rather expensive at \43,000 each, they do provide the best positions to enjoy the stunning night time entertainment. Other cheaper areas are available from \4,000. Patrons bring copious obento boxes of food and drink, and the townsfolk treat it as it should be, one huge party! Night stalls set up around the castle vicinity add to the festival like atmosphere, and people wearing yukata, summer kimono can be seen everywhere.

As darkness falls, the first test shots are fired into the air, temporarily quietening the crowds who respond with a hushed Ooooh! From there on in, it is though all Hell is unleashed, albeit the most colorful, delightful, magnificent hell there is. In rapid succession the many thousands of fireworks are shot into the warm night sky. Bom! Bom! Bom! Is heard as the cannon heft the huge gunpowder and explosive charges, some as wide as 30cm across, aloft. Then a moments silence, before a thunderous cacophony and shafts of light split the inky darkness apart.

Before long, the skies are filled with smoke from the continual explosions, and that smoke only serves to catch the light and further illuminate the darkness.

From 7pm, you will enjoy two and a half hours worth of the nations’ finest fireworks. It is best to make sure you arrive early, and if you plan on staying in Okazaki to enjoy all the history and culture the city has to offer, make sure you book a hotel well in advance. Meitetsu Trains taking only 25 to 30 minutes from Nagoya are usually packed full on the weekend of the fireworks.

You’re guaranteed of the biggest bang since the Big One! 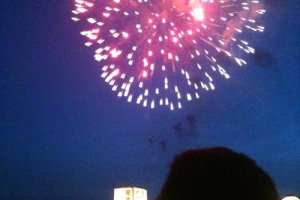 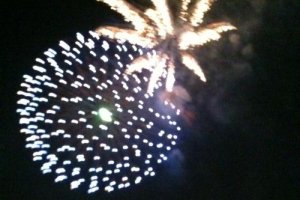 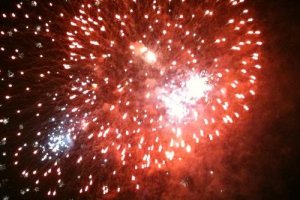 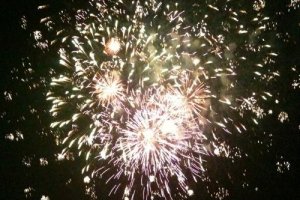 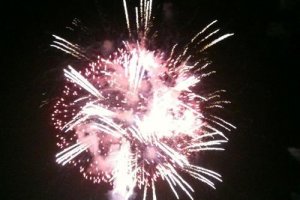 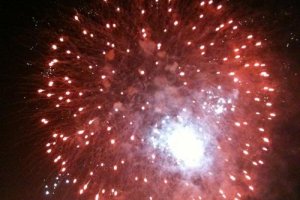 JapanTravel Guest 8 years ago
I have been to this festival only once but was impressed. On the river there are men dancing with fireworks in their hands, a mass of people in yukata and then big fireworks exploding over head.

It is quite the spectacle.
Reply Show all 0 replies
1 comment in total