Fields of golden flowers laid out before the eyes

A sea of bright golden flowers riding the slopes of green hills awaits you in the town of Yokohama. Thousands of people gather here for Yokohama's Nanohana Festival. This should not be confused with the Yokohama near Tokyo, this Yokohama is a small farming town in northern Aomori right at the doorstep of the Shimokita Peninsula.

As for the "nanohana", it refers to the luminously gold rapeseed flower, also known as canola. Every spring. the fields around Yokohama are painted with nanohana, providing visitors with a beautiful and serene landscape.

The nanohana are not only pleasant to gaze upon, they are the key ingredient to many delicious "only made in Yokohama" foods. The flowers are used in ice cream, doughnuts, oils, and many other fares. The nanohana plaza in Yokohama sells these products. Especially interesting are the nanohana doughnuts that were beyond amazing, especially when they are delivered to you warm because they are made only minutes beforehand.

The festival itself is held on the third weekend of May each year. In the middle of a nanohana field, food stalls and an entertainment stage are set up next to a maze of flowers about 4 feet tall. There is also a helicopter which can take you up for a short ride to see all the fields from the sky for a fee. The festival spans both Saturday and Sunday, but Sunday is host to a marathon. On any normal day of the year, Yokohama is a sleepy agricultural town. But with the arrival of the nanohana, it springs to life.

If you follow the pinned location on the map provided by this article by car, it will lead you to the "Nanohana Plaza" — the actual festival grounds are nearby. By train, take the JR Ominato line from Aomori City and get off at Mutsuyokohama. From the train station, it's about an hour walk or so to the festival grounds, but the nanohana can be seen everywhere you go in town. 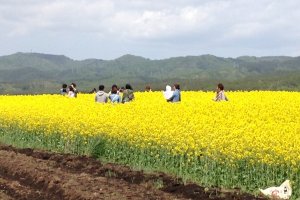 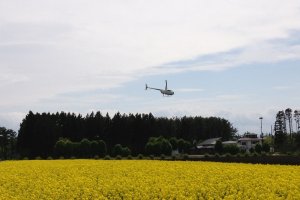 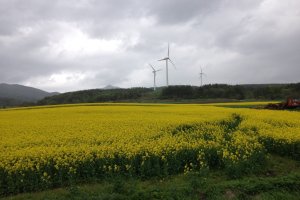 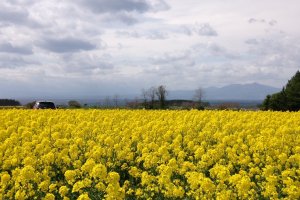 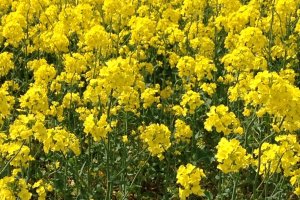 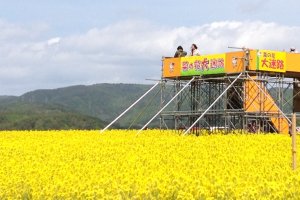 Elias Patrick Salazar 2 years ago
It’s beautiful and stunning! I’m coming from Tokyo on May 21. How do I get there via JR pass? What is the travel time from Tokyo JR station? Thank you!
Reply Show all 0 replies

Kim 2 years ago
Love the bright yellow of Canola fields! I spent a lot of time living in the countryside areas of Australia, where seeing those beautiful yellow fields was common. Makes for gorgeous photos!
Reply Show all 0 replies

Tharntip Tingsanchali 6 years ago
When you visited there, have you seen any taxis at JR Mutsuyokohama station? I plan to visit the festival by taxi. Thank you. ^^
Reply Show all 2 replies

Shawn Swinger Author 6 years ago
Hi Tharntip,
I have been at the station before, not for the nanohana festival, and I remember seeing a couple taxis. You might have to wait a few minutes because Yokohama is a small town so I am guessing there is a small number of taxis. Enjoy!
Reply

Tharntip Tingsanchali 6 years ago
Thank you! :)
Reply
5 comments in total