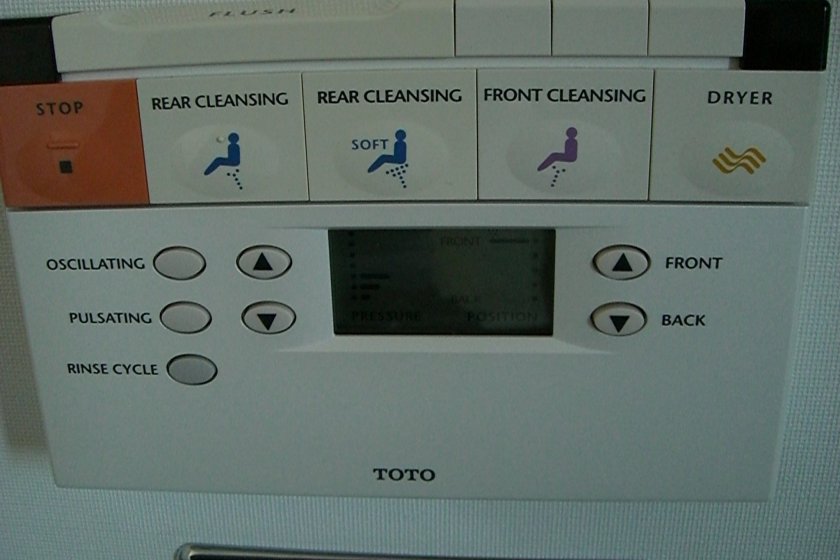 The Musical Toilets of Japan

Every traveler needs a toilet at some point

Some of the controls have English instructions; however, this is rare. (Photo: Nicole Bauer)

I have a friend who always used the euphemism, “going to the Toto,” whenever he was headed for the men’s room. He called it that because Toto is one of the most famous toilet and urinal makers in Japan. (Toto is the abbreviation of Tōyō Tōki which means oriental ceramics.)

The multi-feature toilet seats are commonly known as “washlets” since one of the seat’s main functions is to wash one’s nether regions using the built in bidet function.

What many people, including most Japanese, don’t know is that the forerunner of today’s washlets actually came from the USA. In 1964 the American Bidet Company sent the Wash Air Seat to Japan, which was first produced for hospital patients who, for various reasons, had a hard time using a regular seat and toilet paper. It was a detachable seat with a nozzle that sprayed warm water and blew hot air to dry the user’s bum.

Some people find the seats odd or even uncomfortable. But, trust me, it’s a lot nicer sitting on a warm washlet seat on a frosty morning than it is plopping one’s derriere down on a ring of ice. Most seats allow the user to adjust the seat’s temperature (turn it off in the summer, for example), the water temperature, the spray’s pressure, and some even have a pulse feature for a backside massage.

Tourists visiting Japan, and using washlets for the first time, have been known to grow to like these seats so much that they took one back to their home country. In fact, in the USA, the seats are becoming more readily available in home centers and online as their popularity grows. One thing to keep in mind, if you decide to buy one of these nice-to-have seats, is that all require a nearby electrical outlet. Most western bathrooms don’t have such outlets, but they can be installed as long as safety type outlets are used. These outlets automatically shut off if water gets in them.

If you find you can’t live without a washlet once you’ve gotten used to them in Japan, but you don’t want to install a special electrical outlet, or hook the seat up to your toilet’s water supply, Toto and a few other companies offer a portable version that will also easily fit in your suitcase for those trips away from home.

There are washlets that have so many functions that they are known as intelligent toilets. These toilets include a multitude of features in addition to the regular warm seat, wash, blow dry, and deodorizing. They also include the ability to measure blood sugar in the user’s urine, pressure pads to measure body fat percentage, and weight. The normal washlets are often found in hotels and even public restrooms, but these more sophisticated seats are usually only found in private homes due to the high price.

The pictures in this article show samples of the remote controls typically found near the seat. One photo shows the translation (you may want to save this one). Not all have remotes, in which case the controls will be located at the side of the seat. The video shows how the automatic seat raising function works. This particular one was set for men so both seats raise up when someone stands in front of it. It’s readily adjustable for women too so that only the top seat raises. 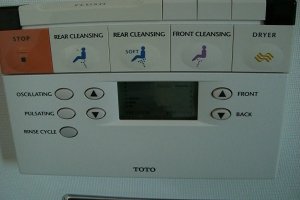 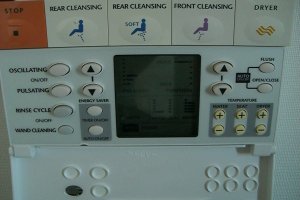 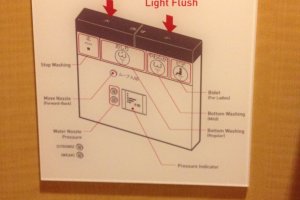 Elizabeth S a year ago
Push all the buttons! But first, adjust all the settings to low... I've got one at home, too.
Reply Show all 0 replies

Sherilyn Siy a year ago
I've been totally spoiled by Japan's toilets.
Reply Show all 2 replies

Joe Peters Author a year ago
Yes - that's a common reaction, I think. I know people who are putting them on their toilets in the US now. We've had them in our home there for years.
Reply

Sherilyn Siy a year ago
Comedian Ali Wong says a Toto washlet is in her wishlist and she hopes by mentioning it in her book, Toto might give her a complimentary washlet! :)
Reply
4 comments in total