Legends and traditions connected with the moon

The moon is an object of legends, poetry and other art forms in many countries and cultures around the world. In China and other Asian countries, people celebrate the Lunar New Year which coincides with the winter new moon at the end of the full lunar cycle, otherwise known as the winter solstice.

Up until the year 1873, Japan used the lunar calendar based on ancient knowledge about the movement of the moon in the sky. By tracking the phases of the moon and observing natural phenomena, people have come to the conclusion that the rhythms of the surrounding world are consistent with the change of lunar phases, and harmony in nature is connected with the energy of the moon. Later, those ancient conclusions were proven by science. The moon does affect the earth's nature, and since we are part of this nature, the moon's energy affects us as well.

Japan has some unique traditions and legends about the moon. Since time immemorial there was a custom of admiring the full moon, called otsukimi. Japanese considered the autumn moon to be the most beautiful, and with the onset of autumn, festivals were held throughout the country to express gratitude for a good harvest. Traditionally, houses were decorated with silvergrass and special ritual treats were made from rice known as tsukimi-dango. According to the old calendar, the full moon came on the fifteenth of each month, and it is especially beautiful in September. Feasting one's eyes on the moon on that day was called jugoya-no-tsukimi.

In modern Japan those traditions are not as important as they used to be, however they are kept in some ways. I met the artist Ihunke who had created a composition of ‘dolls’ (which were actually the figurines of animals) called ‘The Moon Garden’. I was interested to learn the story behind it - of ‘The Moon Hare’ or ‘Tsuki no usagi’. Legend says that long ago, Buddha traveled on the Earth. When he got hungry and took a break, animals brought him treats and only the hare had nothing to offer. Then the hare rushed into a fire to roast himself as an offering for Buddha. Buddha was very touched by such self-sacrifice and granted immortality to the hare and settled him on the moon. Looking at the moon, it's said that you can see a silhouette of ‘tsuki no usagi’ (the moon hare) grinding a medicine for immortality with a mortar and pestle.

Another famous legend is ‘Kaguya-hime’, which tells the story of the moon princess Kaguya.

A bamboo cutter found a miniature girl inside a glowing bamboo shoot. Believing her to be a divine presence, he and his wife decided to raise her. The girl grew up rapidly, and one day her father found gold and fine cloth in the bamboo grove in the same way he found his daughter. He began planning to make her a proper princess and moved to the capital.

Finally, Kaguya-hime revealed to her parents that she originally came from the Moon. Once she broke its laws, hoping to be exiled to Earth so that she could experience mortal life. When the Emperor himself made a proposal, she silently begged the Moon to help her.

On the night of the full moon, a procession of celestial beings led by the Buddha descended from the Moon and gave Kaguya a robe that would erase her memories of Earth. Kaguya-hime looked back one last time, and cried silently as she recognized the love from her parents.

These legends are quite popular in Japan and it was interesting to learn about them! 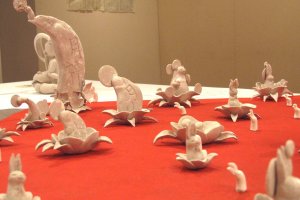 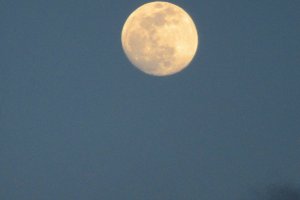 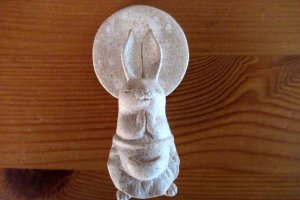 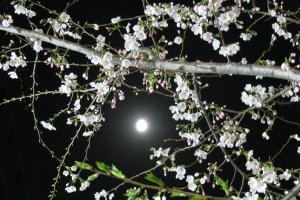 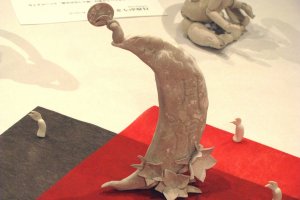