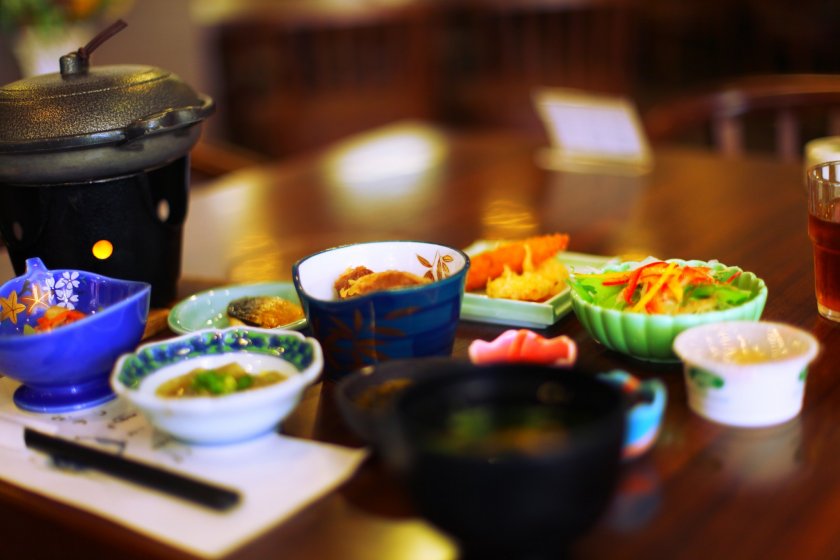 Traditional breakfast—what's it all about?

All those fresh ingredients help freshen me up for the day!

Japanese food has become renowned across the world; delicate treats such as sushi and mochi (pounded rice) are popular everywhere. Hearty dishes such as ramen and gyoza (dumplings) are also famed Japanese meals. But what do the Japanese eat for breakfast?

Breakfast is a very important meal, and although western style toast or cereal might be eaten sometimes, a traditional breakfast is a work of art. I love this element to Japanese culture; such pride is taken over every meal, and breakfast is not a sloppy bowl of porridge but a finely crafted selection of dishes and intense flavours that has been enjoyed for hundreds of years.

During my stay at Hotel Grantia Wakamiya in Fukuoka, the fantastic breakfasts were both gourmet delights and a learning experience. Typically a Japanese breakfast will consist of many components, though the two necessities are miso soup and rice. Common other dishes include natto (fermented soy beans), grilled fish or sashimi, tamagoyaki (Japanese rolled omelette) and pickled vegetables. Every morning I received an impressive spread, with a different type of fish and salad. Other side dishes included a cold potato stew, nori (seaweed), pickled daikon (radish) and cucumber. Sometimes in Japanese households what doesn’t get eaten at dinner becomes breakfast. So treats such as tempura, croquettes and tonkatsu (fried cutlet) can be found at the breakfast table. The accompanying drinks are usually green or oolong tea.

One of the blends of eastern and western breakfasts can be seen in the egg. Traditionally, hard boiled eggs are very common. But at Wakamiya I was served a small black pot above a burner, this was lit at my table, inside was a raw egg and three rashers of Japanese bacon. Being served in the traditional pot, the twist on eggs and bacon was great! If you are planning on making a trip to a ryokan (Japanese inn), don’t be surprised if you have to cook something at your table, from fried eggs to grilled fish is it very common practice to have some element of “do it yourself” at breakfast time.

Some tourists may find it hard to stomach the thought of fish and rice at breakfast—you’re craving pancakes and syrup right? But this is one of the fundamental points of Japan culture, and a great experience—not to mention healthier! If you’re braving the fish and rice go ahead and get some natto—possibly Japan’s most controversial dish amongst foreigners. With the appearance of slimy beans and a powerful smell, many are put off at first sight. But if you’re going the whole hog with this Japanese breakfast thing, why not? Think of it in the way a connoisseur likes stinky cheese. Most people eat natto with soy sauce and sometimes raw egg, often with rice. Perhaps an acquired taste, natto is high in protein, low in cholesterol, and a significant source of fiber and several vitamins and minerals.

So give it a go and see which side of the breakfast line you fall. The savoury breakfast can be a little daunting at first, but sitting down with friends and roasting a fish can be an excellent start to the day. After one try I’m sure you’ll be hooked and switching on your rice cooker at 7 am back home! Itadakimasu. 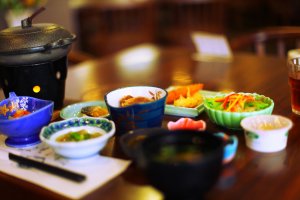 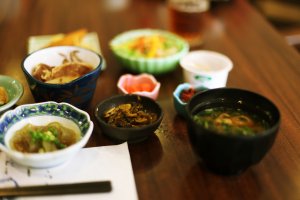 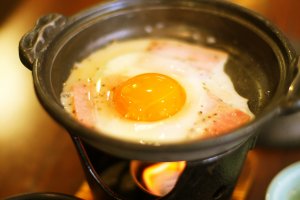 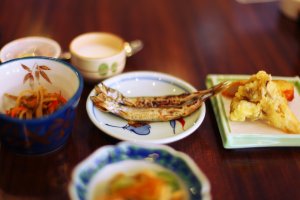 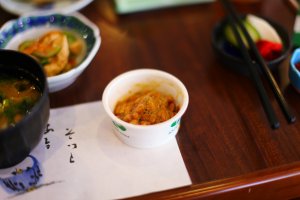 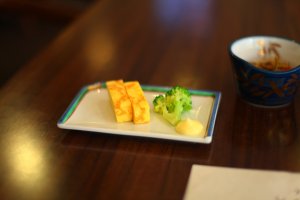