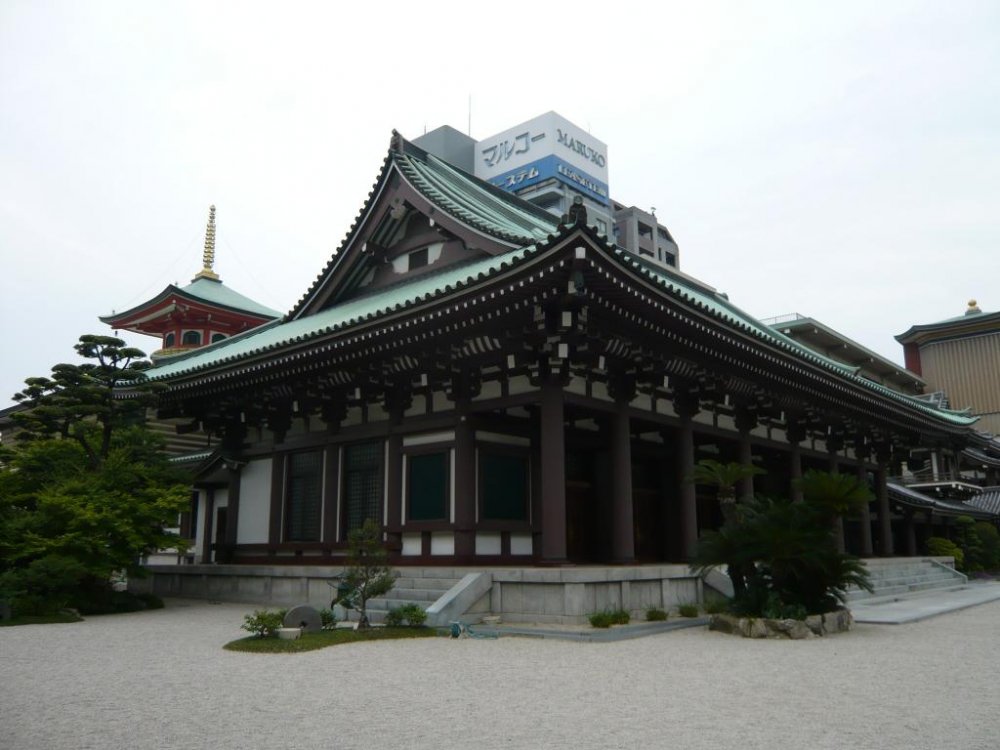 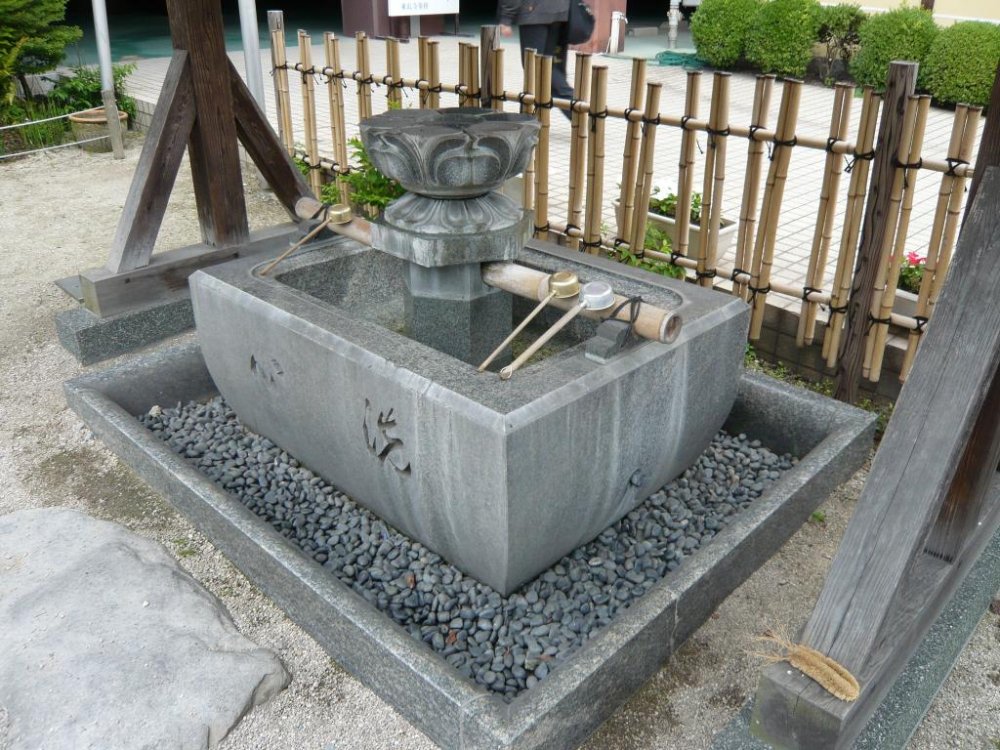 A place to purify yourself for your visit 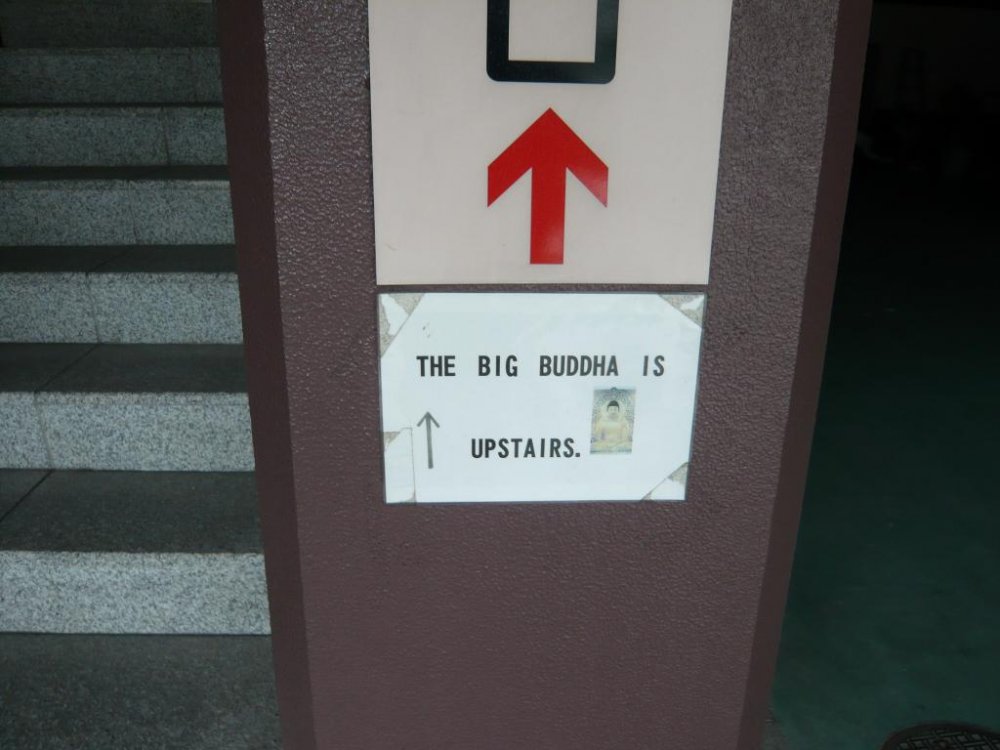 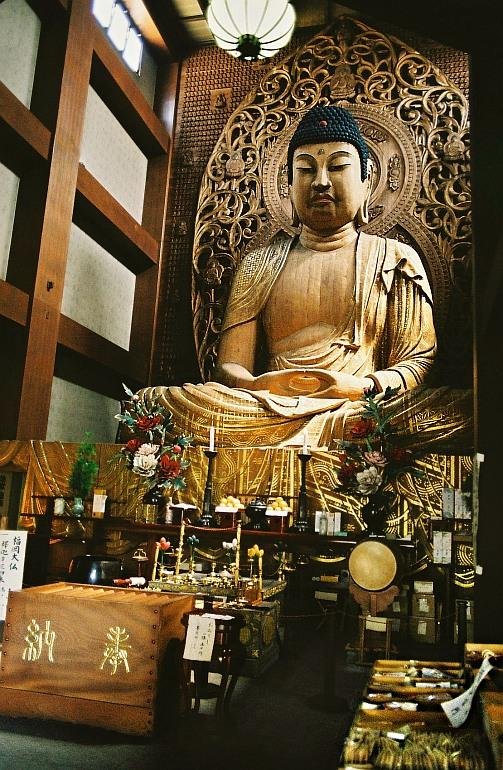 The largest wooden Buddha in Japan (Photo: From the Fukuoka travel website) 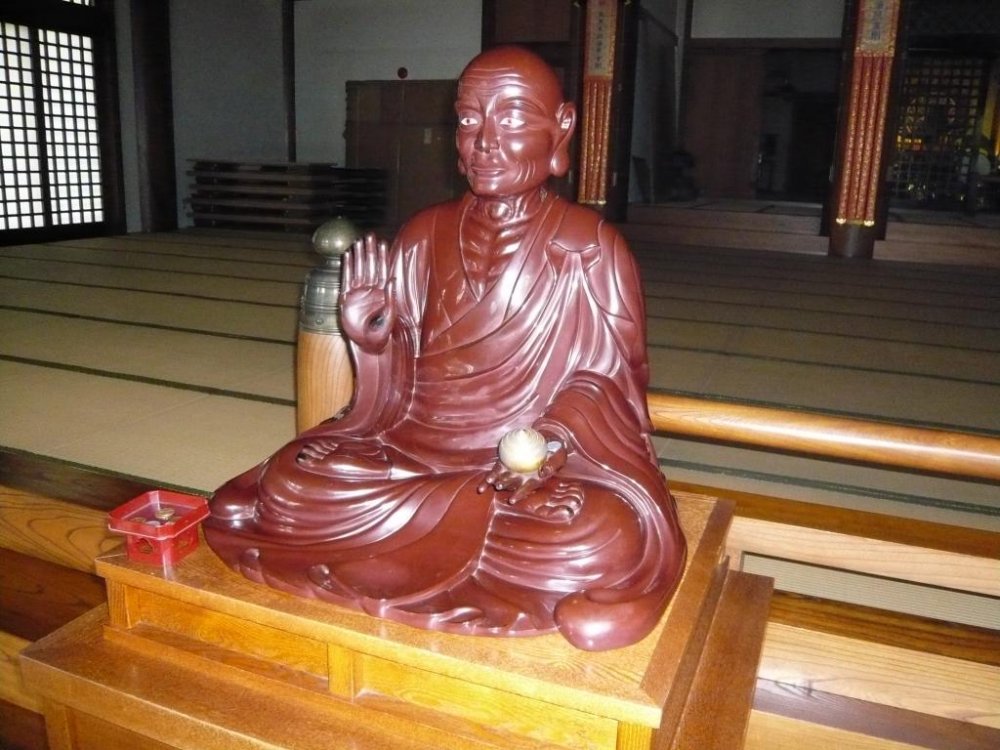 Kukai, otherwise known as Kobo Daishi, a saint of the Shingon Buddhist sect 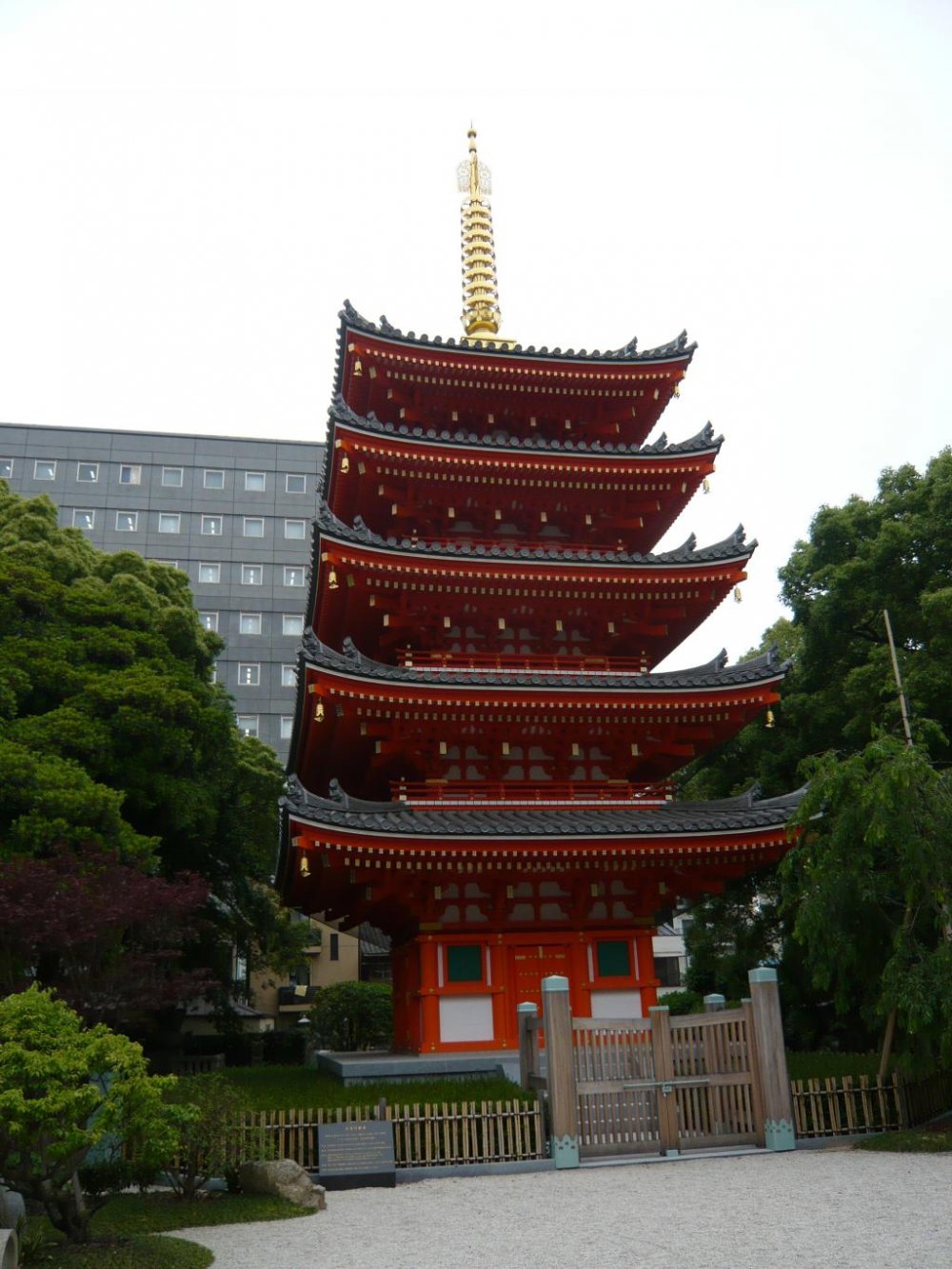 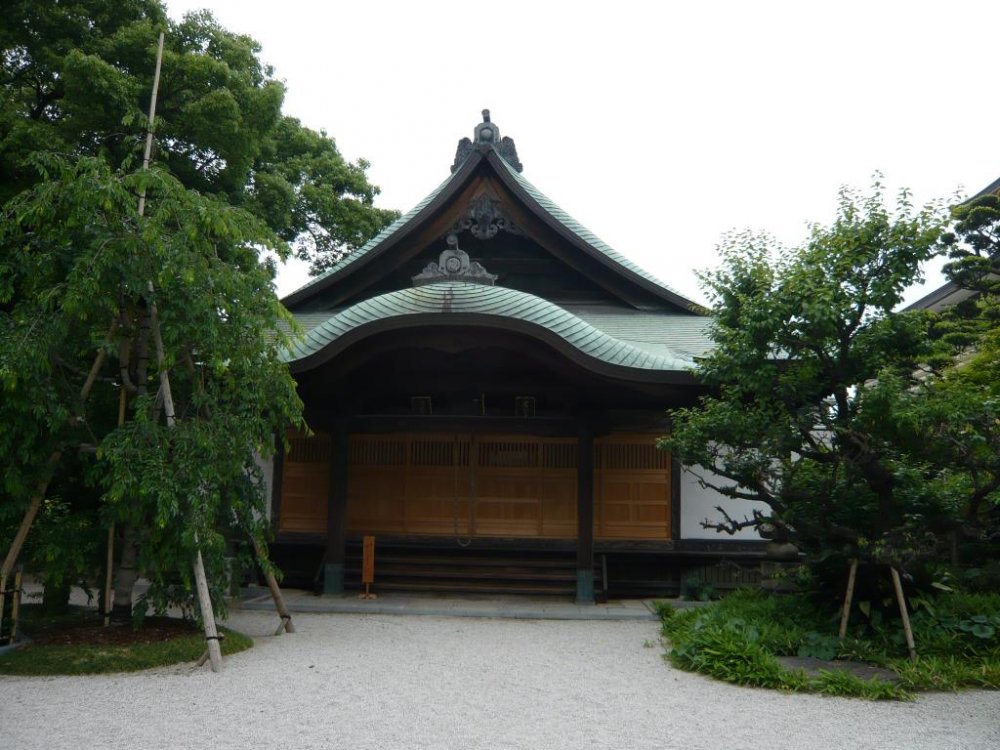 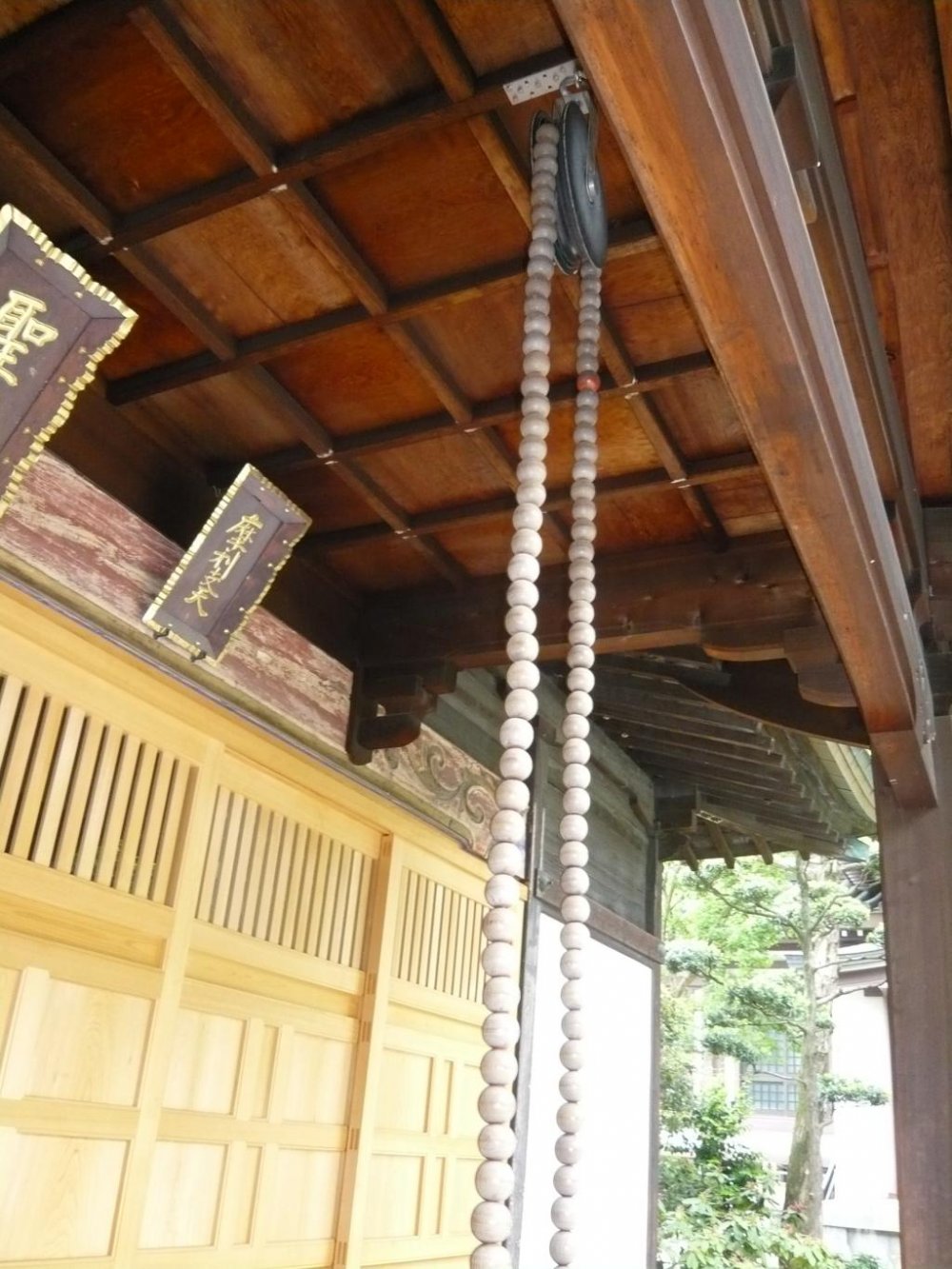 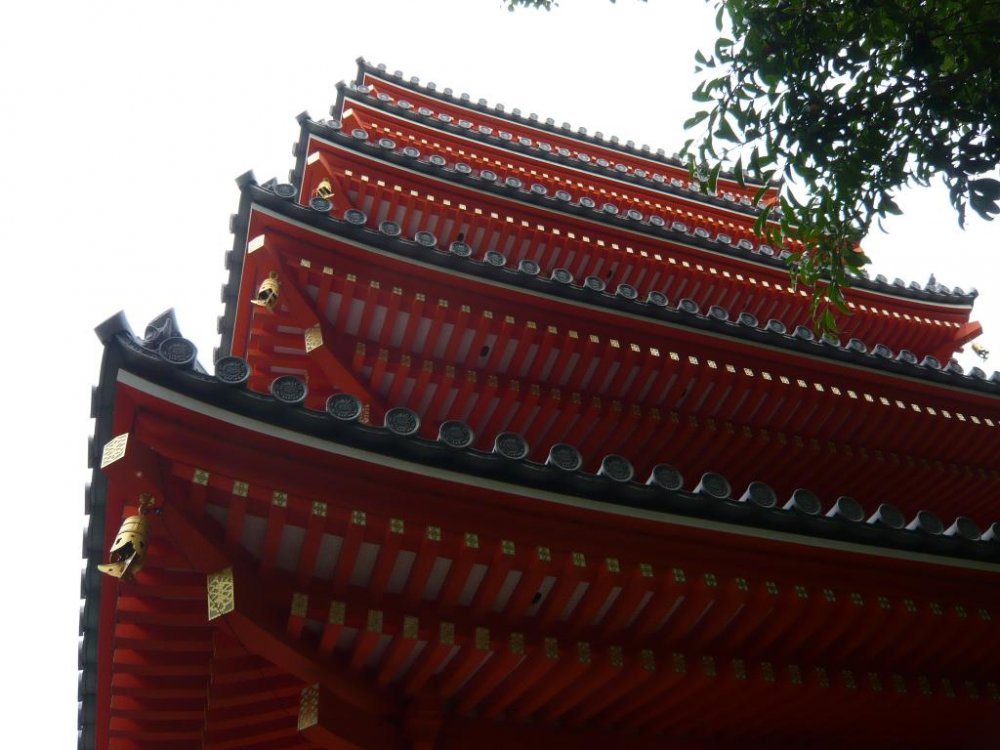 The pagoda from below 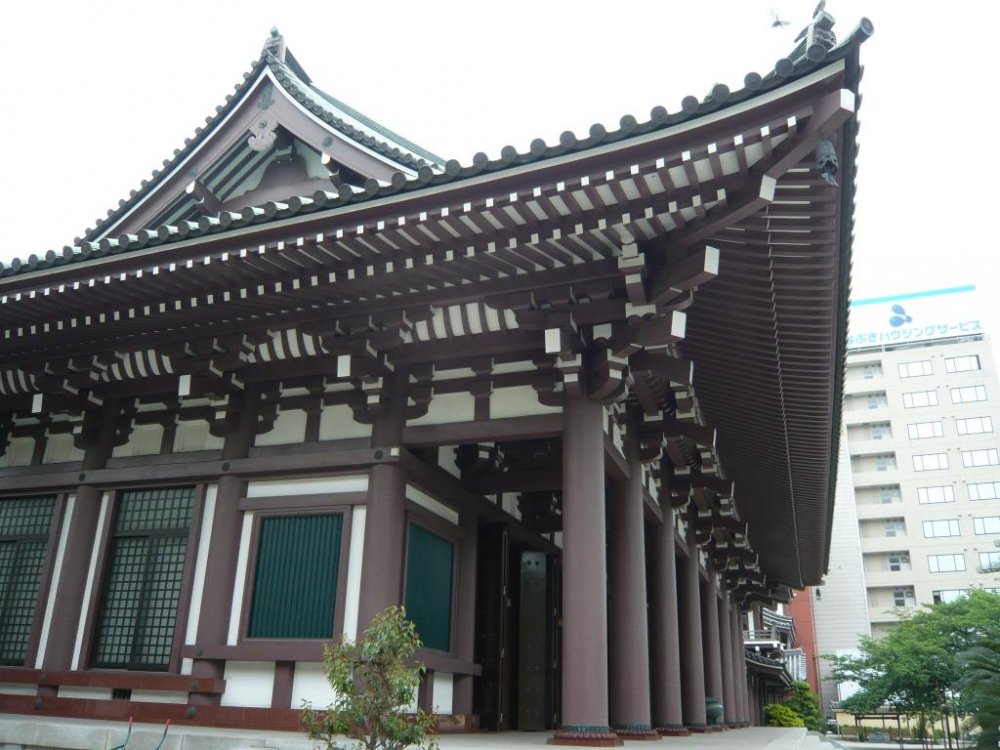 The main hall of the temple 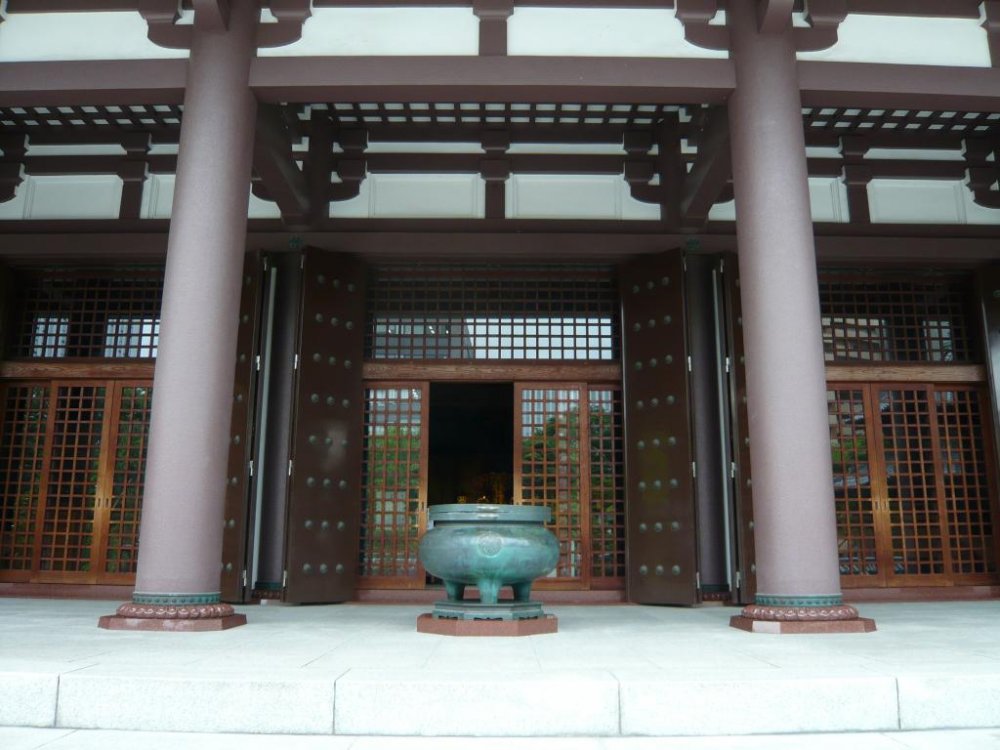 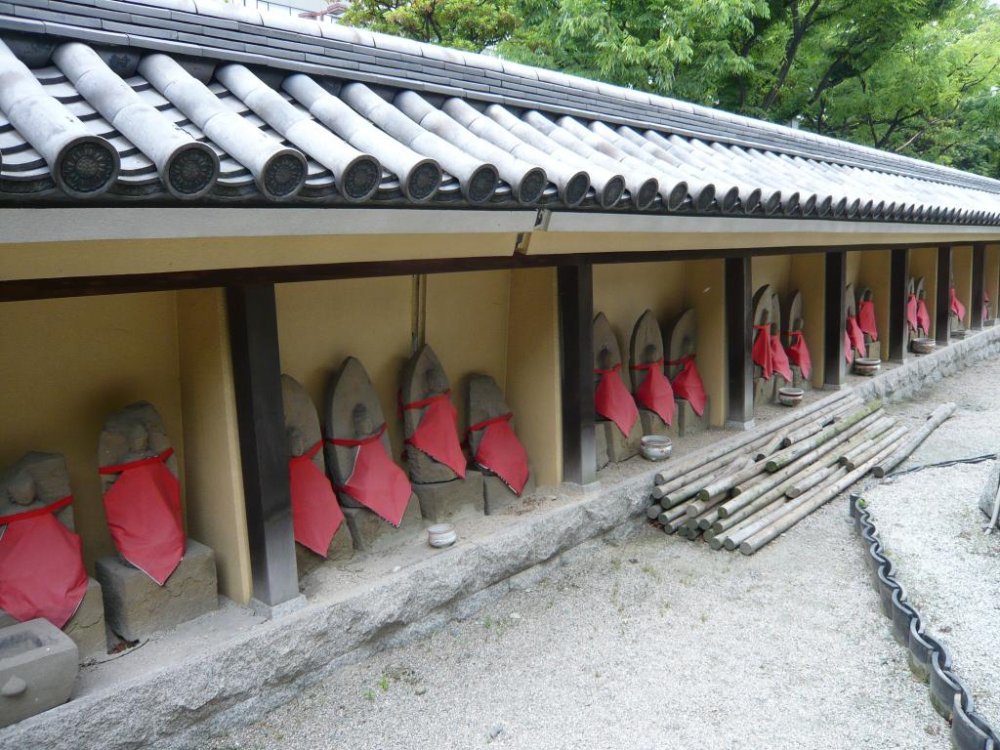 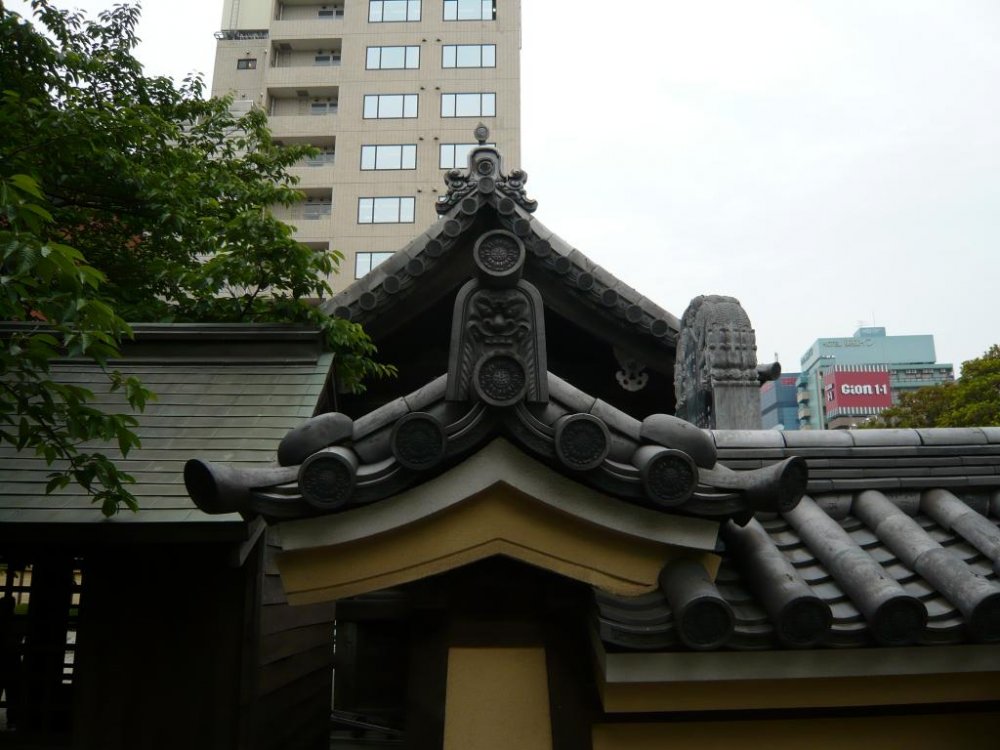 A detail of the tiling on the temple enclosure 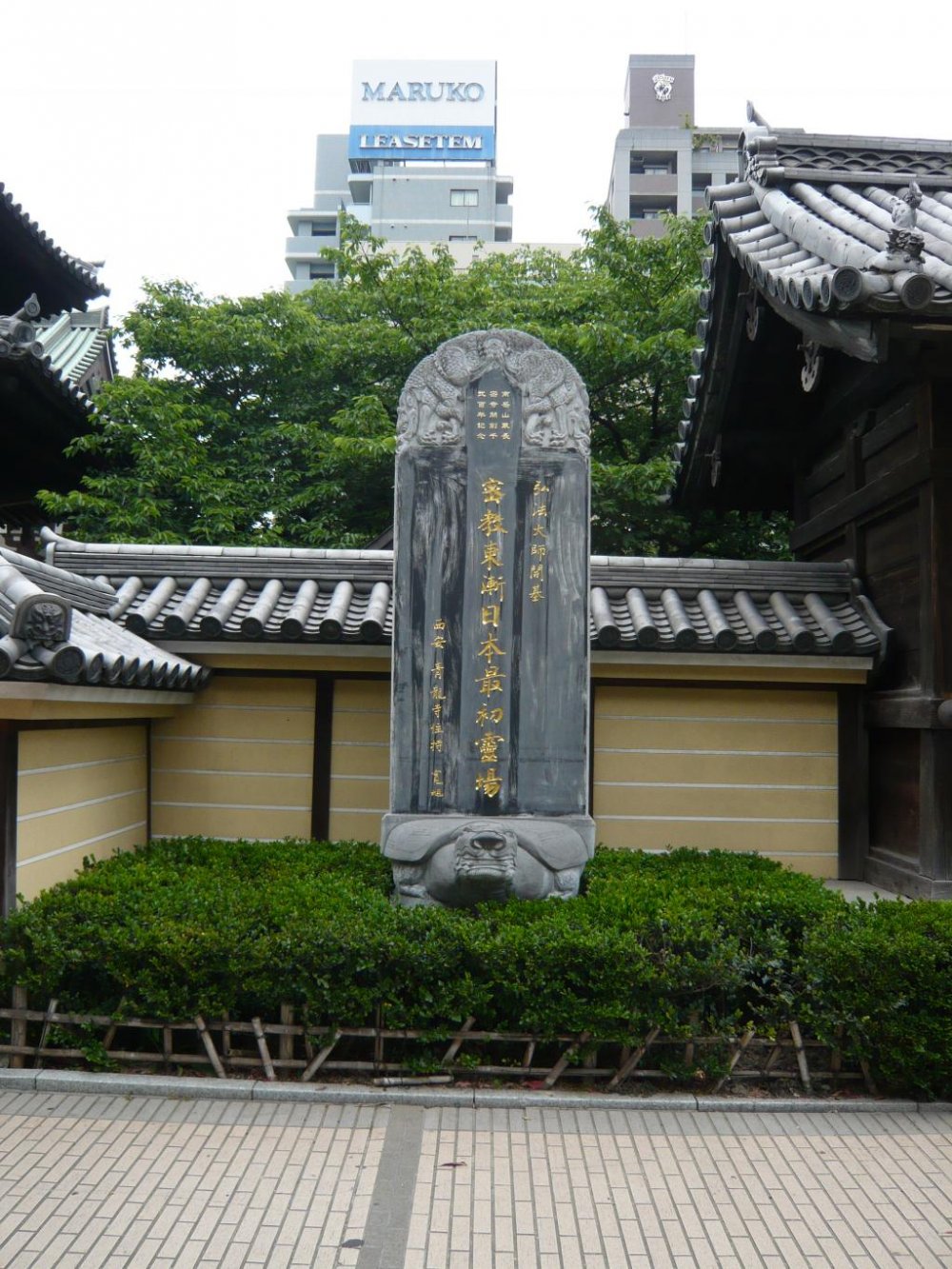 The burial place for three samurai lords of the Kuroda clan 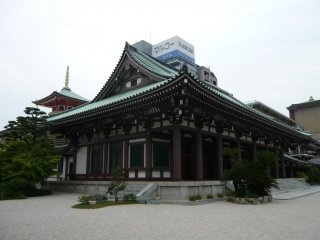 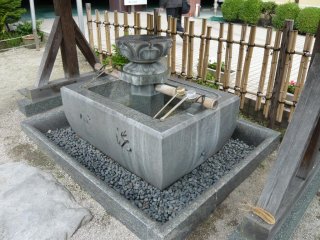 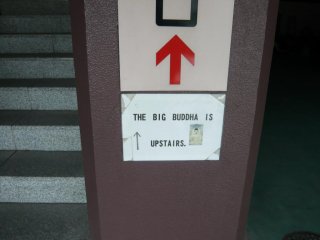 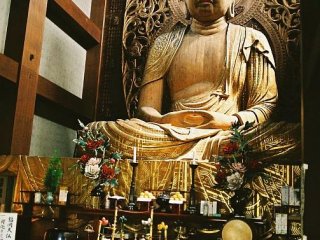 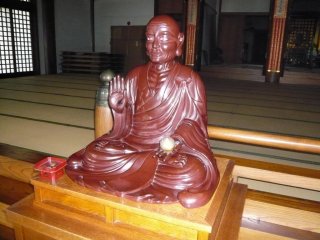 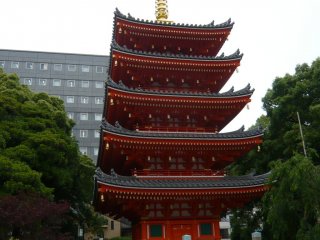 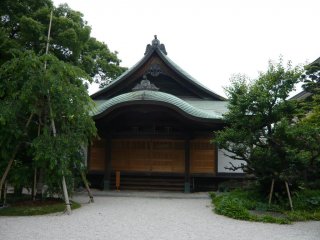 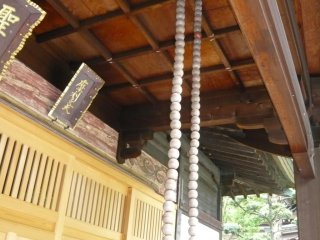 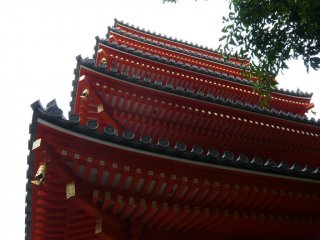 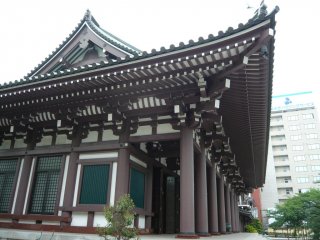 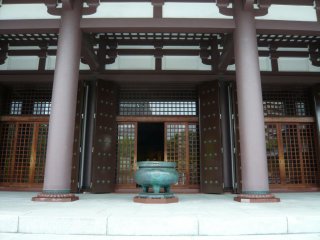 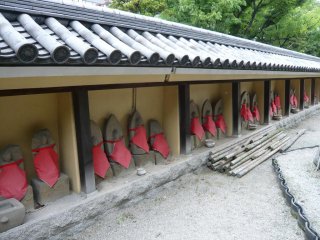 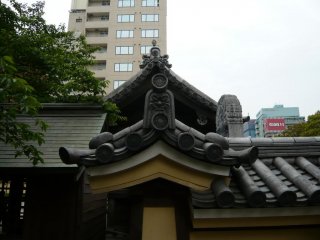 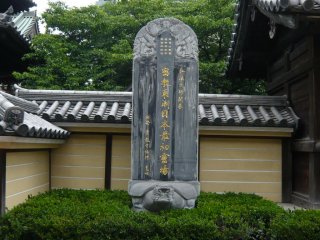 It is said that Tocho-ji (東長寺) was dedicated to the Buddhist saint Kukai who built it in 806. In the temple cemetery Tadayuki (the second lord of the Kuroda clan in the Edo period [1602-1654]), Mitsuyuki (the third lord [1628-1707]) and Harutaka (the eighth lord [1754-1782]) are interred. They were originally buried in this temple and are still there. The latter Heian period (794-1185) wooden statue of Kannon inside the temple is a nationally designated Important Cultural Property, as are the hexagonal building and graves at the city-designated level. Furthermore, the temple also contains the largest seated wooden statue of Buddha in Japan.