The canal city of Yanagawa in Fukuoka Prefecture celebrates the annual Doll Festival (Hina Matsuri) with several colorful events over the course of two months.

Celebrations in the city kick off with a special parade, a procession of local girls dressed up as princesses who ride through the streets on decorated ox carts. A second procession occurs a month later, on the third Sunday in March, only the venue changes to the city’s canals. Throughout the two months, local businesses, restaurants and the city’s Ohana Villa open their doors to allow visitors to view their impressive Hina doll displays and hanging sagemon decorations.

The festival runs annually from February 11th to April 3rd. 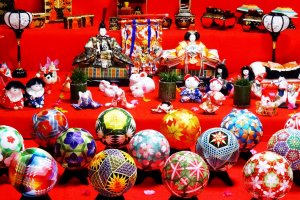 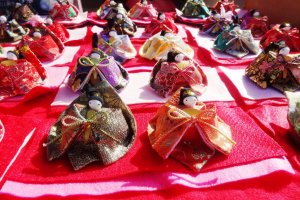 Mandy Bartok Author a month ago
While the initial opening parade for the 2021 festival was cancelled, it seems the dolls displays are still going ahead this year. (http://www.yanagawa-net.com/news_event_detail.php?id=151)
Reply Show all 0 replies

Relinda Puspita 2 years ago
It must be colorful and cute. :)
Reply Show all 0 replies
2 comments in total