Bring the food you like back home with you

One of the things Japan is famous for is its wide range of food. Some people even say you have to live a year round in the country to actually be able to taste the complete assortment of food, since every season knows many specialties. In this guide I’d like to share some really easy recipes for you to bring home the Japanese taste. The only thing you need is a local Asian shop (toko) to buy some Japanese ingredients.

Goya is a bitter melon often used in the Japanese kitchen. It does taste very bitter but, when it's prepared properly, even people who don't like bitter food will actually like this. This recipe is for a small serving for two people, but doesn't make a complete meal, so be sure to serve with rice and other dishes.

Renkon with Komatsuna and Ginger

Renkon is an Asian vegetable often used in Japanese cuisine. Uncooked it feels like wood, but sliced and cooked or fried it gets a bit softer, and makes your dish visually stunning because of the hole pattern. Komatsuna is Japanese spinach. Because of the ginger and komatsuna, this dish is full of vitamins and minerals.​ 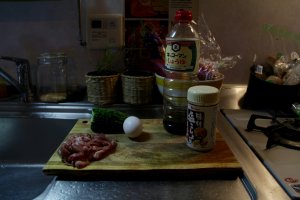 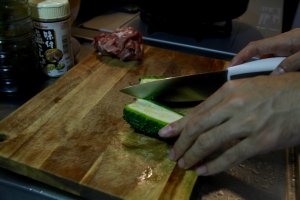 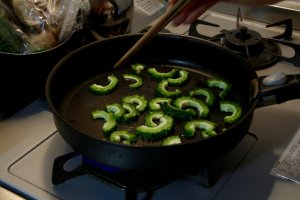 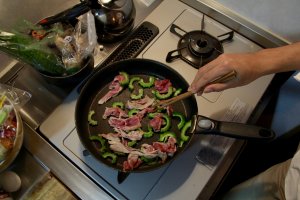 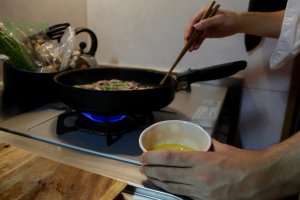 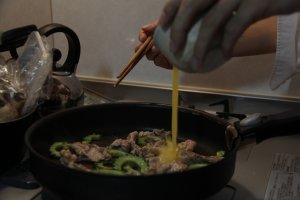 Kim 2 years ago
I've never really enjoyed goya but maybe I need to give this recipe a try!
Reply Show all 1 replies

Sleiman Azizi 2 years ago
Me neither but once it's prepared properly goya is actually quite nice.
Reply

Sophia Warren 6 years ago
Definitely want to try this out! Thanks for sharing :)
Reply Show all 0 replies

Victoria Vlisides 6 years ago
Awesome Idea! Only problem is, I'm super hungry now. You should keep this going as a series!
Reply Show all 1 replies

Sleiman Azizi 2 years ago
Good idea...
Reply
5 comments in total
Back to Contents