With some one hundred and forty sculptures throughout the country currently designated as National Treasures, Japan is not short of statue heritage. These vast majority of these treasures, created from mainly from wood, but also from bronze, clay or stone, are to be found in both Nara and Kyoto prefectures with both respective cities holding the lion's share of National Treasures. However, like many other locations around the nation, Tokyo city manages to sneak onto the National Treasure list with two vastly different sculptures under its care. Here is a simple guide to where in Tokyo these National Treasure sculptures can be found.

Tokyo's second oldest Buddhist temple, Jindai-ji Temple in Chofu City is also home to eastern Japan's oldest Buddhist statue. Sculpted out of bronze, the Hakuhoh Buddha is also known as Shaka Nyorai Izo, representing the Buddha as seated on a chair. The almost one metre tall gilded bronze sculpture dates back to the late 7th-century Asuka era and though discovered inside the temple's hall in 1909, mystery remains as to how the statue found its way to the temple in the first place.

The Okura Museum of Art in central Tokyo was Japan's first private art museum. Established in 1917, the museum was destroyed as a result of the Great Kanto Earthquake of 1923. Rebuilt, the museum's collection now includes a number of items designated as National Treasures including a Fugen Bosatsu Buddhist statue seated upon a raised pedestal while riding a stylised elephant. Sculpted out of wood, the coloured statue dates back to the 12th-century Heian period and features cut-gold foil as part of its design. 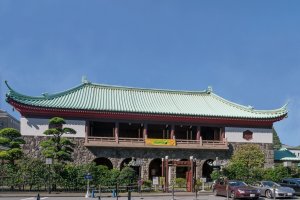 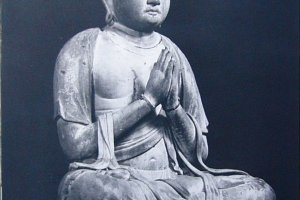 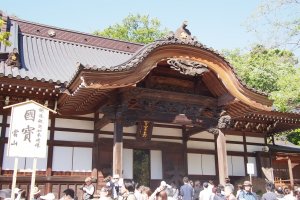