Nationally recognised nature and history rolled into one

Recognising nature with a dash of the historic, Japan's Natural Monument and Historic Site category features a unique representative within Tokyo. Land with a long history, including once land belonging to the Imperial family, Tokyo's listing is now part of a natural research centre open to the public. Here is a simple guide on where to find Tokyo's Natural Monument and Historic Site.

Originally designated as a Natural Monument and Historic Site in 1949, the Former Imperial Land in Shirogane now sits as the National Institute for Nature Study with its grounds extending from Minato City Ward into Shinagawa City Ward.

One of the very few areas of natural forest remaining in the city, the former Imperial grounds are thought to have housed the Muromachi period residence of the Choja. As time passed, the grounds became home to other structures, including a villa belonging to an Edo period feudal lord and a weapons and ammunition storehouse for the military during the subsequent Meiji era. The land then became Imperial property in the Taisho era, providing the source for the modern naming of the area.

These days, the grounds are part of the National Institute for Nature Study, and make up the entirety of the property. Viewed from on high, the grounds are clearly distinguished from the modernity of the urban Tokyo that surrounds it, a living reminder, perhaps, of a very different age.

Recognised primarily for its natural value, the number of native plant species found here is said to number over five hundred. A substantial storehouse of natural Tokyo, the grounds also feature much variety in terms of fauna with animals, insects and birds providing researchers with ample work and visitors much to enjoy. 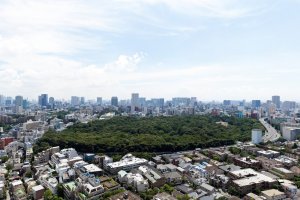 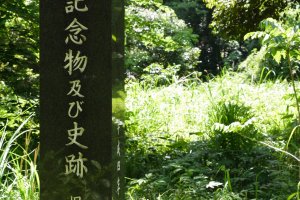 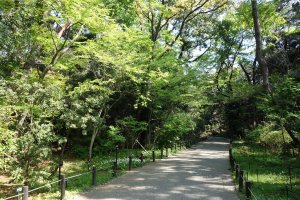