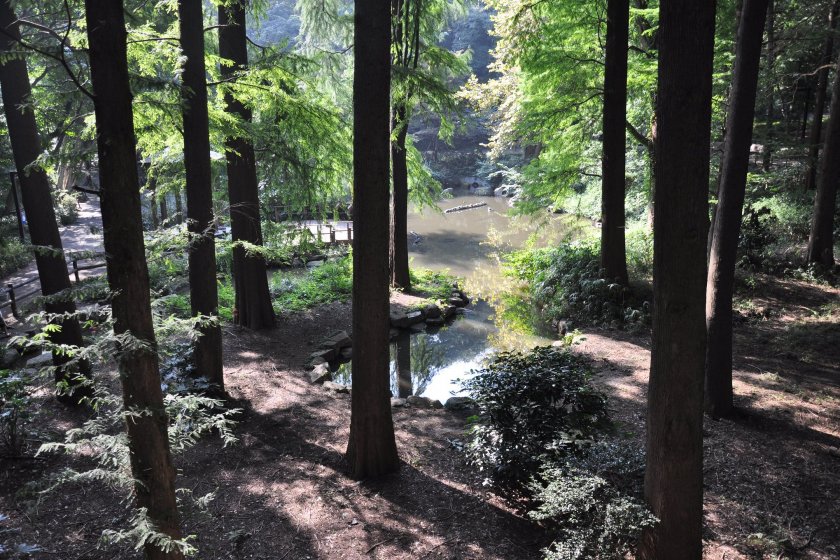 More than just a transportation hub

The natural world of Rinshi no Mori

Replete with modernity, history and culture, Shinagawa City is more than its harbour views and transportation hub. It's temples and shrines are culturally recognised, its galleries local and personable and its parks and history are wonders of nature and time.

Designated as one of Tokyo's top ten shrines by Emperor Meiji, Shinagawa Shrine features a fujizaka miniature version of Mt. Fuji established as part of a Mt. Fuji cult that began in the Edo period. With its dragon decorated torii gates, the shrine features in many shrine tours and pilgrimages.

One minute from the North Exit of Shinbamba Station on the Keikyu Main Line.

Said to be Shinagawa City's oldest temple, Honsenji Temple is famous for its seated bronze jizo statue, one of six set at the entrances to the old Edo city. Numerous ceremonies and rituals, like the New Years bell ringing, firewalking in September, and others are a highlight of the temple.

One minute from the East Exit of Aomono-yokocho Station on the Keikyu Line.

Beginning as a nature research centre, Rinshi no Mori Park opened up to the public in the 1980s. With several hundred trees, it's the perfect place for nature walks, as well as bird and insect watching. A couple of playgrounds will keep the kids happy and the pond is full of turtles and koi fish.

Ten minutes from Fudomae Station on the Tokyu Meguro Line.

Six minutes from Oikeibajo-Mae Station on the Tokyo Monorail.

Scheduled to close at the end of 2020, the Hara Museum of Contemporary Art is a beautifully small backstreet gallery. The building itself is a 1930s art-deco mansion and an example of Showa period architecture. Regular exhibitions as well as a lovely garden and cafe make the museum a wonderful place to visit.

Fifteen minutes from the Takanawa Exit of Shinagawa Station on the JR Yamanote Line.

With its adjustable exhibition space and modern equipment, O Art Museum is a community driven rental space with a sleek contemporary design. Various exhibitions are held throughout the year and the museum is connected with the unique online Shinagawa Internet Museum of Art.

One minute from the East Exit of Osaki Station on the Rinkai Line or the JR Yamanote Line.

Home to Tokyo's largest traditional shotengai shopping streets, Shinagawa's shotengai feature the 800m long Musashi Koyama and the whopping 1.3km of Togoshi Ginza feature a combined total over 700 stores. An absolute bonanza of traditional shopping and culture, these shotengai are a must for a day of strolling, snacking and shopping.

Four minutes from Togoshi-Ginza Station on the Tokyu Ikegami Line.

Heading to Kyoto, Shinagawa-juku was the first post town upon leaving Edo. Following the Tokaido trail today leads you to some fascinating monuments to the city's history including old Showa-styled buildings, an Edo period bridge nicknamed the Bridge of Tears and numerous temples and shrines.

Two minutes from Kita-Shinagawa Station on the Keikyu Main Line. 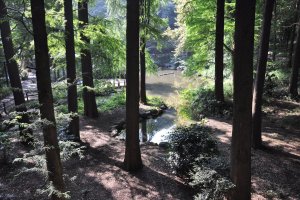 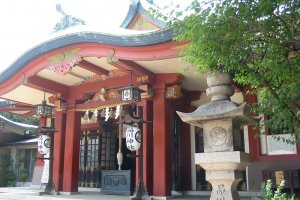 Kim B 5 months ago
I'd love to check out the contemporary art museum!
Reply Show all 2 replies

Sleiman Azizi Author 5 months ago
The Hara museum is part of a very small network of museums operated by the Foundation Arc-en-Ciel. They have another museum in Gunma which will be the last one after the Shinagawa branch closes.
Reply

Kim B 5 months ago
Oh, love Gunma! Good to know!!
Reply
3 comments in total
Back to Contents