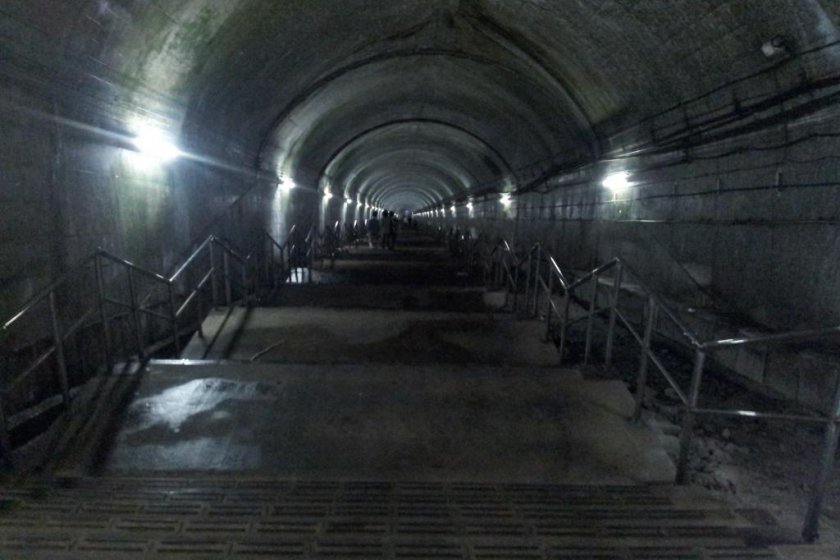 Steps into the Depths

At the risk of sounding like a bit of a trainspotter, Doai Station on the Joetsu Line just outside Minakami is one station you really want to visit if you like “out there” Japanese trainy stuff. The northbound and southbound tracks are in separate places. Coming from Niigata back to Yubiso/Minakami the platform is where you would expect it to be; set amid the beautiful nature at the foot of Mount Tanigawa. It is the northbound platform heading across the border into Niigata and towards Echigo Yuzawa that offers the jaw-dropping surprise. It is 70 meters below ground set in part of a 12 kilometer tunnel, requiring anyone disembarking there to negotiate 480+ steps back to the surface. There is a reason it is called “Japan’s Top Station for Moles.”

It is an amazing sight whether you see it from the top or the bottom. The tunnel disappears with seemingly endless flight of steps. Although a working station, it is a tourist location in its own right with several local hotels running trips to view this impressive work of engineering. Even people riding the train try to hop out to snap the obligatory photo before their journey continues under the Tanigawa range.

Doai Station is unmanned and looks a bit run down but there are a steady stream of curious visitors, especially on the weekends. It is the closest station to Mount Tanigawa so there are often hikers, weighed down with bulging packs starting their trek up one of Japan’s famous 100 peaks with a grueling 480 step workout. JR thoughtfully placed a bench half way up for anyone that needs to catch a breather! Beside the stairs is a strip of rock and rubble that looks very much as if, in wealthier times, there was an intention to put a massive escalator in. In winter there are often climbers camping in the waiting room overnight before heading up Mount Tanigawa to practice their alpine skills. Back in the 80s there were even a couple of Aussie ski bums who made Doai Station their home for most of the winter, heading up to Tenjindaira everyday to make the most of the backcountry and popping back to Minakami to stock up on supplies and take an onsen.

Suggesting a stop to check out a train station raises eyebrows but everyone who goes there is blown away by the stairs down into the tunnel. It is a rare visitor who doesn’t head down, often regretting it as they slog back up. In the heat of the summer it is fantastically cool down there, though the return hike tends to counteract that quite quickly.

It is a quick stop but you will be amazed and bewildered, probably wondering about the reason for such a remote station. 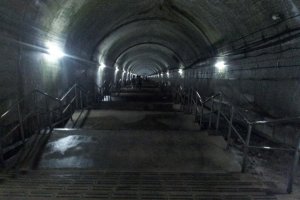 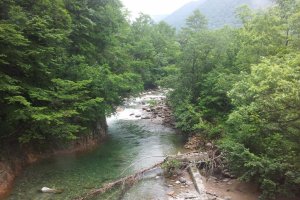 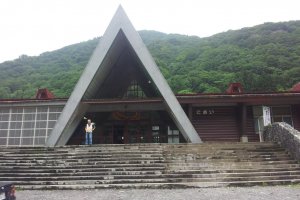 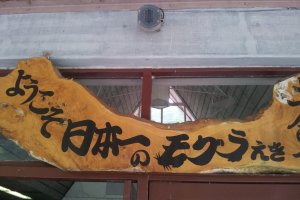 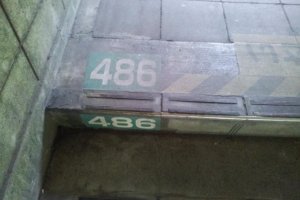 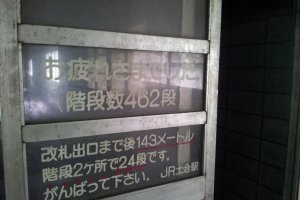